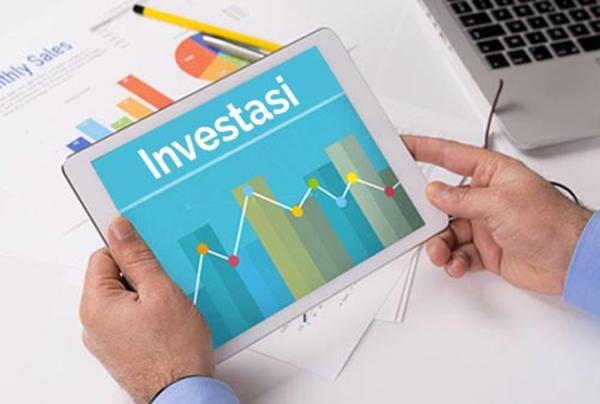 President Joko “Jokowi” Widodo’s aggressive efforts to lure more foreign direct investment (FDI) ahead of his second term in office has been warmly met by South Korea, which also sees the need to expand its trade amidst “turbulent” economic circumstances in the wider region.

South Korea and Indonesia are ambitiously aiming to conclude talks on the Indonesia-Korea Comprehensive Economic Partnership Agreement (IK-CEPA) before the start of Jokowi’s second term on Oct. 20, with a view to announcing the deal at a regional summit in November.

Trade Minister Enggartiasto Lukita announced last week the proposal to wrap up trade talks as soon as October, when he meets South Korean counterpart Sung Yun-mo on the margins of the upcoming Trade Expo Indonesia.

“Our tentative deadline is to complete in principle the general negotiations on goods and services by Oct. 16,” South Korean Ambassador to Indonesia Kim Chang Beom announced at the Indonesia-Korea Conference in Jakarta, on Wednesday.

“Hopefully this trade ministerial meeting […] will be the watershed [moment leading up] to the official announcement of the conclusion of the CEPA negotiations when President Jokowi visits Busan in November.”

The envoy said the CEPA would pave the way for business communities from both countries to gain a much more positive outlook of one another, as Seoul and Jakarta both faced what he called “a very turbulent environment outside, especially in the trading system”.

In addition to the simmering trade war between the United States and China, Southeast Asia must also brace for potential fallout from trade tensions between South Korea and Japan, who have removed each other from their respective “white lists” of favored export destinations.

Kim denied, however, that the trade spat with Japan had had an effect on reinvigorated talks with Indonesia. “Of course there are hiccups in our bilateral relations with Japan but they don’t have anything directly to do with these ongoing negotiations [with Indonesia],” he said.

The IK-CEPA was first initiated in 2012 but came to a halt after just two years of talks. The two sides announced in February that they would relaunch negotiations.

Industry Minister Airlangga Hartanto said the trade deal would certainly facilitate closer value chain links, especially in the manufacturing sector. “Two-way trade can be increased, especially since the President wants it to reach the [targeted] trade value,” he said.

Jokowi visited Seoul and met South Korean President Moon Jae-in in September last year, where they pledged to increase bilateral trade to US$30 million by 2020. Trade between Indonesia and South Korea stood at $18.62 billion in 2018, with Seoul enjoying a surplus.

The Trade Ministry’s bilateral negotiations director Ni Made Ayu Marthini said the CEPA was built on the ASEAN-Korea Free Trade Agreement signed in 2006. “This is a good commemorative moment [to sign the agreement], and we also need the agreement because we need more markets and more investments. For the Koreans, they also need to push their investment, just like they did with Vietnam,” she said.

Negotiators will meet again in Bali on Oct. 8 to 10 with the aim of "substantially concluding" the agreement.

“One of the new things we want is better access for our agriculture and fisheries products for the Korean market because it was not regulated under the ASEAN-Korea FTA,” she said.

The bilateral talks also run in parallel with the landmark Regional Comprehensive Economic Partnership (RCEP) negotiations that countries including Indonesia and South Korea seek to conclude by the end of this year.

Made said the IK-CEPA would make reference to the 16-country free trade agreement, and noted that anything Jakarta offered Seoul under the RCEP would automatically apply under the bilateral deal and vice versa.

“It’s reinforcing because [the arrangements] can be more robust,” she said.

As he enters his second term, Jokowi has set out a bold reform agenda by streamlining complicated regulations to attract FDI. He has also instructed his Cabinet to resolve problems faced by multinational companies that have pledged to do business in the country but are yet to realize their investments.

This extends even to companies from South Korea despite their significant contribution to investments. According to the Investment Coordinating Board (BKPM), South Korea was Indonesia’s sixth-largest contributor of realized investments last year, having booked $1.6 billion.

Shinta Widjaja Kamdani, the Indonesian Chamber of Commerce and Industry’s (Kadin) deputy chair for international relations, bemoaned the fact that Indonesia had not been able to enjoy more of South Korea’s investment. The country only received 5 percent of the total amount South Korea invests in all of ASEAN, despite being the second-largest exporter of goods to South Korea, she said.

“[South] Korean investment is concentrated in Vietnam, [and it has booked] beyond $3 billion per annum since 2014. This amount even surpasses Korea’s investments in Singapore, the traditional investment hub in ASEAN,” Shinta said at Wednesday’s event.

“This is very important because Indonesia should have been in [a position to get more out of it].”

One official, who declined to be named for fear of upsetting the current momentum of talks, said that most South Korean companies would use the success of big firms like Hyundai Motor Company in Indonesia to gauge whether or not they would invest in the country.

Korean Chamber of Commerce and Industry in Indonesia (Kocham) president CK Song said regulations had been the reason why many Korean businesses were discouraged from investing in Indonesia.

“New investors will come automatically if Korean businesses here are successful. […] if I can give suggestions to policymakers here: make things simple, keep it real, keep it creative, then it would be easier to do business in Indonesia,” he said.