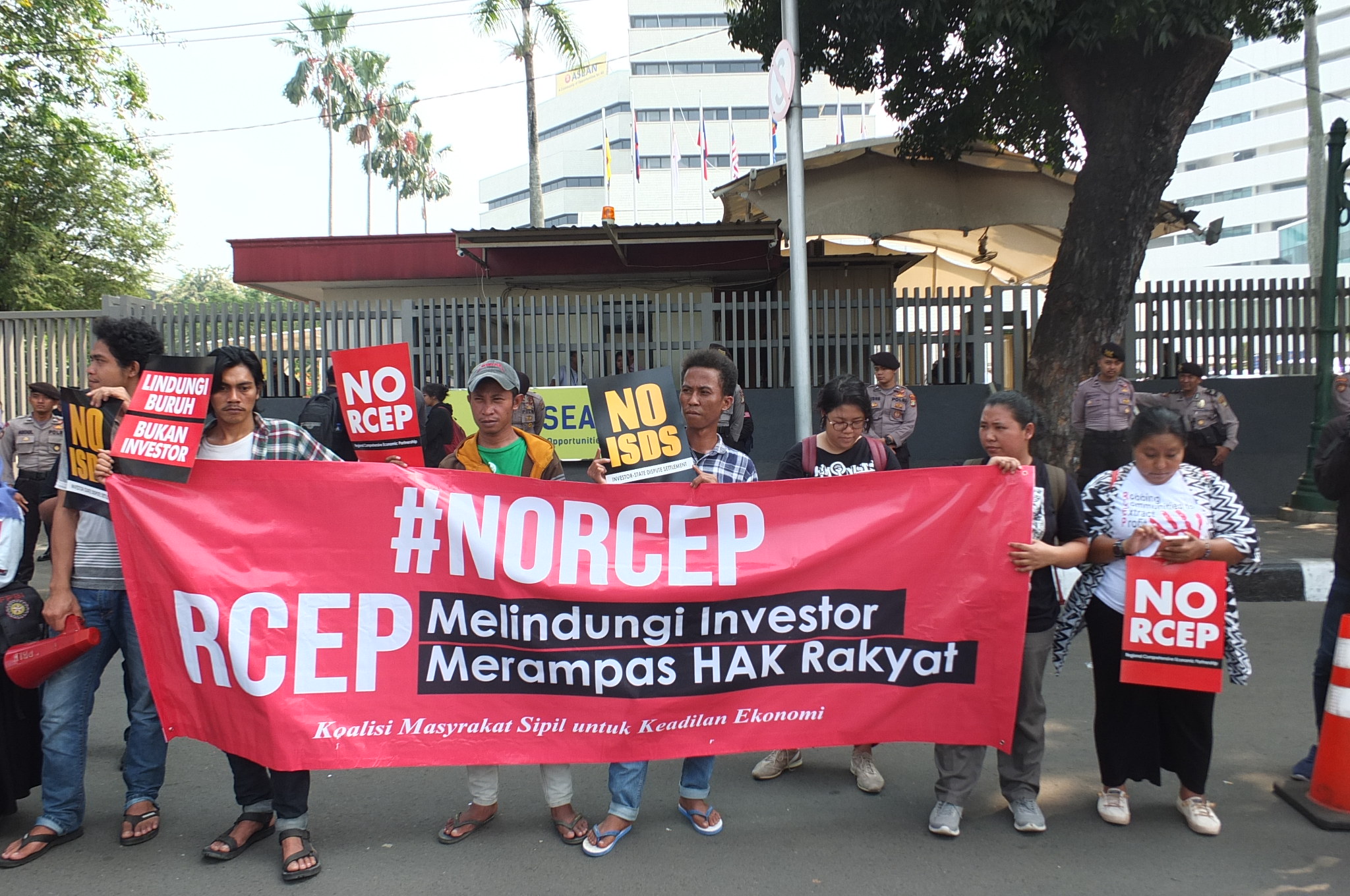 Civil Society groups criticised the RCEP negotiation process, arguing that the secretive negotiations are undemocratic and limit the ability of the public to raise concerns about the provisions in the agreement. They said that this may also contradict a “decision of the Constitutional Court in the recent judicial review of several laws including Law on International Agreement” and called for negotiating texts to be made available to the public and for a more open consultation process.

Protesters criticised the lack of consideration about the potential negative social impacts of the agreement, pointing to the failure to include provisions that addressed human rights and the violation of Indonesian workers’ rights by foreign investors. They said the RCEP “will legalize the deprivation of people’s right over their economic justice and will aggressively provide protection and facilitate the freedom of investment and trade for corporation.”

Civil society groups also criticised the RCEP for pushing liberalisation, restricting government’s ability to regulate to ensure people’s rights and livelihood, and including ISDS provisions that enable corporations to sue governments for policy decisions that impact on their profits.