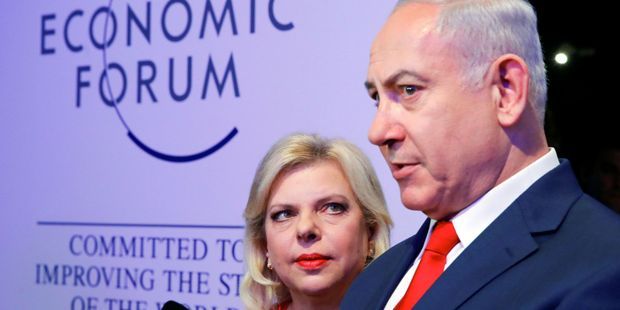 British and Israeli ministers announced on Wednesday that they have agreed on an “in principle” post-Brexit trade agreement at the World Economic Forum in Davos, Switzerland, as Britain prepares to leave the European Union, The Jewish Chronicle reported.

Speaking at the forum, International Development Secretary Liam Fox said: “I’m delighted that as Britain prepares to leave the European Union, and to ensure continuity for our businesses in both directions, we’ve reached agreement in principle today with our colleagues in Israel.” Fox made the announcement alongside Israel’s Minister of the Economy Eli Cohen.

“Israel has been one of the most cooperative and productive partners in this relationship, where our trade is already strong and set to go further,” Fox said, adding that it was a “precursor to an even more ambitious agreement in the future.”

“This free trade agreement will accelerate, increase and strengthen our economic relationship,” Fox predicted. The minister said Israel and Britain would hold a trade and investment conference in London “in the coming months.” Cohen added: “I am sure that this free trade agreement will help us to accelerate and increase even more and strengthen our economic relationship.”

The news was welcomed by other Israeli officials, including Israel’s Ambassador in London Mark Regev, who tweeted that it was “more excellent news for the rapidly growing UK-Israel partnership.”

Shortly after taking over the International Trade portfolio in 2016, Fox launched the UK-Israel Trade Working Group “designed to identify and remove barriers to trade between our two countries.”