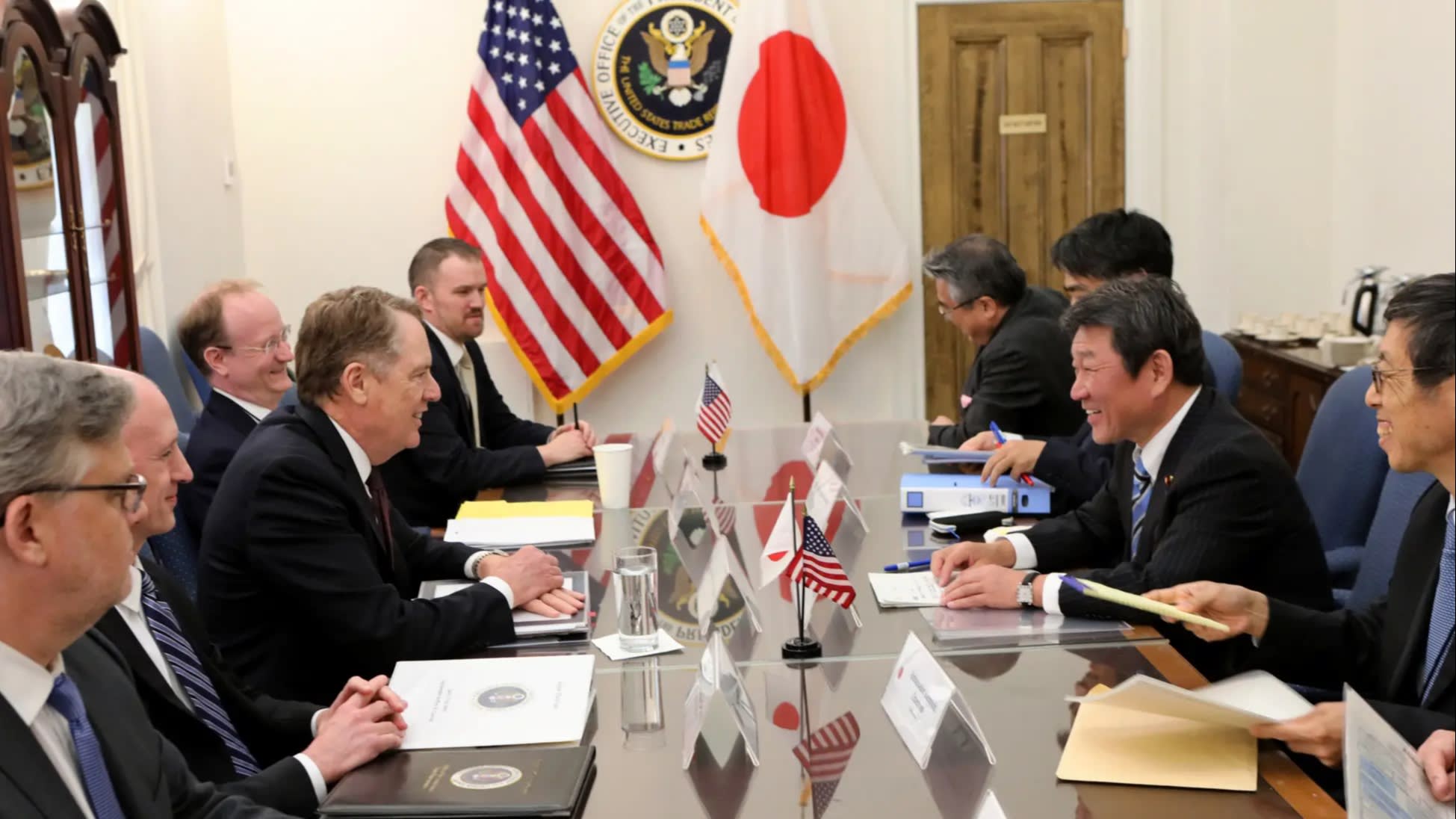 Japanese and American trade negotiators have reached a broad agreement on the digital economy, the Nikkei learned Tuesday, in which digital products are tariff-free and businesses can host servers wherever they choose and not have to expose the workings of their computer programs to governments.

The agreement was reached in working-level discussions, and wording is now being finalized. The breakthrough appears to come in response to Chinese regulations granting the state extensive control over data collected on its soil.

The Japan-U.S. agreement takes protections for intellectual property a step further by preventing governments from asking for algorithms. The Comprehensive and Progressive Agreement for Trans-Pacific Partnership, the 11-country trade deal that is led by Japan and does not include the U.S., already bars tariffs on digital products as well as forced disclosure of source code — the original written instructions from which software is built.

The new agreement goes beyond TPP-style protection of source code by also protecting algorithms, which are the broader underlying ideas behind programs and make up a building block of artificial intelligence. Algorithms are essential for search engines, among other services. The U.S. is protective of its internet technology industry, and proprietary algorithms are where the tech giants such as Google and Amazon draw their competitive advantage from.

Having other governments force tech companies to reveal the secrets of their algorithms would erode that edge. When the U.S., Mexico and Canada renegotiated the North American Free Trade Agreement, a major change was safeguards against such disclosure.

In Japan, some in the ruling Liberal Democratic Party believe that the government should reserve the right to request algorithms in the interest of protecting consumers and small businesses. For example, access to algorithms would determine how major shopping portals display search results for products sold by minor vendors.

Some Japanese government officials have said a trade agreement preventing requests for algorithms would hamper drafting legislation on behalf of vulnerable consumers and businesses. A compromise will likely have to be reached between the trade pact and Japanese law.

China is not alone in taking a heavier hand on the data business within its borders. Duties on streaming music and other content are under consideration elsewhere in Asia. Japan and the U.S. aim to lead the way in crafting international rules for digital trade and establish a foundation for tech companies in the Asian market.

In Europe, a tendency to favor consumer protection in the tech arena could deepen the divide with Washington. The U.S. vigorously opposes France’s new digital services tax, for example.

Japan and the U.S. plan to advance negotiations on tariffs. When it comes to reducing or eliminating duties, and other ways of opening up the market, they have yet to arrive at a point of agreement. But "in the digital sector, Japan and the U.S. can craft high-level rules," a source close to the trade discussions said.

The White House is looking to trumpet at home concessions that go beyond tariffs. Tokyo, meanwhile, seeks to push data rules through the World Trade Organization. The regulations agreed to with the U.S., in the TPP and with the European Union through the bilateral economic partnership agreement will serve as models.

The working-level discussions include officials from relevant agencies including Japan’s Ministry of Economy, Trade and Industry. Discussions continue over tariffs on industrial and agricultural exports. Once a preliminary settlement is reached on them, they will be added to the package with the digital rules ahead of a final agreement.