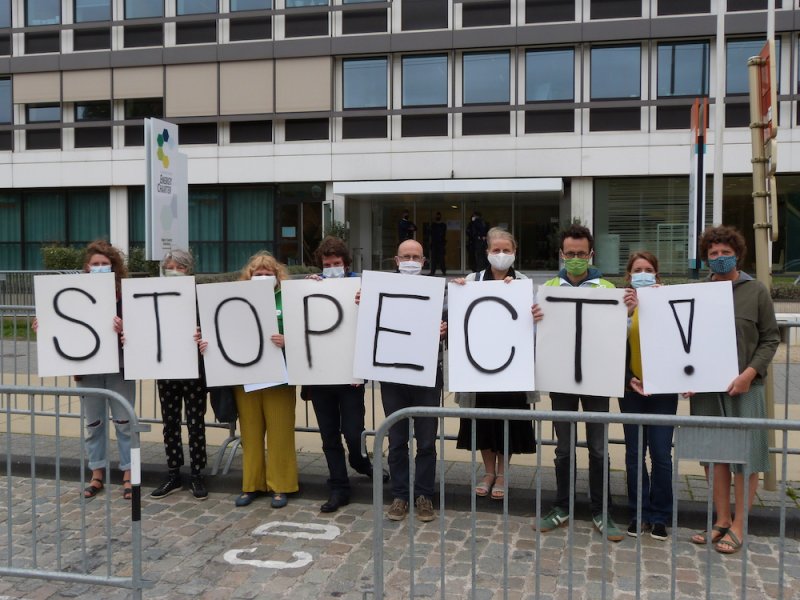 Reports on the Energy Charter Treaty process to ‘modernise’ continue to demonstrate entrenched opposition to efforts to make it support the Paris Climate Agreement to limit global warming to less than 2°C.

The European Union has proposed amendments that reinforce governments’ “right to regulate” on issues like public health and the environment. But any change requires unanimous agreement by the ECT’s 53 signatories.

On September 8, 2020, 97 European Parliament MPs and another 49 MPs from national parliaments in Europe called for the “EU negotiators to ensure that the provisions in the ECT that protect foreign investment in fossil fuels are deleted and thus removed from the ECT. Similarly, ISDS provisions need to be scrapped or fundamentally reformed and limited. If this is not achieved at the end of the 3rd negotiation round planned for the autumn, we ask EU Member States to explore pathways to jointly withdraw from the ECT by the end of 2020”.

Investor-State Dispute Settlement (ISDS) allows a single foreign investor to sue a government for a change in law or policy that it argues has harmed its investment. The ECT has been a vehicle for ISDS claims over phasing our nuclear power and coal power.

A written submission from Japan published by the ECT secretariat in October 2019, before modernisation talks began, rejected language on the “right to regulate” and changes to the investor-state dispute resolution (ISDS) mechanism.

Japan is the only G7 country still building coal-fired power plants, both in Japan and overseas.

Proposals still on the table include measures to deter frivolous ISDS claims and to regulate the role of “no win, no fee” litigation finance companies.

Kyla Tienhaara, assistant professor of environmental studies at Canada’s Queen’s University said if fully pursued, these changes might help prevent lawsuits by fossil fuel companies bankrupted in the transition to clean energy. But negotiators were merely “tinkering” and “ultimately, in my view, termination [of the treaty] is the way to go”.