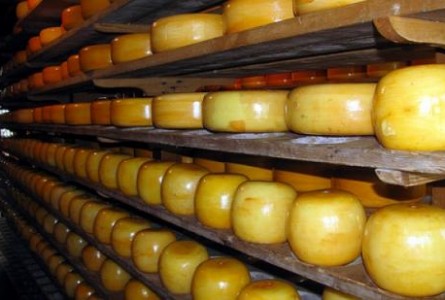 Japan and the European Union are ironing out the final details of a proposed economic partnership agreement in hopes of reaching a broad deal in July, as domestic conditions turn in favor of achieving such a major step against protectionism.

The two sides aim to hold several working-level talks by the end of June and reach a basic deal at the Group of 20 summit in Germany early next month. Japanese envoys, including officials of the Ministry of Economy, Trade and Industry, have been in Belgium this week for private discussions.

Japan and the EU account for nearly 30% of the world’s gross domestic product, and trade between them totals just over 30% of the global sum. Concluding the economic partnership agreement, or EPA, would represent a big victory for free trade.

Negotiations began in April 2013 and have covered 27 topics including tariffs, intellectual property and e-commerce regulations. Japan and the EU have agreed on areas such as corporate governance and competition policy, and they are focusing on agricultural goods.

Japan’s hands previously were tied by legislation involving livestock management. Farm groups and opposition parties were against a bill that included opening new channels for dairy farmers to trade their products. Tokyo could have derailed Diet deliberations by agreeing to scrap cheese tariffs with the EU. But with the bill now expected to pass Friday, Japan can resume concrete steps toward finalizing the EPA.

How far Tokyo will go in slicing those tariffs becomes the question. Under the Trans-Pacific Partnership trade pact, Japan maintained a roughly 30% tariff on cheeses such as mozzarella and Camembert for which the EU hopes to boost exports.

The European bloc, which produces half the world’s cheese, is committed to eliminating any tariffs on the product. Yet if Japan agrees to a larger concession than under the TPP, it will face backlash not only from domestic producers but also from American players, which in turn could impact Tokyo’s economic talks with Washington. Though Japan wants the average tariff reduction in the EU deal to match that under the TPP, it is unclear how successfully the government can protect industries considered sacred cows.

Japan’s decision on agriculture will depend on the EU’s concessions over industrial goods. Tokyo wants to eliminate the bloc’s 10% tariff on cars and up to 14% tariff on appliances within the first few years of the agreement. With the EU showing signs of compromise, negotiations could progress quickly once agricultural issues are resolved.

One deal benefits another

Japan hopes to reach an agreement among the TPP’s 11 remaining members by November to enact the pact without the U.S. In order to gain an advantage in the talks, Japan is keen on concluding the EU deal in July before Europe enters its summer holiday season. Tokyo also could use the EPA to demand more liberalization under the Regional Comprehensive Economic Partnership, which involves 16 nations including China.

Meanwhile, the EU looks to begin heavy preparations for Brexit negotiations in the fall. The union also wants a swift agreement with Japan to ensure its negotiators are available to deal with the U.K.

"If we miss the opening this summer, it will be awhile before we can reach an agreement," a Japanese official said.