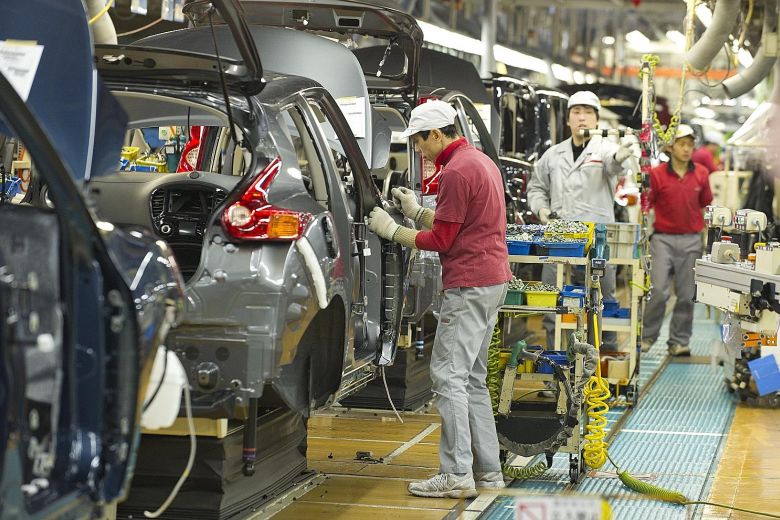 Japan will make a fresh attempt to expand the Trans-Pacific Partnership trade pact to include more Asian economies, such as Thailand, Taiwan, Indonesia and the Philippines, after the new coronavirus exposed the risks of supply chains overly dependent on China.

First up will be Thailand, a key production hub for many Japanese automakers. The country is expected to announce as early as April its intent to join the TPP.

Japan has already begun laying the groundwork by sending a high-ranking negotiator to Thailand. Japan will chair the TPP in 2021, when talks are expected to kick into high gear.

The move comes amid a realization that diversifying production is increasingly important.

As factories in China were forced to shut down as the outbreak spread beyond its initial epicenter of Wuhan, global production was disrupted for many multinationals. A shortage of Chinese auto parts forced Nissan Motor to suspend operations at an assembly plant in Japan last month, whileKomatsu scrambled to shift production of metal parts for its construction equipment from China to Japan and Vietnam.

The disease has spread widely across the Asia-Pacific region since early this month, infecting thousands across South Korea, Malaysia, Singapore, Thailand and Australia and cooling economic activity.

Tokyo now hopes that the TPP — under which trade will be governed by common trade and investment rules — offers a springboard for companies to diversify production out of China.

Taiwan, Indonesia and the Philippines are also seen as potential additions to the trade deal. Taiwan has expressed interest and is expected to make an official decision based on the Thai experience in negotiations.

China has played a growing role in Japanese supply chains in recent years. A total of 37% of auto parts shipped to Japan last year came from China, compared with 18% in 2005.

Japan relies on China for 21.1% of its imports of intermediate goods, according to the Japanese government. The figure is much lower for other Group of Seven nations, with the U.S. at 16.3%, Germany at 7%, and the U.K. at 5.9%.

Business leaders support greater economic ties with other Asian countries as well. Chairman Kengo Sakurada of the Japan Association of Corporate Executives, or Keizai Doyukai, pushed the government in early March to support companies in expanding production to a Southeast Asian country in addition to China.

"I want to consider a framework for governments and business sectors between Japan and India or the Association of Southeast Asian Nations to have concrete discussions," said Sakurada, group president and CEO of Sompo Holdings. Greater ASEAN participation in the TPP could help advance the "China plus one" approach to production.

As part of an emergency stimulus package to be finalized as early as April, the government is considering subsidies for Japanese companies that move some production to Japan or Southeast Asia, particularly in the China-dependent auto parts industry.