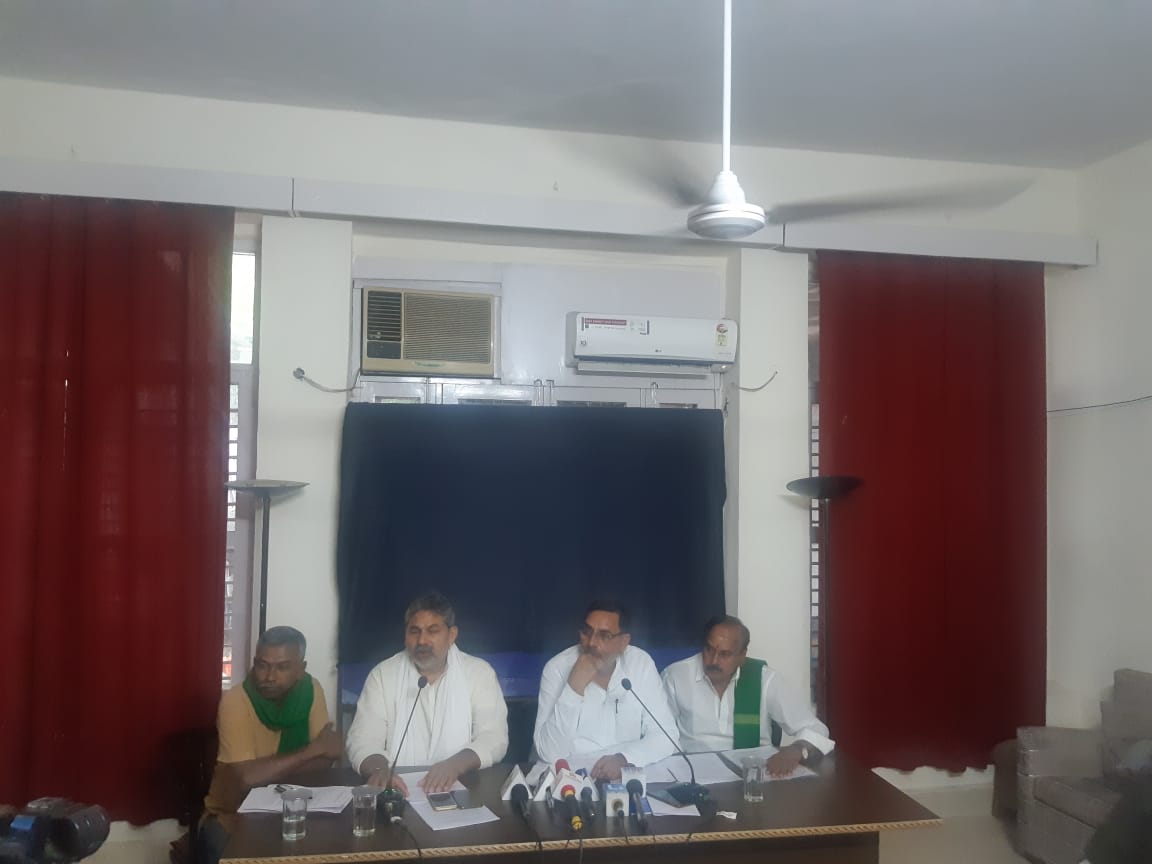 At a press conference in Delhi today, farmers’ leaders warned the government not to bow down to pressure from the 16 other negotiating countries like China, New Zealand, Australia and ASEAN who are eager to close the deal, that only stands to benefit large agribusinesses in these countries.

“RCEP will increase the benefits of trading partners because of India’s massive market, while India will lose revenues of up to 60,000 crores if the deal is fully implemented”, said Yudhvir Singh of Bhartiya Kisan Union.

RCEP would force India to remove tariffs on 92% of traded commodities. India has already lost 26,000 crores of revenue in 2018-2019 by allowing cheap imports from the ASEAN bloc with which India has an existing free trade deal.

“Dairy brings daily cash to our marginal and small farmers, a large majority of them women. India is already self sufficient in dairy. But through RCEP, foreign players like Fonterra, Danone, want to dump their surplus into our country. Why should we import what we don’t need ? What about our poor farmers livelihoods ?” asked Vijay Jawandhia, from Shetkari Sanghatna Maharashtra.

“New Zealand is spreading half truth when they claim that only an insignificant 5% of its dairy exports are destined for India. But this 5% amounts to a third of our entire market ! We will lose that much to one country alone, and imagine the danger if we add up others” said Sellamuttu of Tamila Vyavasaigal Sangam of Tamil Nadu.

RCEP is more threatening than other trade regimes like the World Trade Organization. While India has been resisting tariff cuts to only 80% of traded goods as compared to 92 % demanded in RCEP, India will not be able raise duties at a later date – a provision that even the WTO did not impose, putting serious restrictions on India’s ability to protect its farmers and workers livelihoods.

Aside from dairy, RCEP will also give more concessions to foreign players in critical areas like seeds and patents. An important concern about RCEP is the demand from member countries, especially Japan and South Korea, for ‘TRIPS-plus’ intellectual property (IP) protection for seeds, medicines and agrochemicals. This will be disastrous for Indian farmers because the country is under pressure to accede to the 1991 International Union for the Protection of New Plant Varieties Convention (UPOV) and comply with its standards. UPOV is a system of seed patenting that undermines farmers’ rights, gives primacy to corporate plant breeders and restricts freedom of researchers and breeders to access protected plant varieties for further research and development.

The manufacturing sector is also under serious threat. Farmers warned of national protests if agriculture was not taken out of RCEP. The RCEP would be the largest FTA in terms of population, it would reach 49% of global population and will encompass 40% of all global trade making up a third of global GDP.