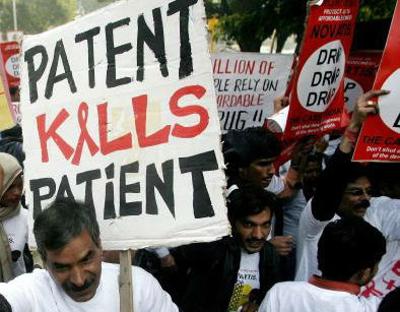 The letter says that this dispute over the compulsory license could prejudice resources for a new initiative called "Paz Colombia" [de los recursos de la nueva iniciativa denominada "Paz Colombia"], as well as the US FTA with Colombia, and access to the TPP.

For context on Paz Colombia, see here and here, and the President’s February 4, 2016 statement, here.

This is one of several documents describing United States pressure over the compulsory license, and we will publish others when we obtain them. Some of the press reports in Colombia mention Everett Eissenstat by name, a staffer for Senator Hatch. Eissenstat is not mentioned by name in this memo.

There has also been pressure from Switzerland (See: http://keionline.org/node/2312, and this).

Washington, DC — According to a diplomatic memorandum obtained by KEI and to press reports in Colombia, the U.S. Senate Finance Committee and the United States Trade Representative (USTR) have pressured the government of Colombia over a proposed compulsory license on patents for the Novartis cancer drug Glivec.

Among the more shocking revelations of the memorandum was the linking of U.S. funding for “Paz Colombia,” a new initiative in the Colombian peace process, to the granting of the compulsory license. In a statement on February 4, 2016 (available here), President Obama promised $450 million in funding for Paz Colombia, a program that seeks to further negotiations between the Colombian government and various rebel groups and speed up reconciliation at the local level. The peace process in Colombia has aimed to reconcile decades of hostility between the government and guerrilla fighters, and to provide closure for the deaths of hundreds of thousands of innocent people.

Novartis, a Swiss pharmaceutical company, holds patents on imatinib in Colombia, and markets the drug as Glivec.

According to press reports in Colombia, one of the Congressional staffers involved in pressuring Colombia was Everett Eissenstat, the Chief International Trade Counsel for the Finance Committee Chairman Orrin Hatch, R-Utah.

In March 2016, a government-appointed technical committee recommended that a compulsory license to allow the generic production of imatinib would be in the public interest. On April 26, 2016, the Colombian Minister of Health Alejandro Gaviria publicly stated his intention to issue a public interest declaration to proceed with the compulsory license process on imatinib in accordance with Colombian and international law. The document published today by KEI is dated April 27, 2016.

“It is shameful for anyone to link the outcome of a compulsory license, based on a country’s health needs, to the outcome of a process of peace and reconciliation in a country that has faced unspeakable violence, yet this is raised in the memo. Novartis has profited enough from Colombia, and Senator Hatch and USTR have no business defending the patent interests of a Swiss pharmaceutical company over the lives of cancer patients in Colombia.”

The following is a translation of the letter into English, by Anne-Beatrix Keller-Semadeni.

These past few weeks, several pharmaceutical companies in the United States and interest groups have communicated with the embassy and the Commercial Office to express their concerns regarding regulatory issues which, according to them, affect the interests of this industry in Colombia. Among other issues, they are concerned by the possible declaration of public interest concerning a compulsory licence for the drug known as GLIVEC and produced by the pharmaceutical company NOVARTIS.

The possibility of an administrative act declaring a compulsory licence on the drug GLIVEC has become a topic of interest for the USTR and the US Congress. For instance, tomorrow, we will attend, with the Director of the Commercial Office, a meeting held at the request of the members of the Senate Finance Committee who worry about the compulsory licence process above mentioned. Also, the USTR has requested a meeting with the Ambassador Juan Carlos Pinzón in order to convey their major concern regarding this issue as well as other related issues.

Given the direct link that exists between a significant group of members of Congress and the pharmaceutical industry in the United States, the case of GLIVEC is susceptible to escalate to the point that it could impair the approval of the financing of the new initiative “Paz Colombia” as well as become an issue in the framework of the free-trade treaty.

Moreover, the whole situation might have a negative impact on the commercial interests of our country in the United States, which might even weaken the support that this country could give us in case of a possible future membership to the Trans-Pacific Partnership - TPP.

Given these facts, and following the instructions of the Ambassador Juan Carlos Pinzón, we think that the National Government should assess the measures considered and respond at its best interest to the concerns that have been expressed. Likewise, we are of the opinion that it is necessary to take a correction of our course in order to avoid claims against our country.

The original letter in Spanish