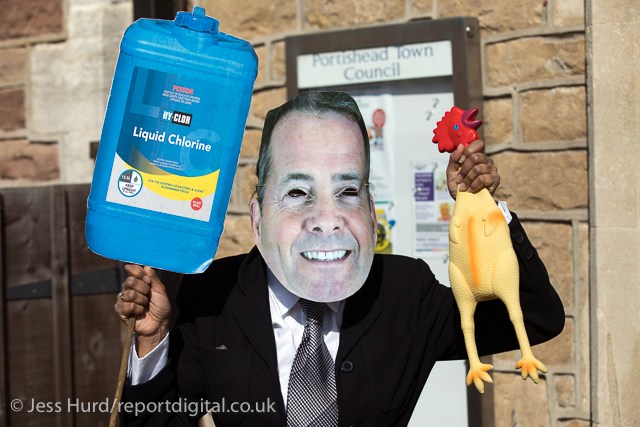 One of the many grand promises made during the Brexit referendum was by Liam Fox, the international trade secretary. He proudly announced that the UK would have 40 free trade agreements “ready for one second after midnight in March 2019,” signalling the beginning of a new era called “Global Britain”.

This commitment is not quite as ambitious as Fox made it sound - the 40 deals are all agreements which the UK already has with third countries through its EU membership, rather than new trade deals. The Government hopes to renegotiate and “roll-over” these deals before Exit Day, including agreements with places like Canada, South Korea, Chile and South Africa.

Fox is drastically behind schedule. Although there is little transparency in the renegotiation of trade agreements, one thing is certain: we have less than two months until Exit Day and the deals have not happened. Only a few of these rollover agreements have been signed – with Switzerland, Chile, Eastern-Southern Africa, the Seychelles and the Faroe Islands – but there is plenty of confusion within parliament as to what has actually been agreed, and the texts are yet to be revealed. It is an open secret in Whitehall that the deals will not be agreed in time, further undermining the Government’s attempts to appear ‘no-deal ready’.

The reason for the delay, unsurprisingly, is that many of these third countries want to use Brexit as an opportunity to change these deals. The UK is a far weaker negotiating partner than the EU, not just in terms of size of GDP, but also because we are inexperienced negotiators: this will be the first time the UK has negotiated its own trade deals in 40 years. We are also in an undeniable hurry to get them agreed - which isn’t a good look, as it is clear to all how much the UK has to lose.

There are also economic reasons for the lack of progress: many countries have very different trading relationships with the UK than they do the rest of the EU. This has prompted countries like South Korea to state that they want to renegotiate aspects of existing trade deals before they can be rolled over into UK deals. These factors all serve to slow down the “rollover” process.

However, there is a further spanner in the works for Liam Fox’s grand plans: parliament. Fox hopes to rush these deals through parliament through an outdated process known as the Ponsonby Convention, which dates back to 1924. The convention was established after the First World War in an attempt to put a stop to the Government making ‘secret treaties’, but was intended only for defence agreements, and not designed for modern, complex trade deals.

The Ponsonby Rule means that each treaty will be ‘laid before’ parliament for 21 sitting days (about five weeks), but there is no realistic guarantee of a debate or vote without the Government providing parliamentary time for it. In all probability, many of these “rollover” deals will pass through parliament without any debate or vote - even if substantial changes have been made to them.

Last week the House of Lords demanded that the Government lay before parliament clearer plans for how MPs and Peers will get to scrutinise trade deals after Brexit. Last month, parliament’s Constitution Committee concluded that the Government’s Trade Bill is inadequate in giving parliament a say over trade deals after Brexit - a view shared by many charities, trade unions and faith groups, who recently signed a joint letter to that end.

Without urgent reform, all post-Brexit trade agreements will bypass parliament in the same way as Fox’s rollover deals, without a meaningful vote for MPs. For instance, the same process would be used to approve a controversial US-UK trade deal, which could negatively affect our food standards, environmental regulations and workers’ rights. These are all areas over which ordinary voters expect their representatives to have some democratic control. The Government would do well to learn from the mistakes of TTIP, a failed and secretive EU-US trade deal which suffered immense backlash from civil society.

The current system of parliament scrutiny of trade deals is woefully inadequate. Liam Fox must accept that trade deals are complicated: they take time to negotiate, they are politically charged, they affect huge areas of public policy including social rights, and they produce winners and losers. The Government should listen to civil society and take the opportunity to make trade democratic.

David Lawrence is senior political adviser at the Trade Justice Movement, a UK coalition of seventy civil society organisations, calling for trade rules that work for people and planet