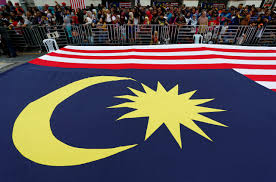 Malaysia welcomes MAFTA review but priority given to RCEP conclusion

Malaysia welcomes the review of the Malaysia-Australia Free Trade Agreement (MAFTA) but any effort to do so will only be considered after the negotiations on the Regional Comprehensive Economic Partnership (RCEP) have been concluded.

Minister of International Trade and Industry Datuk Darell Leiking said MAFTA had benefited businesses, investors and consumers through the reduction and elimination of tariffs and increased access for trade and investment.

“It has also allowed open market access to various industries and services in both our countries,” he said at the 18th Australia-Malaysia Joint Trade Committee (JTC) meeting with Australia’s Minister for Trade, Tourism and Investment Senator Simon Birmingham here today.

He said Malaysia, therefore, welcomed the review of MAFTA but priority is being given in concluding the multilateral RCEP.

“Since both parties are currently negotiating RCEP towards its conclusion by the end of this year, we may consider having the review only after RCEP is concluded,” he said.

He added that both parties must also have clear objectives and parameters if such a review is going to be taken.

Both ministers also directed officials to convene the Joint Commission of the bilateral Malaysia-Australia FTA early next year to take stock of the bilateral trade and investment issues including the parameters for a future general review of MAFTA.

During the meeting, a few issues faced by Malaysian and Australian companies were raised including market access and mutual recognition of standards.

“With regards to the issue of standards, we hope Australia will consider Malaysia’s request to have mutual recognition agreements for standards,” he said.

The minister said the Department of Islamic Development Malaysia (Jakim) has also been working closely with the Australian Government through the Halal Task Force Working Group.

He also reiterated Malaysia’s commitment to ensure the country remained an open economy and friendly to businesses, including Australian investors.

He said the business community is encouraged to partner with the government to improve the business environment.

Meanwhile, Darell had also touched on the RCEP, requesting all parties involved in the negotiations to demonstrate flexibilities with the guiding principle that RCEP is ASEAN-driven.

“It is critical to deliberate and decide on outstanding issues from Jakarta round onwards that are critical to some governments for them to announce conclusion of negotiations in November,” he said.

On Asia-Pacific Economic Cooperation (APEC), Darell said Malaysia as the host in 2020 would be delivering the key message of “Shared Prosperity” that would be embraced in all the priority areas and initiatives carried out in the hosting year.

He said this would be done through emphasis on “Shared Responsibility”.

“The message underscores the need to address the unequal distribution of economic growth between and within the APEC economies in the age of digital disruption,” he said.

He said the enablers in the form of priority areas have been narrowed down to three broad areas, namely improving the narrative of trade and investment, inclusive economic participation through digital economy and technology, and driving innovative sustainability.

On the Comprehensive and Progressive Agreement for Trans-Pacific Partnership (CPTPP), Darell said Malaysia is still evaluating the agreement and that the country do not have a specific date for ratification.

He said the new government has also yet to decide on whether Malaysia would ratify the agreement.

The agreement would encompass 30 per cent of global gross domestic product, 3.5 billion people and eclipse the CPTPP.