Maximising investment protection in Africa: the role of investment treaties and investment arbitration

Large-scale investments made in foreign jurisdictions face many risks, particularly when the investments are in countries with high levels of political and regulatory risk or developing judicial systems, as is often a concern for international investors entering certain African states. In such\ circumstances, investors are particularly concerned about the legal protections that are available to them during the life of their investments. Bilateral and multilateral investment treaties (“BITs”, “MITs”) have become the principle vehicle to overcome these challenges and mitigate the risks of government intervention.

BITs are international law instruments – treaties – agreed between two states. MITs are treaties agreed between more than two states. The purpose of BITs and MITs is to create a stable legal environment that fosters foreign direct investment. This is achieved by the “host state” (i.e. the state in which the investment is made) agreeing to provide certain guarantees and standards of protection to the investments of private foreign investors (i.e. those with the nationality of, or incorporation in, the “home state”). The investor is also provided with the opportunity to enforce its rights under the investment treaty against the host state through independent international investment arbitration. This is the major innovation of investment treaties, as traditionally it was only states that had standing to bring claims against one another.

Rights and obligations under investment treaties are reciprocal, protecting the investments of investors from a home state in the territory of a host state.

Structuring investments correctly can maximise those rights and protections, and has become a modern commercial imperative when transacting internationally.

When structuring foreign investments, prudent investors will seek advice on the protections available under the domestic legislation of the host state as well as the investment treaties to which that host state is a party.

In order to rely on the protections offered by a particular BIT, a foreign investor will need to qualify as a defined “investor”, as mentioned above, and its investment must fall within the definition of the protected type of investments under the relevant BIT. Most BITs adopt a broad definition of qualifying investments, ranging from tangible to intangible property, company shares to contractual rights.

The common categories of substantive BIT protections and guarantees owed by host states to foreign investors/ investments include the following:

No expropriation without compensation: not to expropriate investments unless it is for a public purpose, in accordance with law and due process, with the provision of prompt, adequate and effective compensation;

Fair and equitable treatment: all investors/ investments will be treated fairly and equitably (an open category that includes upholding legitimate expectations, the rule of law and good faith etc.);

Full protection and security: including to maintain the investor’s legal rights and protect physical assets from insurrection;

No discrimination: not to adopt measures that discriminate against investments based on type, industry, nationality etc.;

Umbrella clause: general commercial contracts with the host state and investor are elevated to protection under the BIT; and

Free transfers: investors may convert investment returns into a currency of their choice and repatriate out of the host state.

Although the content and structure of BITs, are often similar they can vary considerably in scope and comprehensiveness, particularly between older and newer BITs and by region. As a result, investment structuring is vital to maximise the protections available under a BIT, for example, by choosing the most appropriate home state in which to incorporate the investment vehicle and by ensuring that all prerequisites have been satisfied to benefit from the BIT.

Effect of a treaty entering into force

When signatory states notify one another that domestic ratification procedures have been completed, the international legal obligations of the treaty will be activated, and the treaty will “enter into force” under international law. At that point, qualifying foreign investors will be able to benefit from the substantive and procedural protections available under the treaty, including the right to an effective remedy before a tribunal.

International investment arbitration is a mechanism to resolve investment disputes between a foreign investor and the state hosting the investment. It is different in many respects from international commercial arbitration, which involves two private parties, usually corporations.[1]

Who can claims be brought against?

For example, is it only the host state itself, or are state-owned enterprises or state-backed PPPs also accountable?

For example, the acts and omissions of any state organ (legislative, executive or judicial) or of persons or entities that are either empowered by the law to exercise elements of governmental authority, or are acting upon state instructions or directions, are considered as conduct of that host state.

As a result, if such conduct amounts to a breach of an investment treaty, the state may be held responsible for that breach.

directly in a contract executed between the host state and investors;

through the host state’s domestic legislation; or

from the terms of the relevant BIT or MIT, whereby each signatory state consents to resolve disputes with investors before an arbitral tribunal. 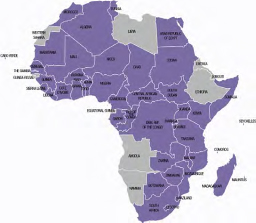 The practice of investor-state arbitration originated in the 1960’s when, under the auspices of the International Bank for Reconstruction and Development, the International Centre for Settlement of Investment Disputes (“ICSID”) was established by an international convention.

For an ICSID arbitration tribunal to have prima facie jurisdiction, a dispute has to exist between one state party to the ICSID Convention and a national of another state party to the ICSID Convention. The dispute must also be of a legal nature and relate directly to an investment. ICSID arbitrations are generally not confidential and awards tend to be made public, though certain restrictions are possible.

While arbitration under the ICSID procedural rules is the main form of investor-state arbitration, investors and states can agree to pursue their investment disputes under other arbitral rules, such as those proposed by the United Nations Commission on International Trade Law (“the UNCITRAL rules”) or by private arbitral institutions like the International Chamber of Commerce (“ICC”) or the Stockholm Chamber of Commerce (“SCC”). In non-ICSID arbitrations, international enforcement of the arbitral decision (“the award”) will be made under the 1958 United Nations Convention on the Recognition and Enforcement of Foreign Arbitral Awards (the “New York Convention”). To date, some 29 African states have signed the New York Convention. Recently, the Convention entered into force in the Democratic Republic of the Congo, Burundi and the Comoros, enhancing legal certainty for investors doing business with these countries.

Some states may decide to withdraw from their investment treaty obligations. This was the case of South Africa who recently decided to terminate many of its older BITs and instead develop domestic legislation on the promotion and protection of investments. South Africa’s decision came as a result of a governmental policy review into the risks of domestic regulatory measures being challenged by foreign investors and a desire to promote investments from domestic sources of law.

Foreign investors subject to the denounced BITs will continue to enjoy extended protections for a certain number of years after the BIT’s termination, due to the effect of a classic feature of most investment treaties – the “sunset clause”. For example, the sunset clause of the Belgium-South Africa BIT provides that existing Belgian investments will continue to be covered by the treaty for another ten years after its termination.

In recent years many African governments have made an effort to improve foreign investors’ protections. They have entered into many BITs and related agreements with non-African countries (extra-Africa BITs), offering protections to investors outside of Africa making investments into Africa.

By way of recent example, in 2014 five BITs were signed between Canada and African states (Cameroon, Nigeria, Senegal, Mail, Cote d’Ivoire). In the same year, the Japan-Mozambique BIT entered into force, as did the Economic Partnership Agreement between Cameroon and the European Union, and negotiations were concluded for the Canada-Burkina Faso Foreign Investment Protection and Promotion Agreement.

A new generation of investment treaties

These recently agreed treaties are more detailed and specific than earlier investment treaties. The two newly-signed Canada-Cameroon and Canada-Nigeria BITs are examples of “new generation” BITs. Salient features of the lengthier (50+page) treaties include:

“promotion of sustainable development” in the preamble;

protections to investments in pre- and post- establishment phases;

detailed guidance on the parameters of expropriation, preserving the regulatory space for certain public welfare measures;

explicit recognition that states should not relax health, safety or environmental standards to attract investment;

There are around 30 investment treaties in force between African states at present (“intra-Africa BITs”), as well as over 120 BITs that are signed but not yet ratified. Most of these intra-Africa BITs have been agreed since the mid-1990s.

Intra-Africa trade is seen as a key missing ingredient in the growth and development of the continent and as a result African countries are increasingly showing a willingness to develop ways to facilitate and protect investments made within the continent, whether through new investment treaties, trade agreements, or international organisations.

For example, various intra-Africa regional organisations have come into being. These organisations aim to boost legal harmonisation and facilitate intra-Africa trade. One of the declared aims of the African Union (“AU”), which now consists of 54 African States, is to coordinate and intensify cooperation for development. Other important organisations include the Southern African Development Community (“SADC”), the Organisation for the Harmonisation of Business Law in Africa (“OHADA”) which binds 17 Western- African states, and the Common Market for Eastern and Southern Africa (“COMESA”).

According to the United Nations Commission on Trade and Development (“UNCTAD”), 2,496 investment treaties are in force around the globe. Of that, 430 are extra-Africa BITs and 29 are intra-Africa BITs. And there are more to expect. Around 300 BITs involving an African state await ratification.

In line with this proliferation of investment treaties, recourse to international arbitration is increasing. In 2014, of the total claims registered with ICSID, 20% involved Sub-Saharan African states and 15% involved Middle East and North African states.

To date these geographic categories account for 16% and 11% respectively of the known ICSID cases.

To explore further, during 2013-2014 it is known that Burundi, Mauritania, Guinea, Senegal, Mozambique, Egypt, The Gambia and Sudan were respondents to investment claims, some in multiple disputes. The majority of claims cluster around the oil, gas and mining, information technology, agriculture, construction, water, services and transportation sectors.

Numerous states and commentators have voiced concerns with the current investment arbitration system, calling for, among other things, improved transparency and fewer restraints on state power. UNCTAD has proposed various pathways and design revisions for future BITs and investor-state dispute settlement, many of which have been incorporated into the new generation of BITs entered into by African states.

Despite concerns, the number of new BITs and investor-state disputes grows steadily. BIT protections and the availability of arbitration remain key factors to attract foreign investors.

It is crucial for any investor that is considering investing in Africa, or already has investments in Africa, to perform the following due diligence:

assess whether its investments qualify for BIT protection;

be appraised of what protections it can expect; and

understand how to bring investment arbitration proceedings to protect its rights.