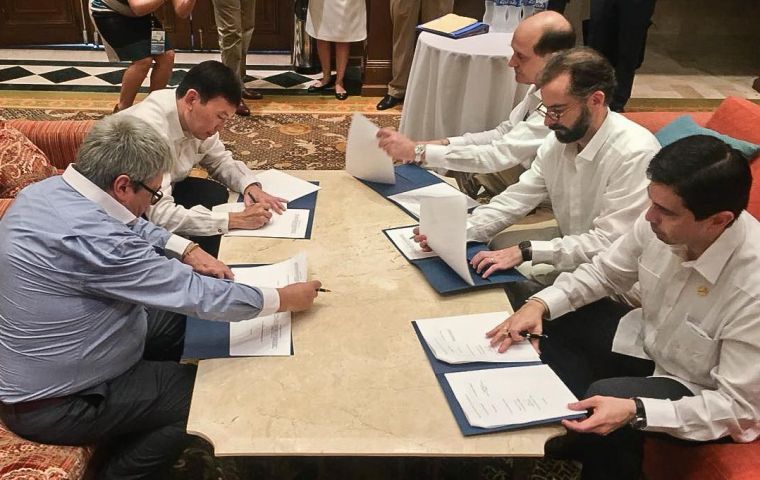 MERCOSUR and Singapore – free trade agreement delayed due to COVID-19

Singapore and the Southern Common Market of South America (MERCOSUR) have experienced a delay in their FTA negotiations after Argentina announced its decision to withdraw from ongoing negotiations on potential trade deals, saying it needs to focus on the growing economic crisis at home amid the coronavirus pandemic.

MERCOSUR is an economic bloc currently composed of countries in South America (Argentina, Brazil, Paraguay and Uruguay), and has associated members in Chile, Peru, Colombia, Ecuador, Guyana and Suriname. Bolivia is in the process of joining the bloc. Mercosur’s collective market is over 260 million people and it has a GDP of US$3.54 trillion.

While lesser known in Asia, the impact of an FTA between MERCOSUR and Singapore proposes to favor trade investments to attract and expand the presence of MERCOSUR in ASEAN with Singapore as the core of the business, while at the same time will stimulate more negotiations and reduce obstacles for Mercusor and Singaporean companies to compete in each other’s respective markets.

Singapore has considerable experience with respect to FTA’s having a vast knowledge of business transactions and currently has more than twenty wide-ranging trade treaties in force. It stands out for its tax legislation that does not levy taxes on almost all assets (with exceptions). It does not levy profits taxes upon dividends for example realized externally from Singapore and enjoys a relatively low corporate income tax rate of 17%.

The Southeast Asian country became the first ASEAN member to start negotiating with MERCOSUR. Trade between the two reached US$3.5 billion last year and the upcoming FTA should considerably boost this – but not until the COVID-19 pandemic eases.