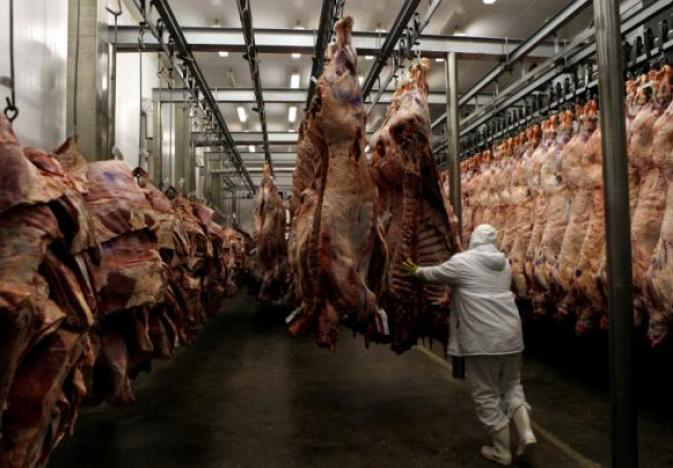 European Union and Mercosur representatives are pressed to close a deal before the upcoming Brazilian general elections.

Mercosur and the European Union will attempt to close a free trade deal almost 20 years in the making. According the South American bloc’s pro tempore President, Eladio Loizaga from Paraguay, “there’s agreement on 90 percent" of stipulations.

The neoliberal turn provided new possibilities for finalizing an agreement, but this window might close as Brazil heads for national elections in October 2018.

The last round of negotiations ended on Feb. 9 without agreement on key issues, such as quotas on Mercosur beef and ethanol exports, and preferential access for EU companies to participate in public contracting.

Loizaga, however, said the beef quota issue “is resolved,” signaling to the bloc’s acceptance of the EU’s last offer, which increased the quota from 77,000 to 99,000 tons, AFP reported. This is an amount much lower than the 390,000 tons demanded by Mercosur last year.

There is less optimism in Brussels. The European Commissioner for Agriculture, Phil Hogan, said Monday “there are many areas in which we are not advancing as we should. We are not receiving the types of offers by Mercosur countries that we hope for, particularly in regards to industrial products.”

Other issues that have strained negotiations are the clauses on designation of origin, transition periods, automotive industry and other agricultural goods such as dairy products.

Workers, social movements, academics and politicians on both sides of the Atlantic reject a free trade agreement, criticizing the secretive and “undemocratic” character of inter-bloc negotiations.

Detractors in the South American countries reject the agreement because they fear an open market policy of industrial goods and access to public contracting would have negative repercussions on small and medium size businesses, causing in turn a rise in unemployment.

Political analyst Santiago Martin-Carrillo argues that commercial relations between the two blocs “constitute a clear example of the international division of labor and center-periphery relations,” reinforcing Mercosur’s dependency on the export of primary goods.

Furthermore, Brazilian public health experts have warned that the free trade agreement with the EU would have a negative impact on Brazilians’ right to healthcare, particularly in access to HIV and Hepatitis C treatment. Researchers estimate that the intellectual property provisions in the agreement would "represent an additional expenditure of nearly US$444 million by the Brazilian Ministry of Health."

This round of negotiations will last until March 2, and their results remain uncertain.

Ignacio Bartesaghi, director of the international business and integration of the Catholic University of Uruguay, warned that if the deal is not closed soon, "it is very probable it will never be."

"The windows of opportunity are running out," he added.

Santiago Martin-Carrillo of the Latin American Strategic Center of Geopolitics, Celag, agrees, pointing to the upcoming general elections in Brazil as an effective deadline due to the possibility of a reversal of Temer’s neoliberal policies.