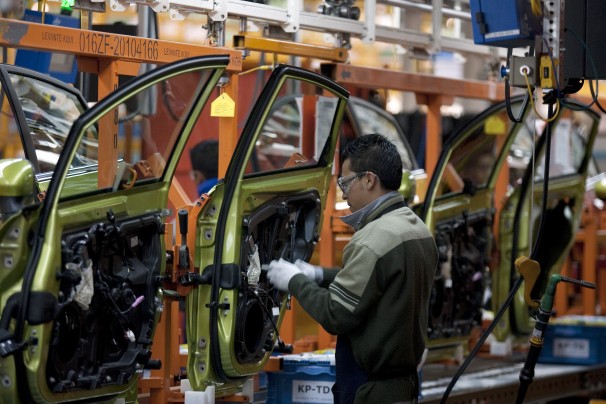 Foreign Relations Secretary Luis Videgaray said on Tuesday at an event in Miami that NAFTA has allowed Mexican industry to enter the U.S. market with lax rules of origin. The rules dictate how much U.S. content a product assembled in Mexico must have in order to escape tariffs when being imported into the United States. Currently set at 62.5 per cent for the auto industry, that number could increase.

“One part that must inevitably be reviewed is the chapter on rules of origin,” Videgaray said at the University of Miami. “Over time, the free trade agreement has sometimes been used, not always of course, but sometimes as a way to access the U.S. market perhaps with laxity in some ways of rules of origin.”

The Trump administration told Congress earlier this month there would be 90 days of consultations on the renegotiation of the 23-year-old pact before beginning talks with Canada and Mexico. Annual trade of goods between Mexico and the U.S. was at $525-billion in 2016, with the U.S. running a trade deficit of more than $63-billion.

The foreign minister said Mexico won’t entertain any talks on building a wall along the border. Videgaray maintained it is seen as an unfriendly sign and questioned its efficiency. Trump’s budget seeks $2.6-billion for border security technology, including money to design and build a wall along the southern border. Trump repeatedly promised voters during the campaign that Mexico would pay for a wall.

source: The Globe and Mail
Mexico NAFTA rules of origin US
Subscribe to bilaterals.org weekly