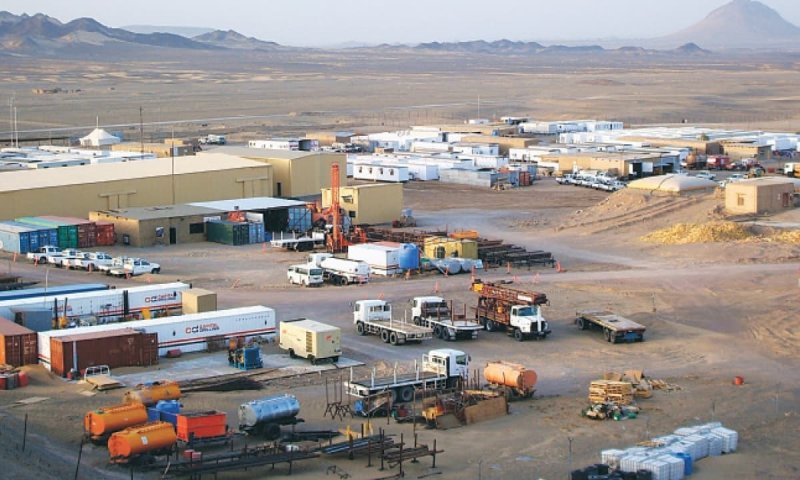 The second-largest damages claim awarded to a foreign investor against a government was US$5.8 billion, in July 2019, to the Australian subsidiary of Tethyan Copper Company against the government of Pakistan. Canadian academic Kyla Tienhaara argued in an article in the Conversation that this Investor-State Dispute Settlement (ISDS) ruling demonstrated that the global economic governance model is broken.

Australia, with its many Bilateral Investment Treaties and FTAs, contributes to a system of treaty shopping by mining companies looking to sue governments over unfavourable decisions.

Tethyan was indirectly owned by two other mining companies, Barrick Gold Corporation of Canada and Antofagasta PLC of Chile. Neither Canada nor Chile has an investment treaty with Pakistan which allows for an Investor-State Dispute Settlement (ISDS) claim. But Australia does have a Bilateral Investment Treaty which came into force in 1998, which allows claims to be lodged with the International Centre for Settlement of Investment Disputes, an agency of the World Bank. The Tethyan Australia subsidiary enabled the company to lodge the claim in 2011.

The award is more than 25 times the US$220 million the company invested in the project and includes an unknown payout for ‘lost future profits.’ It is 16 per cent of the entire Pakistan Budget for 2018-19.

The ruling came less than two weeks after Pakistan accepted a US$6 billion loan from the International Monetary Fund, which included strict conditions that forced the government to impose severe austerity measures.

According to the Antofagasta PLC Annual Report for 2019, on 8 November 2019 Pakistan applied to ICSID to annul the award and on 13 March 2020, ICSID appointed a committee to consider this application which is expected to reach a conclusion in the next one to two years. Tethyan is currently stayed from taking action to collect the award. Whether this stay remains in place will be an issue being argued before the ICSID-appointed committee. A similar statement is made in the Barrick Gold 2019 Annual Report.

According to industry data, Tethyan is now located in Perth, and has four employees and a sole director based in the UK.

Canadian company Barrick Gold announced on July 10, 2020, that its Australian subsidiary, Barrick (PD) Australia Pty Ltd, was invoking the ISDS provisions of a bilateral investment treaty between Papua New Guinea (PNG) and Australia over the PNG government’s refusal to grant an extension of the company’s expired 30 year lease at the controversial Porgera Joint Venture gold mine in the PNG highlands.

Canada does not have a BIT with PNG. Despite a shocking record of environmental and human rights abuses, Barrick wants another 20 years of mining at Porgera, and it wants to deflect claims for compensation from the Ipili and Engan peoples, who are the landowners.

Claim against Sweden for environmental regulation

In November 2019, Aura Energy Ltd, an Australian company also listed in the UK, lodged a claim under the Energy Charter Treaty (ECT) for US$1.8 billion in compensation from the Swedish government because in 2018 the government had decided to phase out uranium mining for environmental reasons.

The company is claiming compensation for ‘indirect expropriation’ and ‘unfair treatment’ which it claims violated its ‘legitimate expectations’ of future profits.

Australia has not ratified the ECT, but the UK has. Aura appears to be relying on its UK listing to lodge a claim under the ECT.

In its 2019 Annual Report, Aura reported that it had three employees, its main activities were exploration for uranium, vanadium and gold and base metals in Sweden and Mauritania, and that it had made a loss of $2.8 million. It has net assets of just A$19.65 million.

The Australian mining company Indiana Resources Ltd is one of three mining companies that served the Tanzanian government with a notice of intent to bring an ISDS case after Tanzania revoked the companies’ retention licences without compensation in December 2018. Indiana Resources is a majority shareholder in UK-listed Ntaka Nickel Holdings Ltd, and the claim relies on a UK – Tanzania Bilateral Investment Treaty.

The cases come after the Tanzanian government made amendments to the country’s Mining Act in 2018, which required a minimum of 16 per cent government ownership of mining projects and 5 per cent equity participation for local Tanzanian companies.

Indiana Resources Ltd is a mining exploration company listed on the Australian Stock Exchange with capital of A$9 million. It has three non-executive directors. It has secured US$4.65 million in litigation funding from Litigation Capital Management.