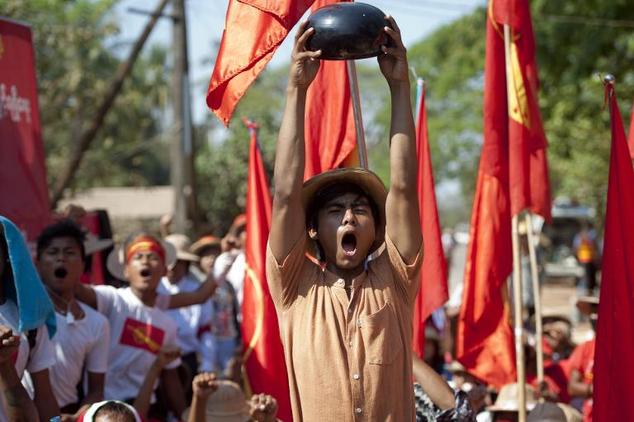 We, Myanmar Civil Society Organizations working on a variety of sectors ranging, are writing to you in your capacity as European Union Commissioner for Trade, mandated with the responsibility for negotiating bilateral trade agreement with key countries. We have been actively following the negotiations of the Myanmar-EU Investment Protection Agreement (IPA) since 2014. In that respect, we have received a questionnaire on the expected impacts of the Investment Protection Agreement from an agency called Development Solutions. We understand that Development Solutions is a private entity engaged by EU and that they do not represent the EU and thus we are addressing our concerns directly to you.

We would like to express our deep concerns about the upcoming Investment Protection Agreement. It is important for us to know whether these concerns will be taken seriously if we answer the questionnaire. Will our answers have any serious implications on the negotiations ? Will our answers be used to check the box - “consultation with CSOs “ as so often happens ?

Another problem we have is with the nature of the questions. How can we answer questions asking for our views on potential impacts of the IPA when we have never read the full text up for the negotiation ? If the EU is genuinely interested in our views, we would like to ask you to give us full insights in the text which has been proposed for negotiations and the different positions taken so far by EC DG Trade and the Myanmar government. We consider that the questions asked by Development Solutions are not the most relevant questions to ask from a civil society perspective and seem to be mainly designed for businesses.

We also think one key question is missing : the question whether we at all want an IPA. As many of us have communicated in our June 2014 statement, signed by over 200 Myanmar CSOs, we believe that Myanmar should not sign IPAs at this moment in time with these provisions. Myanmar is still in its very early stages of democratization and peace building. Many laws and policies still need to be revised. An IPA would severely endanger our prospects for democracy and sustainable peace.

We need to learn from other countries that are revisiting their IPAs because these have proven to hinder national development goals, as in the case of Indonesia where a new mining law that would generate more revenue for the State and generate more jobs was challenged several times by foreign investors, claiming up to billions in compensation out of the public budget.

The questionnaire by Development Solutions worries us deeply because of the absence of the most relevant questions such as :

the potential impacts of the IPA on the peace process. It seems like the questionnaire is standard and is not geared towards the particular situation in Myanmar.

investor protection and investor-state dispute settlement (ISDS) and expected impacts on the space of the Myanmar government to govern in the interests of the environment and the public at large.

ISDS and ways to improve the Myanmar judicial system. We learn that the Myanmar Government wants to include exhaustion of local remedies first, before going to international arbitration (which we support very much) but the EU is not agreeable. Forcing investors to go to national courts first would have forced the Myanmar government to improve its national judicial system. The EU now opts for a system that puts European investors in a privileged position.

the desirability of an IPA. The questionnaire takes the IPA as a given. There are other ways to provide protection to investors without risking the public budget of Myanmar. Investors can take insurance or investor protection can also be included in a contract between the Myanmar government and investors. That way the Myanmar government can take well thought through decisions about the risks it wants to take against certain investments, instead of opening up to the risk of ISDS with every foreign investor.

the new model of investment protection treaties Indonesia and India have developed which leave much more space for government to regulate and link the level of protection to the performance of the investor.

Over the past years we have submitted several statements and letters of concern to the EU and to the Myanmar Government. We are very interested to engage seriously on the issue of the IPA. We have been told that the IPA will “promote transparency”. We therefore call upon you to start by providing transparency with Myanmar Civil Society and to present us the full text of the IPA as currently being negotiated, so we can take an informed position.

We also have remarked that on the website established for the consultation on the IPA (http://www.eu-myanmarsia.com/ ), the SIA Inception Report (December 2015) states that the European Commission “recommended a very broad approach, beyond stakeholders in the capital, including minority/vulnerable groups in border regions. EU companies operating within Europe and also those operating in Myanmar should be involved in the consultation process. It will also be important to assess how SMEs could potentially be positively or negatively affected by the EU-Myanmar IPA”. (p.10) In our view, as representatives of over 571 civil society organizations in Myanmar, the questionnaire in English and one multi-stakeholder workshop planned later this month does not meet this requirement. We would welcome the opportunity to meet and discuss our ideas further with you, and we remain at your disposal to provide any additional information needed.