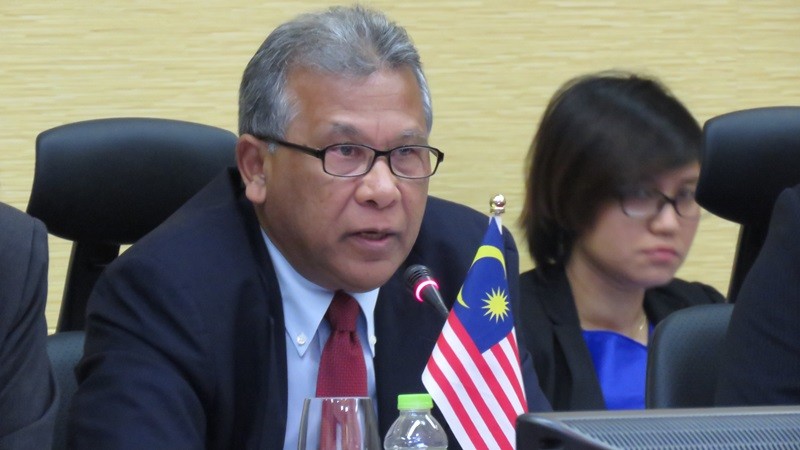 Ministry of International Trade and Industry (MITI) secretary-general Datuk Seri J. Jayasiri said as there is no trade minister yet, the review exercise is something definite to be undertaken by the new government.

Jayasiri said the decision will be reviewed by the new minister to ratify, citing that it requires some legislation to be amended.

He was speaking to reporters after the launching ceremony of the SEMICON Southeast Asia 2018 here today.

He added the trade agreements negotiations are currently still on going, and believed that the new government will be supportive of RCEP and CPTPP.

“Although 11 countries have negotiated for the CP-TPP, while six countries need to ratify the trade agreement to enter into force,” he said.

“This year we project Malaysia’s trade to hit around 5.9 per cent growth for 2018. Based on the first-quarter result, we are going on the right track.

“Our trade performance is also conditional on what happened to the external environment. But it seems to show positive sign and augurs well for the Malaysian export,” he said.

Jayasiri pointed out the electrical and electronics (E&E) sector has been the main player for the Malaysian manufacturing, contributing about 36.7 per cent of the total exports.

“We are generally optimistic that the E&E sector would contribute a large portion to our export,” he said.

“The semiconductor investments are largely in Penang, both from local and foreign investors,” he said.

Azman said the agency intends to use the same incentive scheme under the Promotion of Investment Act.

“As the industry gears for higher technology, certainly we will improve the incentive to attract more high-technology project in the future,” he added.

Jayasiri said more importantly Malaysia should have more business friendly environment and supportive ecosystem with other essential for potential investors.

SEMICON is the region’s premier gathering of the global electronics manufacturing supply chain with over 400 booths and 300 exhibitors participation throughout the three-dat event.

“We believe the sector going to grow in this momentum to 2018, probably at US$450 billion and we project to surpass US$500 billion in 2019,” he said, adding that it was a huge potential for electronic sector in Southeast Asia.

Ng said it foresees the catalyst for the semiconductor to grow with the utilisation in Internet of Things (IoTs), artificial intelligence, autonomous vehicle and cloud computing.