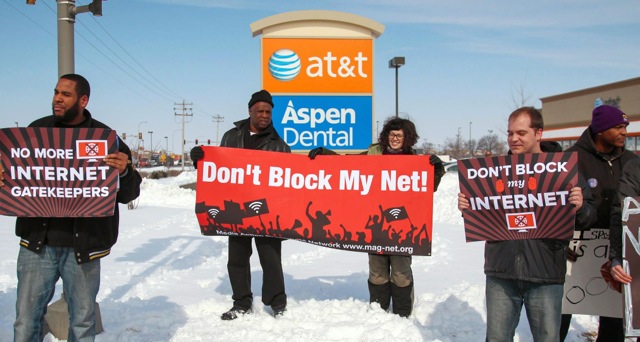 The new trade deal reached between the U.S. and Mexico contains a myriad of rules and tariffs, and among them include tougher rules on copyright and intellectual property.

Canadian Foreign Affairs Minister Chrystia Freeland is currently in Washington to negotiate Canada’s part in the agreement, which could be the new form of the North American Free Trade Agreement.

Though the exact details of the agreement aren’t fully known, some of the digital rules outlined in the agreement include extending the minimum copyright term to 75 years from 50 years, and a notice-and-takedown regime for Intellectual Property violations.

The tougher rules are not necessarily new, as Canada fought against them during the renegotiation of the Trans-Pacific Partnership after the U.S. withdrew in 2017. (The copyright term argued for during the TPP negotiations was 70 years.)

And advocates say Canada should fight back against them again.

“We only know a fraction of what’s included in this deal,” Laura Tribe, executive director of OpenMedia told Global News.

“But it’s really concerning to see that we seem to be headed down the exact same road that we just spent five years fighting.”

According to the U.S. press release, the new agreement should “establish a notice-and-takedown system for copyright safe harbors for Internet service providers (ISPs) that provides protection for IP and predictability for legitimate technology enterprises who do not directly benefit from the infringement, consistent with United States law.”

Basically, that means content or websites must be taken down if they’re accused of copyright – even if it has not been proven the content is copyrighted.

“I think that’s the really big issue that we’ve seen in the states — a lot of mistaken takedowns,” Tribe explained.

“The notice and take-down system is used as a way to take down content that people don’t like – instead of content that is actually a copyright infringement.

As for copyright terms? Currently in Canada, the term is 50 years after the life of the creator.

The new agreement would see it rise to 75 years, to “ensure that works such as digital music, movies, and books can be protected through current technologies,” the U.S. press release states.

“Things that we would love to use to remix, to create with, would be another 25 years before they’re publicly accessible,” Tribe explained.

She called it a barrier to information, innovation and creativity.

But Tribe is also asking the question: should digital issues be included in NAFTA at all?

“There’s a strong case to be made that it doesn’t belong in trade agreements,” Tribe explained.

“I think that one of the biggest concerns that we have around digital rights digital policy being negotiated through trade is it’s taking things that have very physical boundaries and applying them to things that don’t.”

She says looping in information into trade deals means there will be things that will be left out or missed.

“To have those conversations, you need to make sure that they’re experts on that type of content in that type of information at the negotiating table. And there are really complicated issues that are quite complex and so looping them in with these other issues, it feels like it’s doing a bit of a disservice.”