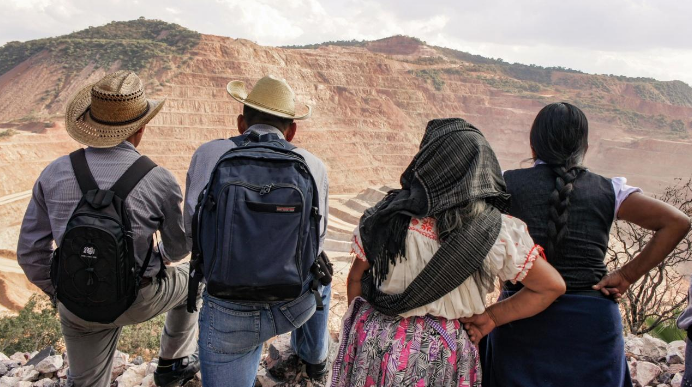 We analyzed 38 multi-million dollar claims brought by the mining industry using ISDS and other investment protection laws; in over half, communities are fighting to protect Indigenous territory, water, and more.

The report examines all 38 known cases that have been brought by mining companies against governments in Latin America with increasing intensity in the last two decades. They are suing for millions and billions of dollars as a result of court decisions, public policies, and other government measures that they claim reduce the value of their investments. In the majority of these cases, communities have been actively organizing to resist mining activities and defend their land, health, environment, self-determination, and ways of life.

“Mining and other extractive companies are the most likely sector to make use of ISDS worldwide. Canadian companies make up the bulk of the mining firms that are suing governments in Latin America, including many junior exploration firms that are using ISDS as a last ditch effort to make millions when they have otherwise failed to obtain environmental permits, gain community support, or make any earnings at all,” said Kirsten Francescone, Latin America Program Coordinator at MiningWatch Canada.

Transnational corporations have access to the supranational arbitration system as a result of investor-state dispute settlement (ISDS) clauses in Free Trade Agreements and other investment protection pacts, laws, or contracts. These allow companies to bypass domestic courts and sue governments before private tribunals of highly paid corporate lawyers who have no obligation to consider concerns related to communities or the environment.

"Through years of advocacy, communities have managed to enshrine critical land rights, Indigenous rights, and health and environment protections into law. When mining companies use ISDS, they challenge not only state sovereignty, but also the few hard-won laws and decisions that allow communities to defend their homes, livelihoods, and human rights. This report reveals why ISDS use should be eliminated,” said Carla García Zendejas for the Center for International Environmental Law (CIEL).

The report found that Colombia currently faces over US$18 billion dollars in threatened or pending suits, especially related to protecting Indigenous territory and fragile páramo ecosystems, which provide water to over a million people. Mexico and Uruguay face over US$3 billion each in suits for measures that have put ecologically sensitive areas off-limits to industrial mining. Guatemala and Ecuador have been threatened with tens or hundreds of millions of dollars in suits related to gold and silver projects that communities have spent many years fighting, facing criminalization and threats to defend their water, health, and livelihoods.

“People currently struggling to prevent the extractive industry from destroying their territory, water, and ways of life can learn from the success that the people of El Salvador had when Pacific Rim Mining sued after failing to obtain an environmental permit for a gold project. The local, national and international organizing that took place over the seven years of the arbitration, with a solid legal defence, not only led the company to lose, but cleared the way for Salvadorans to ban all metallic mining country-wide in March 2017,” said report co-author and global economy researcher Manuel Pérez-Rocha of the Institute for Policy Studies.

The extractive sector takes greatest advantage of ISDS with oil, gas, and mining companies having brought 24% of known claims. The geographic distribution of cases is concentrated in Latin America, with Central and South American governments facing 29% of known claims.

You can find the full report and brief executive summary at https://miningwatch.ca/sites/default/files/isds_report_final_.pdf

These findings complement a study released earlier this week by the Canadian Centre for Policy Alternatives (CCPA), Digging for Dividends: The use and abuse of investor-state dispute settlement by Canadian investors abroad. That report highlights environmental policy as the fastest growing trigger for Canadian companies that pursue ISDS across all economic sectors. It further finds that financial speculators are increasingly engaging in for-profit financing of cases through shadowy, third-party funding mechanisms.