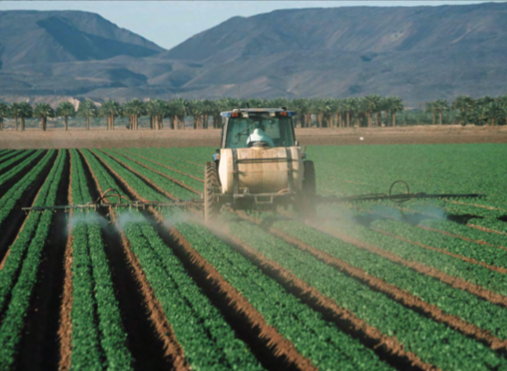 Pesticides used in industrial agriculture can have negative impacts on human health and the environment (Photo : Jeff Vanuga)

While not entirely a new phenomenon—informal discussions between U.S. and Canadian regulators were formalized in the years following implementation of the original NAFTA—the renewed focus on behind-the-scenes discussions between corporations and government officials in recent trade deals represents a shift in tactics. As the report states, “What corporate lobby groups would like most is a means—preferably an enforceable one—of pre-empting, forestalling or weakening pro-consumer or pro-environment policies and regulations before they are ever implemented, avoiding the need to later challenge them at the WTO as burdensome trade barriers.” Even though regulatory cooperation activities are often billed as voluntary, the report found that they undermine the democratic process and give corporations preferred access to regulators : “As practiced in North America, voluntary regulatory cooperation has been much less transparent and accessible to NGOs and academics, or even elected officials, than it has for industry lobbyists.”