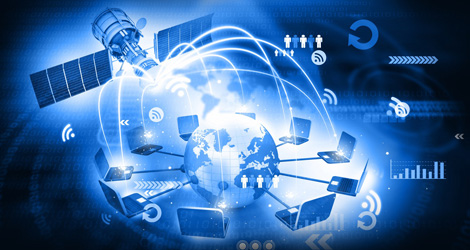 A common set of rules on intellectual property (IP) and e-commerce and a new scope of trade for telecommunication services are among some of the expected benefits that will arise from the Regional Comprehensive Economic Partnership (RCEP) agreement when it is signed next year.

The Australian government has announced that Australia is one of 15 Indo-Pacific countries currently committed to signing the RCEP regional free trade agreement in 2020, after it agreed to all 20 chapters of the agreement during the ASEAN Summit in Bangkok on Tuesday.

"As RCEP economies develop and their middle classes grow, this deal will open up new doors for Australian businesses and investors across our region," he said.

When finalised, the RCEP is expected to see a common set of rules on IP protection, with enforcement to be established for the RCEP region under the Intellectual Property Chapter which will be consistent with Australia’s existing IP regime.

Specifically, this would see Australian IP rights be protected and enforced in RCEP markets, which the Australian government said it hopes will encourage investment in new ideas and promote sharing of information, knowledge, and technology.

In addition, new rules around e-commerce are expected to be formed under the agreement. These would include rules that support Australian businesses when they transfer data across borders as part of their activities and limit the scope for governments to impose restrictions, including requirements to locally store data; rules that promote digitisation of trade documentation and the use of electronic signatures and electronic authentication; and rules that help protect consumers and their personal information online, and combat spam.

The Australian government assured however, Australia’s data framework, including the Privacy Act and e-health record system, would not be affected by the RCEP e-commerce outcomes.

Under the agreement, the Australian government said a framework of rules to govern trade and the access and use of telecommunication services across the region would also be established. For example, RCEP countries have committed to allowing the portability of mobile telephone numbers and agreed to cooperating together in promoting "reasonable" international mobile roaming rates.

There are 16 participating countries that form the RCEP. Aside from Australia, these include Brunei Darussalam, Cambodia, China, India, Indonesia, Japan, the Republic of Korea, Lao, Malaysia, Myanmar, New Zealand, the Philippines, Singapore, Thailand, and Vietnam.

The joint leaders of those countries said in a statement that India is the only outstanding country that has yet to agree to be part of the RCEP agreement.

The RCEP agreement follows negotiations that have been ongoing between all 16 countries since November 2012.