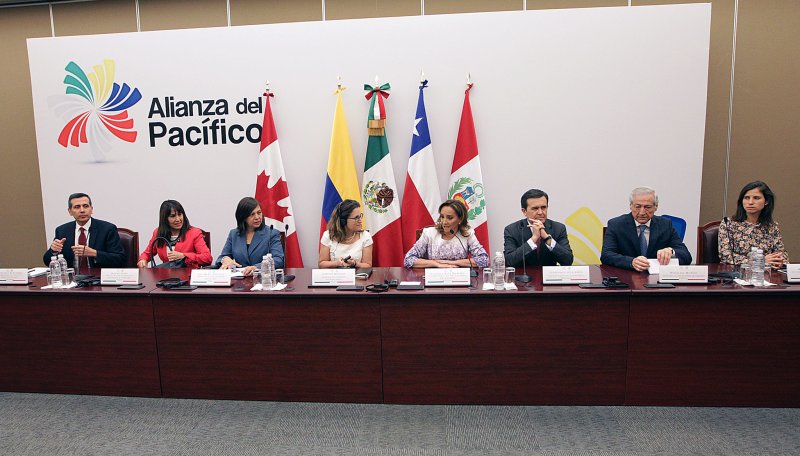 The second round of the Pacific Alliance’s negotiations with its potential “associate members” wrapped up on Friday 2 February in Gold Coast, Australia, with officials from the countries involved reporting steady advances in the talks across various subject areas.

The talks brought together officials from Australia, Canada, New Zealand, and Singapore with the Pacific Alliance coalition made up of four Latin American countries – Chile, Colombia, Mexico, and Peru. The process of negotiating this “associate member” relationship began last year.

The goal of last week’s talks, officials confirmed, was to help pave the way for the future exchange of market access offers and advance discussions on future rules. The accord, if reached, would aim to go beyond existing arrangements, open up new market opportunities, and significantly deepen regional relationships.

Ministers from both current Pacific Alliance countries and prospective associate members highlighted the good pace of the negotiations so far, as well as the economic and strategic value that could come from solidifying this partnership.

“This negotiation process will allow the bloc to advance towards the fulfilment of one of its fundamental objectives: to become a platform for economic and commercial integration in the Asia-Pacific region,” said Chilean official Pablo Urria at the start of the talks.

Australian Minister for Trade, Tourism, and Investment Steven Ciobo, who served as the round’s host, welcomed the talks as an opportunity to develop Canberra’s commercial ties with the Pacific Alliance members, along with ensuring that the Oceanic nation does not fall behind other large economies in fostering deeper trading relationships in the region.

“The Pacific Alliance trading bloc remains an under-explored market for Australian exporters; and Australia’s competitive access to the economies in this bloc has been limited by high tariffs and barriers,” Ciobo said.

He added that “a comprehensive and high-quality FTA will open the door to new and rapidly growing markets for Australian businesses, putting [our] exporters on the same footing with the United States, the European Union, and Canada – who all have FTAs that give them preferential access.”

Last week’s round of talks follows the initial negotiating round held last November in the Colombian city of Cali, where officials presented the planned text of the “commercial protocol.” The document is meant to serve as a starting point for negotiations with the four candidates for associate membership. (See Bridges Weekly, 2 November 2017)

During the five-day round held last week, the parties reportedly met on a series of trade topics that could form part of a future accord, according to a summary released by the Pacific Alliance press office.

Colombian Minister of Commerce, Industry, and Tourism María Lorena Gutiérrez welcomed negotiators’ progress in some specific areas, including non-tariff barriers and economic integration, as a positive signal for the talks to come.

“I highlight the willingness and commitment of associate member candidates to achieve the objectives set from the beginning of the negotiation,” said Gutiérrez.

The Peruvian Deputy Minister of Foreign Trade, Edgar Vásquez, has suggested that these meetings will allow the Latin American coalition to advance its efforts to boost economic and commercial integration with the wider Asia-Pacific region.

“These meetings present the opportunity to improve the terms we have in the trade agreements signed with these countries,” he said.

Vásquez also welcomed the inclusion of such topics as non-tariff measures, SMEs, and sanitary measures in the discussions, suggesting that negotiating these with the associate member candidates within the Pacific Alliance framework could yield both economic gains along with helping define the original grouping’s future work.

“New elements are being explored that allow for greater benefits to be derived from these commercial agreements and, in addition, we hope this process can help define a work agenda with the countries in the Pacific Alliance,” he said.

Chilean officials have similarly suggested that including SMEs, intellectual property, labour, gender, and environment, among other topics, is a key objective for Santiago given that these are not featured in the current Pacific Alliance framework.

The next round of negotiations is set to begin on 5 March in Santiago, Chile.

Evolution of the alliance

The Pacific Alliance was set up in 2011 and its members reached a framework agreement in 2012. The coalition plans to ensure the free movement of goods, services, capital, and people within their grouping, along with addressing various other shared objectives. (See Bridges Weekly, 13 June 2012)

Since then, the Alliance has gained 52 observer countries from regions around the world, including Oceania, Europe, Asia, Northern Africa, and the wider Americas. These observers can participate in Pacific Alliance meetings on the invitation of full members, and need to demonstrate that they share the group’s goals and established principles.

Observer countries can also move to become full Pacific Alliance members, subject to certain conditions and timeframes. This includes, for example, having trade agreements in place with at least half of the original group’s membership. Costa Rica and Panama are currently candidates for full membership, though the accession process remains ongoing.

The four associate member candidates already have well-established ties with the Pacific Alliance members individually, including through existing trade accords. For example, Canada has in place free trade agreements with all four Pacific Alliance countries. The North American nation and the bloc exchanged C$48 billion (US$38.3 billion at current exchange rates) in goods trade in 2016.

Negotiations to suspend certain TPP provisions or ink new side letters were concluded just weeks ago, and the CPTPP members are now due to sign the final deal in early March, also in Santiago.