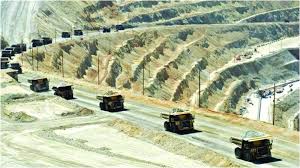 Pakistan has asked a US federal court to pause an Australian copper company’s bid to enforce a $6 billion arbitral award while it looks to have the award nixed, reports Law360, a New York-based legal publication.

Pakistan argued in a federal court in Washington that the enforcement could have “devastating consequences for its political and economic stability”, said the author, Caroline Simson.

In a brief submitted in the court on Friday, Pakistan argued that Tethyan “shouldn’t be allowed to proceed with the litigation while it looks to annul the award based on “numerous substantive and procedural errors”.

The report noted that the award is the second largest ever to be issued by the International Centre for Settlement of Investment Disputes (ICSID) and equals 2 per cent of Pakistan’s annual gross domestic product and 40 per cent of its total liquid foreign reserves.

ICSID is an international arbitration institution established in 1966 for legal dispute resolution and conciliation between international investors and is part of and funded by the World Bank Group, headquartered in Washington.

Pakistan said in the brief that its economy was already facing “significant challenges and weaknesses” and that enforcing the award would effectively negate a $6 billion loan it received from the International Monetary Fund last year to stabilise its government and economy.

Pakistan also pointed out that ICSID’s secretary general provisionally stayed enforcement of the award after registering the annulment bid in November, adding that the benefits of pausing the litigation are “overwhelming”.

“[A] stay not only avoids the possibility of conflicting results between this court’s determination of enforcement and the ICSID’s determination to annul the award [...] but it also eliminates the time and expense associated with an appeal and any subsequent litigation,” Pakistan argued.

The brief claimed that the tribunal wrongly disregarded international law limiting the amount of damages available for lost profits and that it relied on a novel damages calculation method “without authorisation or explanation” that resulted in a number billions of dollars higher than a traditional model would, Law360 reported.

Pakistan argued that the “discounted cash flow approach”, used for awarding Tethyan, failed to properly account for certain risks and uncertainties in the project.

Also, the calculated damages were based on a projected 56-year operating period for the mine even though no lease or permits for the project were ever issued by Pakistani authorities, the brief added.

Pakistan informed ICSID that the proposed project was based on agreements that were invalid under Pakistani law and, therefore, Tethyan Copper couldn’t seek any damages.

Attorneys for the parties could not immediately be reached for comment on Monday.

The Chilean copper miner Antofagasta plc won the award last July in arbitration that arose out of Pakistan’s 2011 denial of a mining lease for the Reko Diq project.