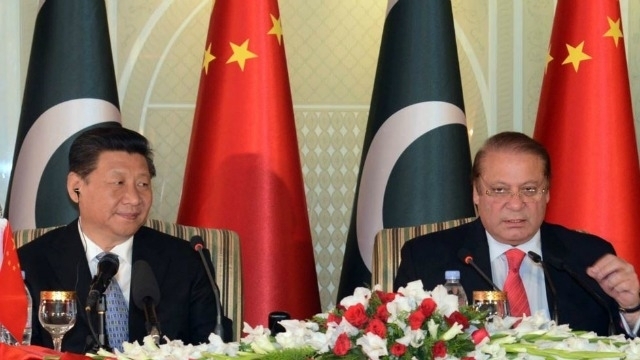 ISLAMABAD, Pakistan: In order to reduce the fast-growing trade deficit, Pakistan has rejected the proposal to sign second Free Trade Agreement (FTA) with China and asked Beijing to give concessions which it gives to the Association of Southeast Asian Nations (ASEAN).

As per official documents, Pakistan and China signed the FTA in 2006 to promote bilateral trade. The trade volume of Pakistan-China trade in 2006-07 was around $4 billion which reached $12 billion in 2015-16, exclusively reported by renowned journalist Azhar Jatoi.

The documents reveal that while reviewing the first phase of FTA, the Commerce Ministry pointed out the reservations of local industry, which had negative impact on cheapest import from China.

The Commerce Ministry held detailed consultations with Stakeholders in Public Sectors to consolidate Pakistan’s position. The ministry, as per the views of Stakeholders, chalked out a strategy to protect the interest of the local industry so that Pakistani products could have better access in Chinese market.

According to documents, Pakistan has also proposed mutual recognition agreement with China in construction and engineering sectors to resolve issues related to Standards-based assessment. In addition, Pakistan has voiced serious concerns over mis-declaration and under-invoicing.

Both the Sides have given their consent to electric date exchange to verify the situation.

Now Pakistan has demanded ASEAN-like concessions from China, and in this regard, the Federal Commerce Minister Khurram Dastgir told Roznama 92 News that Pakistan had a wide-ranging free trade agreement with China in 2006, and they tried to gain maximum concessions of it but later China offered zero rating to ASEAN in 2008 which made the trade imbalance. The minister said that now we want to resolve the issues instead of moving towards the second FTA.

Dastgir said that they have asked China to give ASEAN-like concessions, and in this regard, Prime Minister Nawaz Sharif has also raised the issue with his Chinese Counterpart; therefore a progress is expected soon.