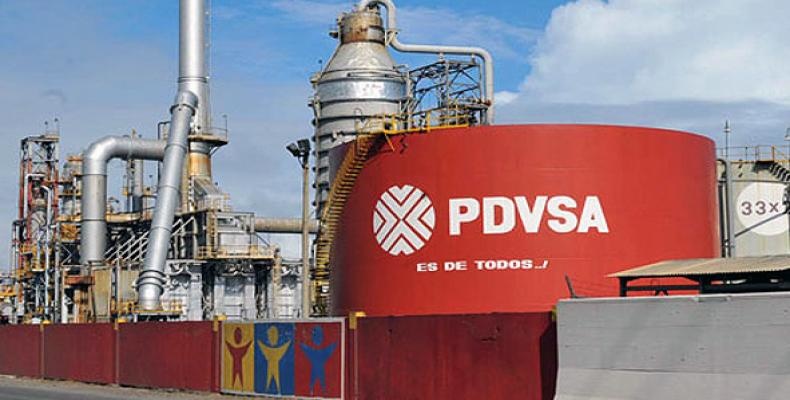 Conoco’s assets in Venezuela were expropriated in 2007 following a nationalization of the country’s oil industry led by late President Hugo Chavez. The firm left the nation after it could not reach a deal to convert its projects into joint ventures controlled by PDVSA [PDVSA.UL].

The arbitration decision, released by the International Chamber of Commerce (ICC), which has no means of enforcing its decisions, is considered by the U.S. company a first step in a series of legal actions to receive compensation for the expropriation of its assets in Venezuela.

PDVSA did not respond to a request for comment.

Venezuela’s cash-constrained economy, almost completely dependent on oil exports, is in the grip of deep recession with hyperinflation and severe shortages of medicine and food. Its ability to pay has also been hurt by U.S. sanctions imposed on the country and PDVSA.

Conoco said it would pursue enforcement and seek financial recovery of its award but did not elaborate. Other companies seeking compensation from Venezuela have tried to enforce awards through various foreign courts.

“The ruling upholds the contractual protections to which ConocoPhillips is entitled,” said Janet Langford Carrig, the Houston-based company’s general counsel who called the expropriation “unlawful.”

Conoco had sought up to $22 billion from PDVSA for the broken contracts and loss of future profits from the Hamaca and Petrozuata oil projects. The agreements with PDVSA had price formulas that limited the compensation Conoco could claim.

A separate arbitration case by Conoco against Venezuela before the World Bank’s International Centre for Settlement of Investment Disputes (ICSID) introduced in 2007 could issue a final decision later this year, a lawyer close to the case said.

A partial decision by ICSID in 2013, which declared the takeover unlawful, is considered by Conoco a “positive step” toward receiving more compensation for its Venezuela assets.

ExxonMobil Corp, also brought two separate arbitration claims before ICSID and the ICC following the 2007 nationalization of its projects in Venezuela. The company last year sought to enforce a $1.6 billion ICSID award after an annulment committee threw out nearly all of the arbitration decision that concerned one of two projects, reducing the payout to $188.3 million.