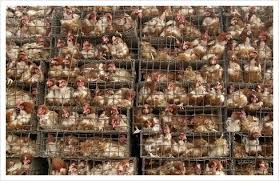 PKS demands that agro-food sector should be excluded from TTIP

THE SLOVAK Food Chamber (PKS) demands that the entire agro-food sector should be excluded from the Transatlantic Trade and Investment Partnership (TTIP) between the European Union (EU) and the USA from the very beginning, PKS president Daniel Poturnay told the TASR newswire on January 19.

“Although the Economy Ministry expects positive consequences for the Slovak economy coming out of the adoption of the TTIP, PKS doesn’t share such an opinion in relation to the agro-food sector,” said Poturnay, as quoted by TASR.

The PKS is concerned that the TTIP could have a similar impact on the agricultural and food sectors as joining the EU had. Poturnay said that the agricultural system in the USA is based on entirely different principles as subsidies for agriculture are more significant. Production focuses mainly on big farms, and the use of hormones and genetically modified organisms is permitted as well.

According to the PKS president, the trend in the EU is the opposite. Brussels pushes for farms to be broken up and for short supply chains, while the attitude towards using hormones and genetically modified organisms is conservative.

At the same time the principles of legal norms are applied in completely different ways in the USA and the EU, Poturnay added.

“If a legal norm or a treaty is adopted at the EU level, it’s valid in all member states, Poturnay said, as quoted by TASR. “On the contrary, a legal norm and a treaty adopted in the USA at the federal level doesn’t necessarily have to be adopted by the individual states.”

He added that the key problems for the agro-food sector are uncompetitive prices, diverse legislation and market obstacles.

PKS is an association of companies set up to coordinate cooperation in advocating the common interests of the food industry at the level of state and non-governmental institutions.