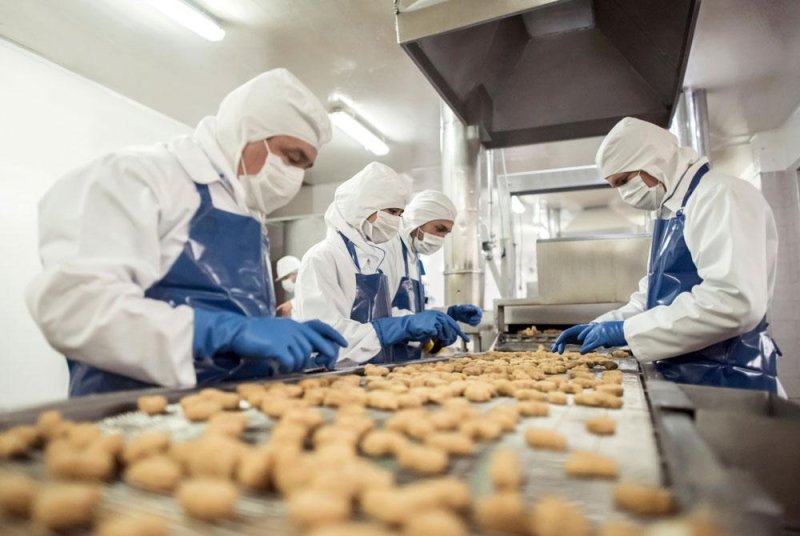 Post-Brexit US trade deal: Chlorinated chicken could be the tip of the iceberg, warns UK union

20 Aug 2019 --- Chlorinated chicken, as part of a post-Brexit free trade deal with the US, is “the thin end of the wedge” that could impact public health and threaten thousands of jobs in the UK food processing industry. This is according to Unite, Britain and Ireland’s largest union. Unite called on the government last week to give a clear statement that it will not “sellout” the estimated 450,000 workers directly employed by the UK food industry in any free trade deal with US President Trump.

The call from Unite, which has thousands of members working in the food processing and agriculture sectors, follows an interview with Zippy Duvall, Head of the American Farm Bureau, who said a deal on chlorinated chicken will be an essential part of any transatlantic trade agreement. This debate has previously ruffled feathers between the nations, after Ambassador to Britain, Woody Johnson, wrote about the negotiation of a future trade deal in a leading UK newspaper in March.

Washing chicken with chlorine has been banned in the EU since 1997, due to food safety concerns. The EU’s issue is not the consumption of chlorine itself, but that such a practice could mask poor hygiene standards, such as dirty abattoirs.

“Unite is demanding answers from the government and we want a clear statement from Theresa Villiers, Secretary of State for Environment, Food and Rural Affairs, that she will not sell out our food workers in any deal with Trump,” says Bev Clarkson, Unite National Officer for Food, Drink and Agriculture. “We also have concerns that some Trump backers in the US have their eyes on the UK meat processing industry.”

“The debate over chlorinated chicken is the tip of the iceberg of what could happen with a post-Brexit, no-deal scenario when Tory ministers go to Washington with a begging bowl to agree a one-sided free trade agreement with the Trump administration,” he says.

“There is a good reason why the EU banned chlorinated chicken in the late 1990s. We believe that public health standards could be compromised if such chicken and also hormone enhanced US beef were allowed to be sold in the UK,” adds Clarkson.

Unite is also concerned about a tariff regime after a no-deal Brexit which could see 90 percent of imports being tariff free, while UK exporters still face paying stiff tariffs on their products.

According to the union, the food sector in Northern Ireland would be particularly hard hit by a no-deal Brexit – Moy Park is the largest private sector employer with 8,000 workers dealing with chicken processing. Dunbia employs more than 4,800 in beef and lamb processing. The Kerry Group has five sites in Northern Ireland focusing on pork and dairy production.

The potential fallout from a no-deal Brexit has concerned many players in the food industry. UK-based ingredients manufacturer Ulrick & Short has underscored the need for a diversified supply chain in contingency planning for a potential no-deal Brexit. Meanwhile the government has been called on by the food industry to waive competition law as the prospect of a “catastrophic” no-deal grows stronger.

Clarkson explains that due to the threat of tariff-free access for 90 percent of imports, this could drive down prices in the supermarkets, which, in turn, could lead to food processing plants in the UK shedding thousands of jobs. This is because it costs more to maintain food health standards in the UK and processing food firms will not be able to compete with cheaper US food with its light touch regulatory framework.

“This will lead to UK producers lowering their standards to compete. It would also hamper future trade relations with the EU, which would place heavier restrictions on any remaining poultry produce imported from the UK. Cheaper prices in the supermarkets may appear attractive in the short-term, but there will be a longer-term detrimental cost,” he adds.

“That is why this helter-skelter blinkered drive by prime minister Boris Johnson for a no-deal Brexit on 31 October is so harmful for public health and the UK food processing sector,” he notes.

“We will strongly campaign against this race to the bottom of the food sector, where thousands of people are employed on low pay – the economic future and livelihoods of many communities are at stake because of Johnson’s cavalier and reckless approach to Brexit.”

The union emphasizes that the UK is currently a “world leader” in this sector with high hygiene standards and strong products that have a global market – from British beef and lamb to Scotch whiskey. In this way, chlorinated chicken is the “thin end of the wedge” that could have much wider ramifications for the public and the UK economy.