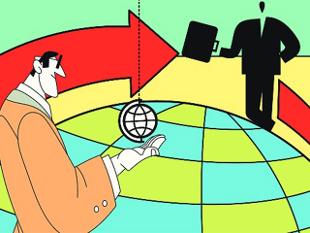 Attached below is the October 15, 2015 version of the investment chapter for the proposed Regional Comprehensive Economic Partnership, known as RCEP. This text is made public for the first time by KEI.

As noted yesterday, when we published the October 15, 2015 version of the intellectual property chapter, the RCEP is a massive proposed trade agreement, some see as a rival or alternative to the TransPacific Partnership (TPP). The RCEP currently involves the ten member states of the Association of Southeast Asian Nations (ASEAN): Brunei, Burma (Myanmar), Cambodia, Indonesia, Laos, Malaysia, the Philippines, Singapore, Thailand, Vietnam, plus six other countries: Australia, China, India, Japan, South Korea and New Zealand.

This draft includes more than 24 thousand words, and is highly bracketed. There are 1,418 instances of "[" in the text. and 1,412 of "]", as well as other instances that describe additional alternatives.

Overall, the investment chapter is designed to give private parties the right to extract costly damages from governments that implement policies that harm profits. The issues are complex and consequential, and the potential scope of the government actions covered are very broad. By negotiating the text in secrecy, only a small number of persons have been able to provide feedback to negotiators, creating risks of both intended and unintended harms to the public.

In the Article on Expropriation and Compensation, among the options in the draft text is to exclude the "issuance of compulsory licences" or "the revocation, limitation, or creation of intellectual property rights," but only "to the extent" that actions are "consistent with" both the RCEP IP Chapter and the WTO TRIPS Agreement. This has the practical effect of giving right holders an opportunity to seek interpretations favorable to right-holders in private arbitration, options not available to consumers or more generally the public.

5. This Article [A, Au, C, J, K, NZ: does] not apply to the issuance of compulsory licences granted in relation to intellectual property rights, [Au, C, J, K, NZ: in accordance with the TRIPS Agreement,] or to the revocation, limitation, or creation of intellectual property rights, to the extent that such issuance, revocation, limitation, or creation is consistent with [A, Au, J, K, NZ: Chapter XX (Intellectual Property Rights)] [A, Au, J: and] [A, Au, C, J, the TRIPS Agreement] [A, Au: 7]

The draft text says that "Expropriation" can be "direct or indirect", the latter vastly expanding the circumstances when something can be called expropriation. The text proposes that a claim for expropriation can occur when a "government action interferes with distinct, reasonable investment-backed expectations."

[I, NZ: Expropriation may be direct or indirect:]

[I, NZ: (b) whether the government [I: measure] [NZ: action] breaches the government’s prior binding written commitment to the investor whether by contract, licence or other legal document; and]

[Au, J, K: FN: 8 For greater certainty, whether an investor’s investment-backed expectations are reasonable [Au: may include consideration of] [J, K: depends] [J: to the extent relevant, on factors such as whether the government provided the investor with binding written assurances and] [K: in part on] [Au, J, K: the nature and extent of governmental regulation] [J: or the potential for government regulation] [Au, J, K: in the relevant sector.] [K: For example, an investor’s expectations that regulations will not change are less likely to be reasonable in a heavily regulated sector than in a less heavily regulated sector.]

[Au, C, J, K, NZ: (iii)/(c) the character [C: and objective] of the government action] [Au, NZ: including its objectives] [Au: and whether the action is disproportionate to the public purpose.] [K: and context. Relevant considerations could include whether the government action imposes a special sacrifice on the particular investor or investment that exceeds what the investor or investment should be expected to endure for the public interest.]

[I: the character of the measure or series of measures, notably their object, context and intent; ]

[I: the duration of the measure or series of measures of a Party; and]

[NZ: 4. In order to constitute indirect expropriation, the state’s deprivation of the investor’s property must be so severe in the light of its purpose that it cannot be reasonably viewed as having been adopted and applied in good faith.]

[Au, C, K: Except in rare circumstances,] [K: such as, for example, when an action or a series of actions is extremely severe or disproportionate in light of its purpose or effect,] [Au, C, I, J, K, NZ: Non-discriminatory regulatory [Au, C, J, K, NZ: actions by a Party] [I: measures by a Party or measures or awards by judicial bodies of a Party that are designed and applied] [Au, C, J, K: to protect legitimate public] [Au, C, J, K: welfare objectives, such as] [I: interest or public welfare objectives, such as] [C: public moral] [Au, C, I, J, K: public health, safety, and the environment,] [K: and real estate price stabilization (through, for example, measures to improve the housing conditions for low-income households),] [C, J, K: do] [Au: does] [I: shall] not constitute [Au, C, J, K, NZ: indirect] expropriation/s. [Au, K: 9] [I: under this Article.] [NZ: of the type referred to in paragraph 2(b).] [J: , except in rare circumstances.]

[Au, K: FN: 9For greater certainty, the list of “legitimate public welfare national treatments” in subparagraph (b) is not exhaustive.]

Taxation has some protection in the chapter on investment, but it can be considered expropriation, depending upon the details.

[J, K: 2. The tribunal shall conduct hearings open to the public and shall determine, in consultation with the disputing parties, the appropriate logistical arrangements. However, any disputing party that intends to use information [J: that is] designated as protected information [J: or otherwise subject to paragraph 3] in a hearing shall so advise the tribunal. The tribunal shall make appropriate arrangements to protect such information from disclosure] [J: which may include closing the hearing for the duration of any discussion of such information.]

[J, K: 3. Nothing in this Section, [J: including paragraph 4(d),] requires a respondent to [J: make available to the public or otherwise] disclose [J: during or after the arbitral proceedings, including the hearing,] protected information or to furnish or allow access to information that it may withhold in accordance with Article XX (Essential Security [J: Article] of the Exception Chapter) or Article XX (Disclosure of Information [J: Article] of the Exception Chapter).]

[J, K: 4. Any protected information that is submitted to the tribunal shall be protected from disclosure in accordance with the following procedures:]

[C, J, K: (b) Any disputing party claiming that certain information constitutes protected information shall clearly designate the information [C, K: at the time it is submitted to] [J: according to any schedule set by] the tribunal;]

(c) [C, J, K: A disputing party shall [C: within 7 days after] [K: at the time] [C, K: it submits a document containing information claimed to be protected information,] [J: according to any schedule set by the tribunal,] submit a redacted version of the document that does not contain the information. Only the redacted version [C: may] [J, K: shall] be [C, K: provided to the] [J: disclosed] [C: Parties] [K: non-disputing Party] [C, K: and made public] in accordance with paragraph[s] 1] [C: and 2].

[J, K: 5. Nothing in this Section requires a respondent to withhold from the public information required to be disclosed by its laws.]

In closing, it bears repeating that the ISDS mechanisms are controversial, and are expected to negatively impact regulatory standards, punish governments that limit intellectual property rights, and more generally give investors the unique standing and ability to avoid and erode the democratic institutions created to make laws and resolve disputes.