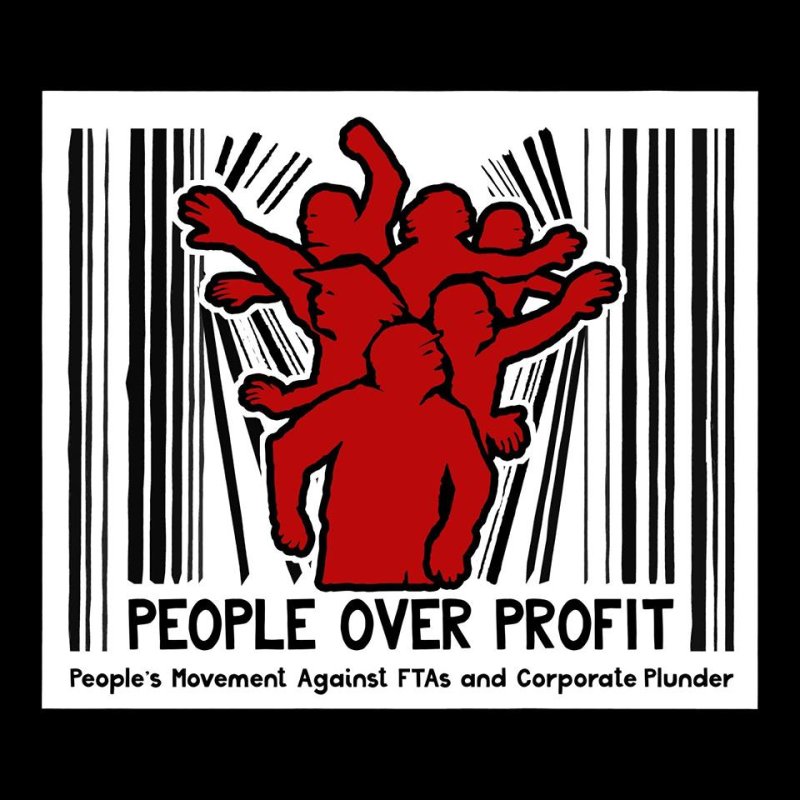 From May 2-12, the Philippines hosted the 18th round of negotiations of the Regional Comprehensive Economic Partnership (RCEP), a TPP-like trade agreement covering ten members of the Association of Southeast Asian Nations (ASEAN) and six partner countries – China, India, Japan, Australia, New Zealand and South Korea. Access to the negotiators was extremely limited, with the negotiations themselves taking place behind closed doors. The non-availability of an agenda or confirmation of meetings and limited access to negotiators were amongst the factors constraining civil society organisations’ (CSOs) engagement.

For example, EFF organised a dinner presentation on May 9 for IP negotiators, with panelists from Public Citizen, Sinar Project, La Trobe University and Third World Network. Although the event drew a handful of negotiators from four of the partner countries along with an ASEAN representative, it transpired that it had been scheduled at the same time as a private RCEP event of which we hadn’t been informed. Given the high interest in the RCEP and its impact on rights of citizens across Asia, it is pitiful that groups like EFF are forced to bear the costs of reaching out to negotiators, and that negotiators show such little inclination to engage with us when we do.

Unfortunately, this is a familiar story for the hardy few civil society activists who have been covering this neglected trade deal. Few of the negotiating states have convened national consultations, held public hearings, or initiated an on-the-record public notice and comment process. There has also been no official release of the chapters and textual proposals related to rules that are being tabled. Given that the negotiations are closed to the public, we do not know what text is currently being deliberated on by the negotiators and/or the consensus on provisions among states.

Secrecy in negotiations and lack of information is a common feature in free trade agreement negotiations. In the past, CSOs have had to resort to guerilla tactics to intervene and defeat similar agreements such as the Trans-Pacific Partnership (TPP) and the the Transatlantic Trade and Investment Partnership (TTIP). Yet, just as with those better-known trade-deals, the potential significance of RCEP is immense, and so too are the dangers it could pose to Internet users if the negotiators fail to take their interests into account.

Similar to the TPP, RCEP includes provisions dealing with intellectual property (IP), e-commerce, investment, goods, services, telecommunications, and competition. The 16 Asian countries negotiating RCEP cover 12% of the world trade and represent nearly half of the global population. If ratified, the RCEP will not only be the first trade agreement for the digital economy will also set the rules for trade across Asia over the next decade. While not all institutional consequences of the partnership can be fully known in advance, much will depend on how the negotiation develops.

RCEP’s e-commerce provisions will likely deal with cross-border information flows, data localization, legal immunity of intermediaries and requirements concerning disclosure of source code that have not been tested elsewhere. We have also raised concerns that the provisions included under the leaked IP chapter notably on enforcement in a digital environment and failure to include fair-use exception may end up expanding the the digital divide. RCEP attempts to enshrine stringent obligations for the protection of broadcasters that remain controversial and are currently still under negotiation at WIPO. None of these problems would have come to light if earlier drafts of the agreement had not been leaked.

There has been a recent push to raise awareness of the RCEP with CSOs conducting strategy meetings and organizing weeks before the negotiations kicked off in Manila. Many CSOs also organised activities parallel to the negotiations clubbed under the #NoRCEP week of action. On May 10, members of the People Over Profit network staged a protest action, inside the convention centre where the negotiators were meeting with stakeholders, demanding a stop to the negotiations. RCEP will impact developers and startups, small and medium enterprises that create goods and services for an increasingly global market. The right trade policy environment, one that accounts for diverse national contexts and encourages innovation is critical for the growth and development of the region.

The next round of negotiations set to happen in Hyderabad, India in July this year. Hoping to address the lack of representation of views included in the process and reflect on some of the concerns raised, EFF will facilitate engagement between negotiators and affected stakeholders at a public meeting in Hyderabad. In the meantime, we maintain our call for ASEAN and the RCEP member states, many of which have complained about their lack of representation in US led trade agreements, to improve on the broken process that resulted in the failure of the TPP, and create avenues for meaningful consultation and participation from stakeholders.