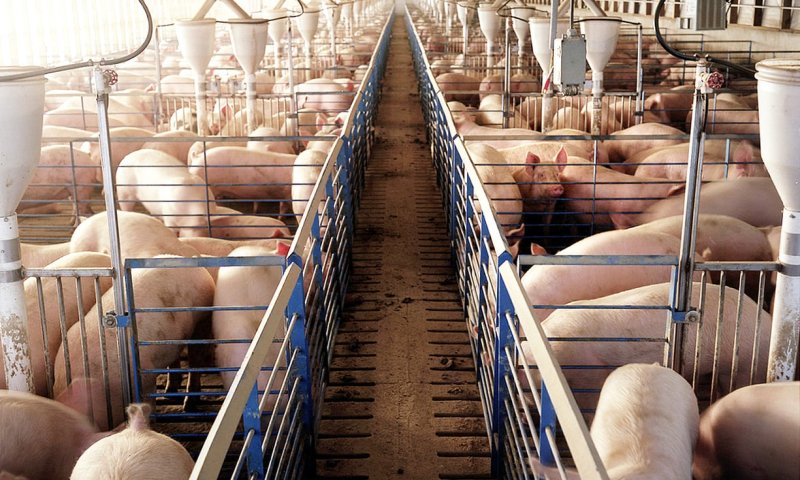 Red tape in the meat industry? It’s the difference between life and death

It should come as no surprise that the global meat industry is a major source of disease and crime. We are talking about a substance of animal origin, inherently alive with risky micro-organisms, necessitating expensive traceability and investment to make it safe, and worth hundreds of billions of dollars in global trade.

But in the UK, regulation is increasingly underfunded. Meat inspection services have been slashed over the past decade in favour of greater industry self-regulation, favouring private assurance schemes and meat companies being given fewer inspection if they can show general compliance. This might sound sensible until you look back over recent history and realise that it has been some highly reputable companies that have been the source of bad meat news, and that it was a spot-check random inspection that uncovered the Russell Hume case. Without robust regulation and independent checks, food scandals are too often the result. And the picture is the same all over the world, as the global demand for meat increases rapidly as wealth increases, government seeks to reduce ‘red tape’ and more people adopt western, meat-heavy diets.

In this type of system – a competitive international market with as little regulation as companies can persuade governments to impose – there is cut-throat pressure to reduce costs in farming, transportation, slaughter, butchering and processing. A similar pattern emerges everywhere. Industrial-scale meat production is reliant on cheap inputs – grain and soya from recently deforested tropical areas; and cheap labour – often immigrant labour with little ability to organise for better pay and working conditions.

The downward pressure on prices, and the increasing power and concentration of the handful of buyers who control our meat supplies, also leaves little profitability for farmers and processors to improve their practices, even when we need or require them to do so.

The industry’s answer, so far, has been to intensify production, dressed up as efficiency. In reality, “efficiencies” in meat production can lead to poor animal and human welfare and overuse of critically important antibiotics to enable “stack ‘em high” animal production. Globally, three-quarters of antibiotics are now used in animal farming, threatening to destroy their efficacy in human medicine – a frightening prospect.

Such characteristics of this industry, and meat itself, demand vigilance from our governments, meat hygiene inspectors and border controls. A second’s thought reveals the sheer idiocy of the war on so-called “red tape” that politicians increasingly like to boast about. Let’s not make any bones about it, cutting red tape in the meat industry can mean the difference between life and death.

When US president, Donald Trump, cut a mountain of regulations in December 2017, the American public must have prayed that E coli, salmonella, campylobacter and farm antibiotics standards are not among them. In the UK, we should send up the same prayer for our own wellbeing - or better, defend standards. If UK trade secretary, Liam Fox, and US trade secretary, Wilbur Ross, have their way, American meat – with all of its questionable standards – could be routinely on our menus very soon.

I often hear people say: “Well, I won’t buy it”. But if regulations are chopped away and if the results end up in our school dinners and hospital meals, there will be little likelihood of any of us knowing what our children or elderly relations are eating. In catering, there is little requirement for labelling, and mass catering is one of the most likely places such meat would end up.

It can take decades for endemic problems such as salmonella to be addressed at all stages of the supply chain, to ensure that our food is fit to eat, through systemic change rather than end-of-pipe chlorine washing. It requires legislation, patient investment and vigilant and well-resourced public authorities, public analyst laboratory testing, audits and independent inspection. These are the very same services that have been savagely slashed by the UK government over the past decade or so. There is no evidence of any assessment by our Brexit department of the capacity needed to keep our food safe under trade deals.

We have some big choices ahead of us. Will we choose manageable meat supply chains, low farm antibiotic use and whole supply chain safety standards, properly tested and inspected? Or will we be forced to accept deregulated meat from all over the world – reared, slaughtered and processed in ways that suit the lowest common denominator?

I would like to be able to say the choice is ours. Several MPs I have talked to over recent months recognise the food safety concerns associated with unfettered trade deals, but seem content to say that they would be able to control this through the democratic process. The environment secretary, Michael Gove, repeated this confident opinion at the National Farmers Union conference this week. Yet in all likelihood, trade deals will be negotiated behind closed doors that might as well display the sign: “British public, MPs and food safety specialists: keep out.” A vote may be given right at the end of the process, but too late for the technical scrutiny and scientific rigour that food safety requires.

It’s no good complacently saying “I won’t buy it.” We must demand proper scrutiny of food standards and trade deals, to ensure we can trust the food on our plate.

Kath Dalmeny is Chief Executive of Sustain, the alliance for better food and farming.