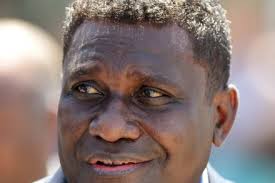 Papua New Guinea’s trade Minister, Richard Maru, recently set a cat amongst the pigeons by saying that PNG was not interested in the regional trade negotiations known as PACER-Plus.

Papua New Guinea’s trade Minister, Richard Maru, recently set a cat amongst the pigeons by saying that PNG was not interested in the regional trade negotiations known as PACER-Plus. Specifically, Minister Maru commented that “our feelings at the moment is that PACER Plus would be one sided in favour of Australia and New Zealand...We are frustrated with them.

“We can’t export our taro there, they won’t accept our greens...There’s nothing to be gained from a trade agreement at the moment. ‘We cannot justify the huge amount of resources we expend on such negotiations. They are a complete waste of time.” You can just imagine the immediate typing on keyboards in Canberra. That the comments came from a minister may be surprising to some but the sentiment is nothing new in the region. Solomon Islands Prime Minister Gordon Darcy Lilo has said that if there was a need for every Melanesian country to reject free trade in favour of fair trade, then they must all act together. The recent comments made by Pacific MPs who had attended the Pacific Parliamentary and Political Leaders Forum in Auckland say it all. Attendees from Vanuatu, PNG, and Samoa all criticised the global economic model saying that it was unfair to the Pacific. In the context of the promised benefits that come from free trade, Governor Gary Juffa from PNG summed it best: “The people of the Pacific live on their own land—they are self-sustaining already. If you impose free trade, you are going to take away the opportunities they have to be truly economically independent.”

These come as negotiations on PACER-Plus stumble; the recent intersessional negotiations have been seen as anything but productive. As was reported, one official commented that “[t]he positions adopted by Australia and New Zealand in the negotiations did not match their public pronouncements that they viewed PACER Plus as a trade and development assistance agreement. “Australia and New Zealand assured that they would be providing assistance to FICs to implement their PACER Plus obligations, but they were not as forthcoming on the broader assistance that would ensure that we, the FICs, are able to take advantage of the entire agreement to increase our trade with Australia and New Zealand and the outside world.” Whilst the official still sees some potential in PACER-Plus being a transformational agreement, the recent positions taken by Australia in particular, seem to be stoking the fires of discontent in the region.

On a similar note, there’s the negotiations between Pacific ACP countries and the European Union on the Economic Partnership Agreements (EPAs). Having been effectively told last October that the EU wasn’t prepared for negotiations when they met, they were then rebuffed by the EU in May about their push to conclude, their position on labour mobility and their demands around fisheries. With the region seemingly sticking firm on their demand that EU access to their fisheries isn’t the price for market access for fresh fish exports, it seems that all of a sudden the EU has lost its appetite for the region and the development aspirations that were supposed to be part of the EPAs. And let’s not even get started on the complete loss of faith the Pacific has in the Pacific Islands Forum Secretariat and its handling of all trade matters, largely seen as being in the interests of Australia and New Zealand.

Where does this leave the region? Minister Maru believes that for PNG, focusing on the MSG Trade Agreement is the best option, starting small and seeing where that goes. Whilst the MSG agreement may offer some differences to the standard free trade agreement, it must be viewed more as a starting point than an end. The unique nature of the Pacific demands that the region’s leaders look beyond the standard free trade narrative, a narrative that defies the reality of the region. Following the development path sold by Australia, New Zealand, the EU and other big players will not result in an economic future that places Pacific peoples and their environment at its centre. Instead, the islands should look to the lead provided by others.

The ALBA alliance in South America is a good example of different visions for regional cooperation. Instead of pitting the countries against each other like PACER-Plus would, ALBA looks at ways that countries can help each other in the spirit of solidarity with guaranteed benefits for all those who participate. ALBA also looks to strengthen inter-regional investment and trade going as far as prioritising it. This is a far cry from what is currently on the table. PACER-Plus is framed as a development agreement purely on the grounds that Australia and New Zealand have chipped in a few bucks to help the Pacific participate in the negotiations as well as the proposed implementation assistance—that is money to ensure the Pacific abides by the agreement and keeps its markets opened to Australian and New Zealand exports. PNG is right to want to walk away from PACER-Plus, especially now that trade in services and investment are likely to be introduced to the negotiations at the next ministerial meeting. The stakes are only getting higher for the region with the benefits continually being downgraded.

The MSG trade agreement is an opportunity to begin to see regional integration in a more Pacific focussed way. It has to ensure that it avoids the framing that standard free trade agreements set for it and instead start from the position of how to maintain control over Pacific economic futures.

*Adam Wolfenden is the Campaigner and Maureen Penjueli Coordinator of the Pacific Network on Globalisation (PANG), a Pacific based NGO that focusses on trade justice.