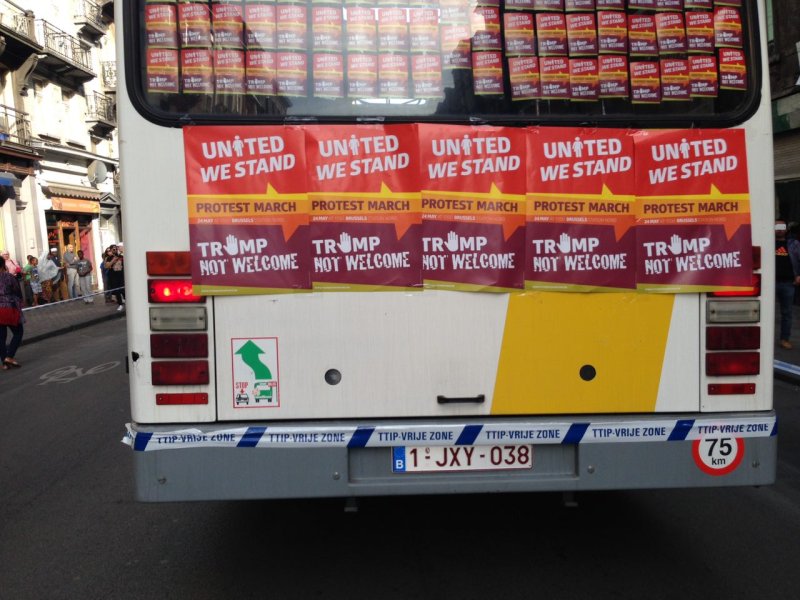 Ross: US still open to TTIP

The Transatlantic Trade and Investment Partnership (TTIP)—a proposed agreement between the United States and the European Union—hasn’t made many headlines lately and some speculated that it would suffer the same fate as the Trans-Pacific Partnership (TPP), from which President Donald Trump withdrew in the early days of his presidency.

But US Secretary of Commerce Wilbur Ross set the record straight before an audience at the Atlantic Council in Washington last week.

“When we withdrew from TPP we deliberately did not withdraw from TTIP,” he said, “precisely to send the message that we are open for discussion.” This appears to have been the first statement by the Trump administration on its posture with regard to the TTIP.

In order to conclude an agreement, the two sides will have to overcome several obstacles. The TTIP was supposed to be concluded last year after 36 months of talks that started in July 2013. Sticking points included anti-corruption provisions, economic subsidies, public procurement market, and Washington’s dissatisfactions about Brussels’ offers on services.

Then, there is the matter of Brexit, which came along while TTIP was being negotiated. It’s possible that TTIP can’t move forward until the terms of the United Kingdom’s commercial relationship with the EU are clear—and those talks are far from over. President Trump has expressed enthusiasm for a bilateral agreement with the UK and may want to prioritize those talks over a deal with the EU, which he may regard as multilateral, an arrangement he doesn’t care for.

On the issue of bilateralism versus multilateralism, Trump seemed to be pushing for a bilateral US trade deal with Germany at a White House meeting earlier this year with German Chancellor Angela Merkel, but Merkel set Trump straight on the issue when she said, “The European Union…negotiates on behalf of the member states…Indeed, this would be then qualify as a bilateral agreement between the EU and the United States if we had it.”

The administration appears to have learned that lesson, as Ross told the assemblage at the Atlantic Council that TTIP would be “bilateral because the EU negotiates on behalf of all the countries.”

Ross foresees the disparity in existing tariffs as another hurdle to overcome in negotiations with the EU. In the case of autos, for example, the US imposes a 2.5 percent tariff on imported vehicles while Europe has a 10-percent levy. “It’s a tough sell,” said Ross, to get a market with high tariffs to eliminate them in exchange for the reduction of an already low tariff, especially when the negotiating counterparty is a large entity like the EU. “It would be different for a small country,” he said, “where market access alone could be important.”

On the brighter side, the US and EU have been cooperating on the Privacy Shield, a framework that protects the rights of EU citizens whose data is transferred to the US, an important issue to the TTIP in the context of electronic commerce. Under the arrangement, the Department of Commerce conducts regular reviews of participating companies, to ensure that companies follow the rules, which are enforceable under US law.

The European Commission recently published a report of its first annual review of Privacy Shield, and, as Ross put it, the EU “expressed pretty good contentment.” “We hope that this can be rolled into trade agreements with others,” Ross added. Right now the arrangement applies on to the US, EU, and Switzerland.

According to Ross, TTIP “is at most 60-percent completed,” providing a clue on why the Trump administration may be willing to proceed with those negotiations. TTP was a done deal, but with TTIP, the current administration has the opportunity to put its mark on the final agreement.