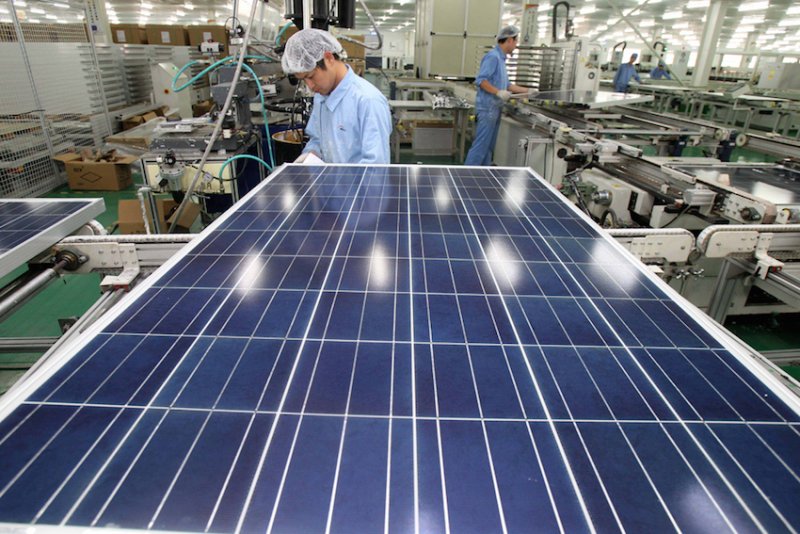 Yoo Myung-hee, the deputy minister for FTA negotiations at the Ministry of Trade, Industry and Energy, held the meeting with Assistant U.S. Trade Representative Michael Beeman, in Seoul to rewrite terms for the five-year-old deal.

"We raised (the safeguard issue) today and will mention it again tomorrow," Yoo told reporters after talks that lasted nearly eight hours. He did not elaborate on the details, citing the ongoing negotiations. The talks will continue through Thursday.

Assistant U.S. Trade Representative Michael Beeman, who is leading the U.S. side during the talks, didn’t answer questions from reporters.

The Seoul government is seeking consultations with Washington over the heavy duties, which are set to take effect Feb. 7.

Unless the matter is settled through the bilateral consultations, South Korea’s trade ministry said it will file a suit with the World Trade Organization (WTO) and seek compensation for damages suffered by Korean companies.

Seoul officials expected safeguard issues could complicate the talks, as the latest import restrictions are part of Trump’s broad agenda of trade protectionism.

"It is not an easy negotiation. Intense negotiations are expected tomorrow," South Korean Trade Minister Kim Hyun-chong told reporters following the meeting. "It is premature to predict the result of the negotiation. A long road lies ahead."

Kim earlier expected growing pressure from the U.S. in the upcoming negotiations, as the Trump administration wants a quick fix for the KORUS FTA amid frustration over the slow pace of talks to revamp the North America Free Trade Agreement with Canada and Mexico.

Kim, who served at the WTO’s appellate body, said Seoul will seek to revise the investor-state dispute settlement (ISDS) clause and explore ways to protect the agriculture industry, which has suffered since the implementation of the FTA.

Seoul officials also anticipate increased pressure on the auto industry, which accounts for about 80 percent of the trade surplus with the U.S.

Industry officials said the percentage of U.S. auto parts used by South Korean carmakers could become an important issue. This is also a thorny issue for the U.S. in ongoing NAFTA talks.

While the five-year-old trade deal has boosted auto trade between the two nations, South Korean companies have enjoyed greater benefits thanks to the bigger size of the U.S. auto market, which is about 10 times that of the domestic market.

"From now on, we expect trading relationships to be fair and to be reciprocal," Trump said in a State of Union speech earlier in the day. "We will work to fix bad trade deals and negotiate new ones."