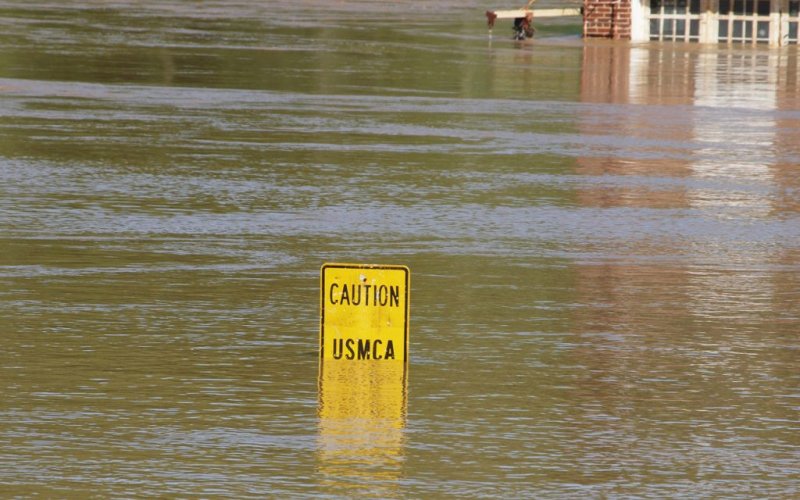 The Senate passed a new North American trade deal Thursday, sending one of President Donald Trump’s top priorities to his desk for ratification.

The GOP-held chamber approved the United States-Mexico-Canada Agreement in an overwhelming 89-10 vote. After Trump signs the three-nation pact, it needs only Canada’s approval to take effect.

The Senate rushed to pass the agreement before the expected start of the president’s impeachment trial next week. The House delivered articles of impeachment to the upper chamber on Wednesday, and the Senate could take weeks to decide whether to convict Trump and remove him from office.

USMCA will head to the president more than 14 months after the North American nations agreed to the deal. The Trump administration worked with Democrats to resolve concerns about enforcement of labor and environmental standards — changes that led most but not all of the party’s lawmakers to support the agreement.

The Senate’s passage of USMCA came a day after Trump signed a partial trade deal with China. The agreement with Beijing does not require congressional approval.

USMCA makes several tweaks to the North American Free Trade Agreement, which took effect in 1994. Trump and Democrats alike argued that the earlier deal, which opened more free trade across the three countries, damaged American workers by encouraging companies to move jobs out of the U.S.

USMCA gives American producers better access to Canadian dairy markets. It creates stricter rules for auto part rules of origin, and requires at least 40% of the parts for a car to be produced in plants where workers make at least $16 an hour.

Other changes include updating digital trade and copyright rules.

The tweaks to labor enforcement mechanisms got House Speaker Nancy Pelosi and the massive union federation AFL-CIO on board. Trade skeptics in the Senate such as Sherrod Brown, D-Ohio, backed USMCA. Brown voted against NAFTA as a House member.

However, several major unions and environmental groups still oppose the agreement. Sen. Bernie Sanders, a Vermont independent and one of the leading 2020 Democratic presidential candidates, voted against the agreement because he said it did not do enough to address climate change and protect jobs.

“In my view, we need to re-write this trade agreement to stop the outsourcing of American jobs, to combat climate change, to protect the environment, and stop the destructive race to the bottom,” he said in a statement Wednesday.

Senate Minority Leader Chuck Schumer, D-N.Y., also opposed USMCA on climate grounds. In a statement Thursday, he said that “on the greatest issue facing our planet, addressing the climate crisis, the USMCA falls far too short.”

Sanders’ stance separates him from the rest of the senators running for the Democratic presidential nomination. Sens. Elizabeth Warren, D-Mass., Amy Klobuchar, D-Minn., and Michael Bennet, D-Colo., all voted to pass USMCA on Thursday.

In Tuesday’s Democratic presidential debate, Warren said the deal will “give some relief” to farmers in Iowa and around the country hurt by Trump’s trade war with China.

Sen. Pat Toomey, R-Pa., was the only GOP senator to vote against the agreement. He previously said the changes made to appease Democrats could stifle free trade.

USMCA is expected to boost economic growth and job creation, though only modestly. The U.S. International Trade Commission estimates it will increase GDP by 0.35% and create 176,000 jobs.