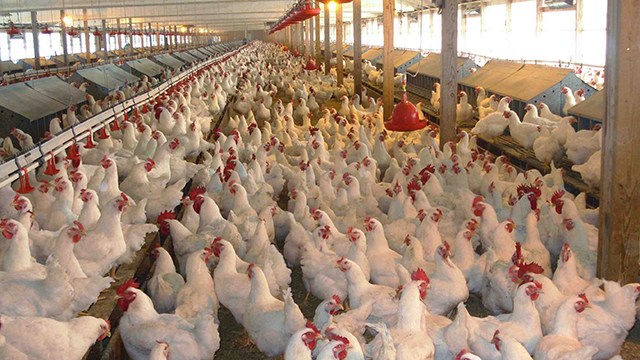 The EU poultry meat sector was sacrificed in order to convince Brazil to seal the Mercosur trade agreement. But the impact on the sector in Europe is expected to be very heavy, the association of poultry processors told EURACTIV.com.

“Poultry meat export is very important for Brazil and, therefore, the last-minute offer of an extra 90,000 tonnes (in total 180,000 tonnes) might have persuaded, especially the Brazilians, to get the deal done,” Birthe Steenberg, secretary-general of the association of EU poultry processors and trade.

The EU and Mercosur (Argentina, Brazil Paraguay and Uruguay) reached a political agreement for a trade agreement on 28 June.

The deal came after two decades of often tough negotiations, which had repeatedly stalled because of European farmers’ sensitivities.

The deal, which now has to go through the EU Council, the European Parliament and national parliaments, has triggered a number of reactions, especially from the EU agriculture sector.

In an interview with EURACTIV last July, Pekka Pesonen, the EU farmers’ union chief, described the deal as “devastating”.

“First of all, this is a political agreement. It still needs some fine-tuning but it’s fair to say that its impact will be devastating on the European farming family model […] the net balance of this agreement is hugely negative. It’s several billion euros in the negative, in the red,” Pesonen said.

In addition to that, Steenberg said that an additional 50,000 chickens quota is expected to be granted to Ukraine due to a loophole in the Free Trade Agreement with Kyiv.

The poultry association said in a statement “the EU market can easily end up flooded with Ukrainian poultry meat”, while Steenberg warned that “we are already importing far more poultry meat than the other meat species”.

A source said EU Agriculture Commissioner Phil Hogan played a role in “protecting” EU beef and particularly Irish farmers who fear the EU market will be flooded with cheap meat from Latin America.

Hogan himself said that “the concession of a beef quota to the Mercosur countries is of understandable concern to Irish beef farmers. The Commission appreciates the sensitivity of the beef sector in Europe and, particularly in Ireland, which exports 90% of what it produces”.

He added that there are also “safeguarding mechanisms” to mitigate the impact on EU beef.