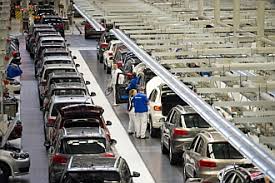 The two nations made little progress in the past round of talks, which mainly focused on the auto sector.

South Korea, US to hold third round of FTA talks this week

Seoul: South Korea and the United States will hold the third round of talks on amending the free trade agreement (FTA) between the two nations in Washington this week, Seoul’s trade ministry said on Wednesday.

Yoo Myung-hee, a deputy minister for FTA negotiations at the Ministry of Trade, Industry and Energy, will lead the Korean side in the talks with her US counterpart, Assistant Trade Representative Michael Beeman, in Washington DC on Thursday (local time).

The meeting comes while South Korean Trade Minister Kim Hyun-chong is meeting with American policymakers and officials in Washington, DC to make a last-ditch effort to get Seoul exempted from proposed steel tariffs by the US.

Last week, US President Donald Trump signed off on a plan to impose 25 percent tariffs on steel imports, giving temporary exemptions for Canada and Mexico while the U.S. and its neighbors renegotiate the North American Free Trade Agreement (NAFTA)

Seoul has repeatedly asked the Trump administration to exempt it from the steep tariffs, citing close economic and security ties, but it was not included in the initial list of exemptions. The duties will go into effect in 15 days.

As Trump uses the tariffs as leverage to draw a better NAFTA deal, South Korea is facing pressure to accept US demands when the two sides sit at the negotiating table to revamp the six-year-old deal.

The two nations made little progress in the past round of talks, which mainly focused on the auto sector. Trump has denounced the pact as a "very bad deal" that cost American jobs and increased trade deficits in the manufacturing sector, though the US has benefited in the areas of agriculture and services.

South Korea’s trade ministry earlier said it will closely consult with its US counterpart in the coming weeks to secure an exemption or exclude some products from the high duties.