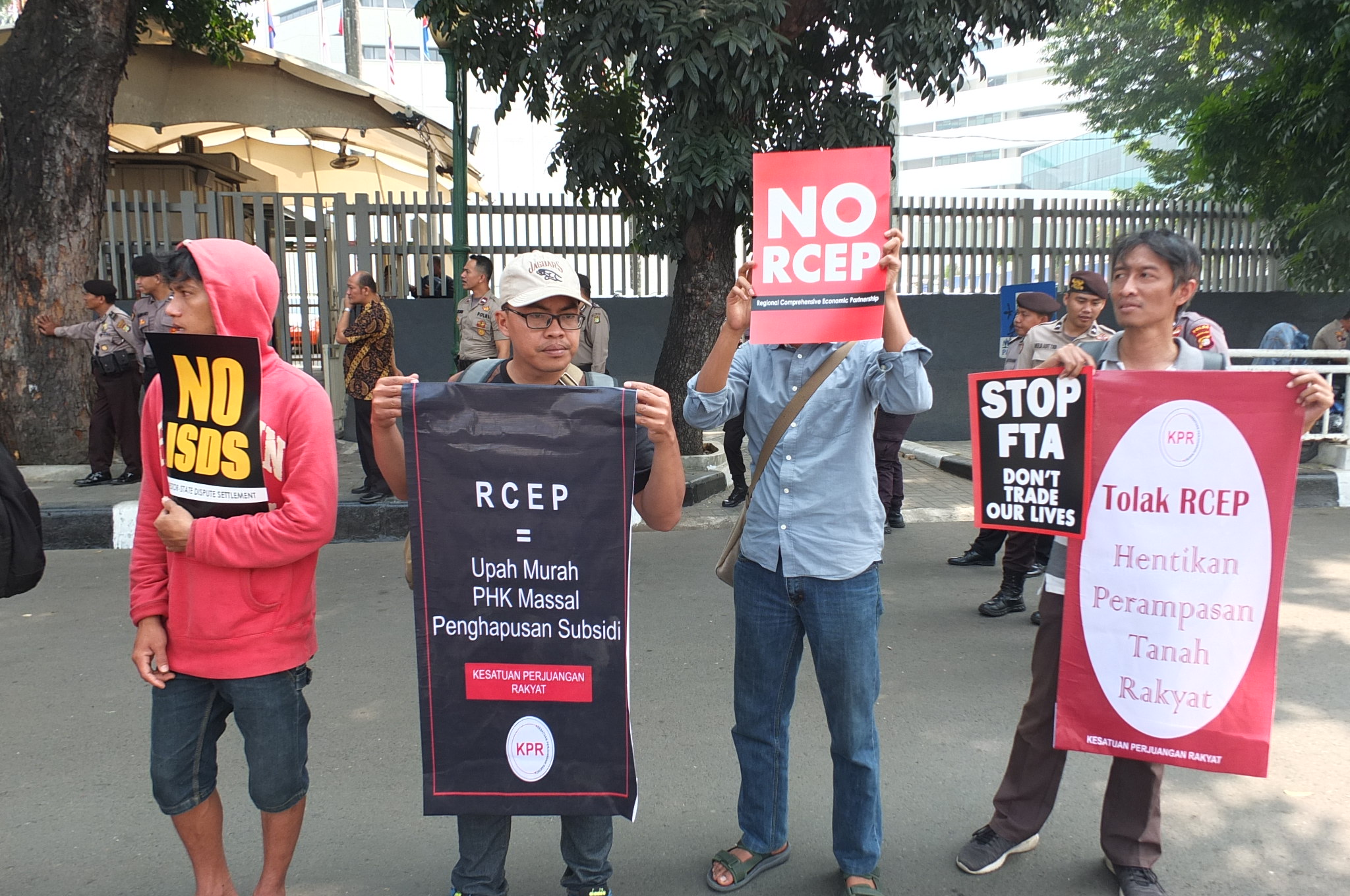 The Regional Comprehensive Economic Partnership has been touted as the best hope for keeping world trade flowing after the attacks on the World Trade Organisation.

The WTO isn’t dead yet, but in a two-pronged attack, US President Donald Trump has been flouting the spirit if not the letter of its rules by on one hand imposing tariffs on China and other countries, and on the other blocking appointments to its appellate body. The latter means that after December the appellate body will no longer have enough members to hear new cases.

Although nothing like a proper replacement for the WTO (it would have 16 member nations instead of the WTO’s 164) the Regional Comprehensive Economic Partnership (RCEP) is being talked about as a backstop. The 16 RCEP members account for almost half the world’s population; among them China, India, Japan, Indonesia, Malaysia, Vietnam, Australia, and New Zealand.

The RCEP negotiations have dragged on since 2012, in part because of what had been seen as a near intractable sticking point: so-called investor-state dispute settlement (ISDS) procedures.

ISDS was one of worst parts of the RCEP The World Trade Organisation doesn’t have ISDS. In the WTO, governments can take action against governments under WTO rules but corporations can’t sue governments.

ISDS provisions, present in many one-on-one or regional trade deals, allow foreign corporations (but not local corporations) to take on governments.

When the Philip Morris tobacco company lost its case against the Australian government over plain packaging laws in Australia’s High Court, it was able to have a second go in an international tribunal using the ISDS provisions of an Australia-Hong Kong investment treaty. This right would not have been available to an Australian company.

Although Australia successfully had the case thrown out, it took it seven years and cost A$24 million. Australia recovered only A$12 million from Philip Morris.

ISDS provisions were developed in the post-colonial period after World War II to compensate international investors for the direct expropriation or taking of property by governments. But over the past 20 years they expanded to include “indirect” expropriation, “minimum standard of treatment” and “legitimate expectations”, which do not involve taking of physical property and do not exist in many national legal systems.

Because the cases are very costly, they are mostly used by large global companies that already have enormous market power, including tobacco, pharmaceutical, agribusiness, mining and energy companies.

There are now 942 known ISDS cases, with increasing numbers against health and environment laws, including laws to address climate change.

The tide is turning against it Legal experts like former High Court Chief Justice Robert French have noted they are conducted by temporary tribunals often presided over by practising advocates who can represent a corporation or government in one case and then sit on a tribunal the next, calling into question their independence. The decisions need not make use of precedents and have no appeals, meaning they need not be consistent.

Both the United States and European Union are moving against ISDS provisions. In January the 28 EU member states decided to terminate ISDS arrangements between themselves.

The EU is not including ISDS in any of its current negotiations, including those for a EU-Australia free trade agreement.

In the longer term, Europe is pursuing a controversial proposal for a permanent Multilateral Investment Court, which would once again allow foreign investors to sue sovereign governments but would address procedural concerns about temporary tribunals. It hasn’t yet gained support from the US, Japan, Australia or other key players, so is not likely to be implemented soon.

The US and Canada have excluded ISDS from their part of the new North America Free Trade Agreement, known as the United States-Mexico-Canada Agreement.

Two institutions that oversee ISDS cases, the United Nations Commission on International Trade Law and the World Bank International Centre for Settlement of Investment Disputes, are conducting reviews of the system.

It looks as if the RCEP will be free of it Australia is notoriously tight-lipped about international trade negotiations. But late last week Malaysia’s trade minister Datuk Darell Leiking revealed that Malaysia and each of the other 15 parties to the RCEP negotiations had agreed to exclude ISDS provisions from the deal.

Malaysia, India, Indonesia and New Zealand are all officially opposed to ISDS provisions, but this is the first public sign that all the RCEP countries have agreed to exclude it.

“Once the agreement is in force, which is within two years, the member states will re-look into it and see whether or not we are going to have the ISDS. But it must be an agreement made by all countries,” he is quoted as saying. “For now, there is no ISDS.”

Opposition to ISDS is growing. The Australian government’s apparent agreement to remove ISDS provisions from the RCEP raises questions about why it is continuing to pursue such provisions in the Indonesian and Hong Kong trade deals currently being reviewed by the parliament’s joint standing committee on treaties.

It also raises the question of whether Labor, the Greens and the Centre Alliance, each of which has has policies opposing ISDS, will support the agreements when committee reports on them in mid-October.

But problems remain Defeating ISDS in the RCEP will be a victory for social movements and governments concerned to retain public interest regulation.

But other problematic proposals remain on the RCEP agenda.

These include longer monopolies for medicines that would delay the the availability of cheaper medicines and would have the worst impacts in developing countries.

It remains to be seen whether this and other sticking points can be resolved and the negotiations completed by their current target date of the end of 2019.

Pat Ranald is an honorary research fellow at the University of Sydney and the honorary convener of the Australian Fair Trade and Investment Network.