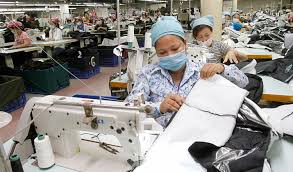 Prime Minister Hun Sen on Monday said Russian Ambassador to Cambodia Dmitry Tsvetkov has pledged to support Cambodia as it moves towards a free trade agreement (FTA) with the federation.

Speaking at a meeting with Tsvetkov, Hun Sen said the countries have maintained good diplomatic relations and lauded Russia’s contribution to the Kingdom’s rapid economic growth.

“Russia will provide assistance to Cambodia and support it as it moves to sign the FTA. Over the past six years [during Tsvetkov’s tenure], Cambodia and Russia have signed 62 documents and 14 agreements.

“We are arranging for the Russian Prime Minister to visit Cambodia, as well as Hun Sen also will visit in Russia,” Hun Sen said, adding that the official visits aim to strengthen cooperation and boost bilateral trade.

Cambodia Rice Federation (CRF) secretary-general Lun Yeng told The Post on Tuesday that an FTA would boost the competitiveness of the Kingdom’s rice exports.

“We have exported rice to the Russian market, but the volume remains small compared to other destination markets. If we could ink this agreement, it could provide additional opportunities for Cambodia to increase its rice exports to Russia,” he said.

Garment Manufacturers Association in Cambodia deputy secretary-general Kaing Monika said FTAs boost trade and all export industries stand to benefit. “We have also exported to Russia, but the amount is still quite limited.”

Bilateral trade between Cambodia and Russia reached more than $55.39 million last year, a 40.44 per cent decrease compared to 2018, worth more than $93.00 million, a Ministry of Commerce report said.

Meanwhile, the Kingdom exported $14.63 billion worth of products to international markets last year, up 12.7 per cent compared to 2018, said a National Bank of Cambodia report.

In December, Minister of Commerce Pan Sorasak said the benefits of the FTA noted in the study include industrial diversification and expansion of financial services, transport, digital economy and agricultural services.

He was speaking at the launch ceremony of a report on the results of its assessment of a potential FTA deal between Cambodia and the EAEU.

The EAEU is an international organisation which represents a bloc of countries in central and northern Asia and Eastern Europe with a combined GDP of $5 trillion.

It is composed of five-member states – Armenia, Belarus, Kazakhstan, Kyrgyzstan and Russia – with a combined population of 183 million people.

Sorasak said : “An FTA will enable the two parties to increase economic cooperation, trade in goods, services and investment.

“We expect to increase trade and investment opportunities and mutual investment. Cambodia can increase its garments and textiles exports, agricultural products and other goods,” he said.