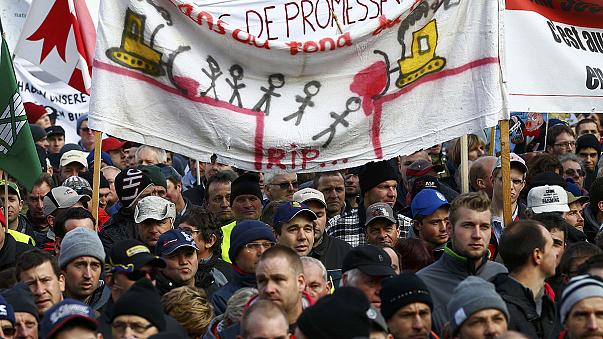 Economics Minister Johann Schneider-Ammann hopes to tie up a free-trade agreement this week on his tour of Brazil, Paraguay, Uruguay and Argentina. While the size of agricultural production in those countries strikes awe in some people, it strikes existential fear in others.

The Swiss delegation visited an agricultural fair in Brazil, where the scale of production became clear. Christof Dietler, director of farming umbrella organisation Agrar-Allianz, was impressed by the 40-metre-wide spraying and sowing machines and the size of the fields.

“It’s another world when it comes to farming,” he said, explaining that he wanted to learn on the trip whether little Switzerland could compete on such an agricultural market. Agrar-Allianz is committed to sustainable farming and has yet to announce in detail its stance on the free-trade plans with the four Mercosur countries. 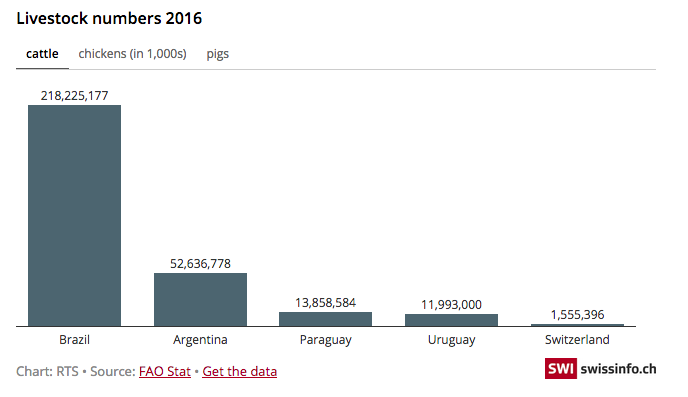 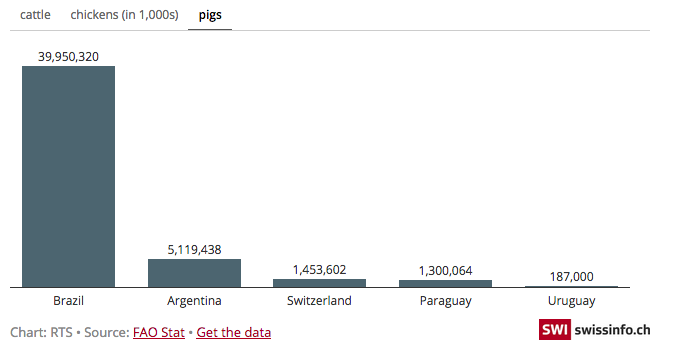 The Swiss Farmers’ Union, on the other hand, has made its position very clear: it is against a free-trade deal. What’s more, it believes the trip to South America makes little sense.

“We’re not demanding domestic protection, but [an agreement] questions the existence of the Swiss farming economy,” Markus Ritter, the union’s president and a member of the House of Representatives, told the Neue Zürcher Zeitung on Thursday. “Without border protection, Swiss farmers simply can’t survive anymore.”

If a free-trade deal is signed, Swiss farmers expect pressure on prices of beef, chicken, oil seeds and sugar owing to more imports from South America.

Origin of beef imported into Switzerland 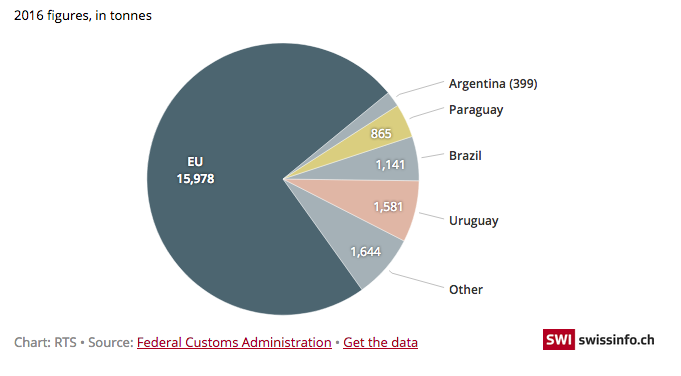 Ritter, who stayed in Switzerland to make a point, is calling for exceptions for meat, vegetables, fruit and other products that are sensitive for Switzerland.

More meat imports in particular are to be expected. The Federal Council reckons the envisaged deal will see 2,000 tonnes more beef enter Switzerland from Brazil, Paraguay, Uruguay and Argentina.

This is a problem for NGO Swissaid. “A deal would not only mean looking forward to cheaper steaks but also to meat that comes from animals raised in cruel conditions and loaded with hormones and antibiotics and to meat that would threaten the existence of small farming families,” it said in a statement on Thursday.

Origin of chicken imported into Switzerland 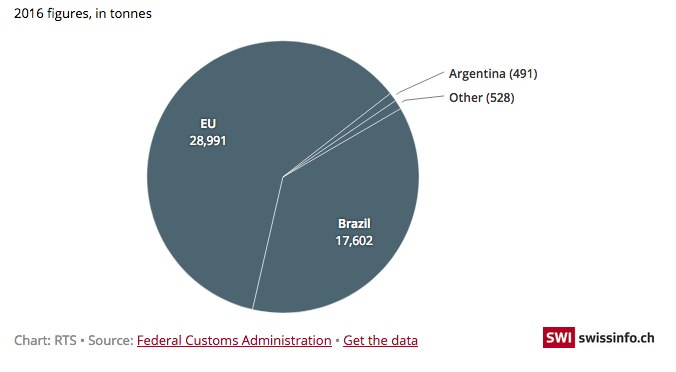