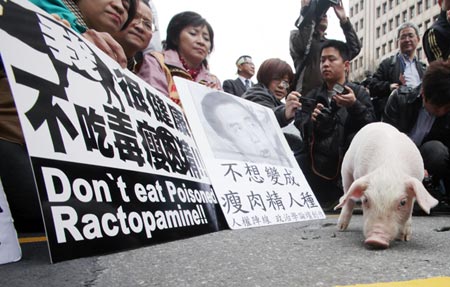 Taipei, Washington to hold latest round of TIFA meetings

Taiwan and the US are next week to hold the latest round of Trade and Investment Framework Agreement (TIFA) talks in Washington, which are expected to cover a wide range of issues to advance bilateral trade.

The talks are to begin on Tuesday and the discussions are to focus on improving trade and investment ties, including intellectual property rights protection, pharmaceuticals, medical devices, investment, agriculture and technical barriers to trade, the American Institute in Taiwan (AIT) said in a statement.

The two sides are also to discuss regional and multilateral cooperation, the Ministry of Economic Affairs said.

Vice Minister of Economic Affairs Wang Mei-hua (王美花) is to lead the Taiwanese delegation, which includes officials from other government agencies, such as the Council of Agriculture and the Ministry of Health and Welfare, the economics ministry said.

The US delegation is to be headed by US Deputy Trade Representative Robert Holleyman and includes officials from the US departments of state, agriculture and commerce, as well as the AIT.

The trade agreement, signed in 1994, is the primary mechanism for dialogue on trade between Taiwan and the US.

The talks provide an opportunity for both sides to discuss how to expand trade and investment links and deepen cooperation.