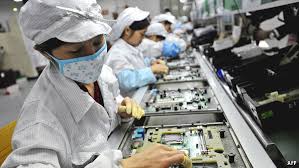 With an eye on carving out a larger share of the Indian tech products and precision tools market, Taiwan is looking to fast-track discussions on a trade deal with India.

“Talks are on and we expect things to move quickly after the bilateral investment promotion agreement was signed last year. We look forward to the prospects of a free trade agreement (FTA),” James C F Huang, chairman of the Taiwan External Trade Development Council (TAITRA), said, on the sidelines of the Taiwan Expo 2019.

New Delhi had hitherto decided against vigorously pursuing investments from Taiwan because it did not want friction with China, which considers Taiwan its own and has refused to recognise the Taipei-based government over the past 70 years. But the situation has changed, and trade talks are expected to move smoothly, a commerce department official said.

“We have few FTAs due to political difficulties. As a result, our products have to be more competitive and of better quality, as they face high import duties in most countries,” Walter M S Yeh, president and chief executive officer of TAITRA, said.

However, the nation is systematically building up trade partnerships, currently with seven FTAs and three preferential trading agreements, one of which is with manufacturing and consumer behemoth China.

While Taiwanese firms specialising in heavy machinery and engineering tools have figured primarily on the list, original equipment manufacturers for electronic devices are also moving in. New Delhi wants these crucial components to be gradually manufactured at home or shipped in from other countries rather than being imported entirely from China.

The largest of these — Foxconn — assembles electronic parts for Apple smartphones at six places and has plans to increase the number of facilities it operates in India and shore up production, the diplomat added.

The country’s bilateral trade with India grew almost 10 per cent in the first 11 months of 2018-19 to $6.64 billion, with $2.45 billion worth of exports to the island nation. While total trade has grown in double-digit figures for the last three years, imports remain twice as hefty.

Taiwan’s Golden Valley region, home to 1,000 precision machinery manufacturers and 10,000 suppliers, has the highest density of any machine tool industry cluster in the world. The industry is varied across 72 categories, with cutting and grinding tools along with those used for planing, shaping, and boring having the majority share of the market.

Also, many other Taiwanese firms manufacturing networking devices, bicycles, car components, and vehicle electronics are returning from China, where labour costs are rising. Subsequently while the Taiwanese government has launched a ‘welcome back’ programme, with incentives such as free rent for the first two years, favourable bank loans, and access to tax consultation, a tighter standards regime has dampened their mood.

Investments on the rise

As a result, a cross-section of the manufacturing sector is looking at India to shift facilities. This mood has been hastened by Taipei City’s desire to enter the Comprehensive and Progressive Agreement for Trans-Pacific Partnership, which includes large economies like Australia, Canada, Japan, and Singapore, among others.

To this end, a proposal to create special economic zones (SEZs) exclusively for Taiwanese firms is also being explored by both governments, Taiwanese officials added. India already has SEZs for Chinese and Japanese companies. “Many mid-size companies are looking to shift factories to India as market demand is expected to keep on growing. We would do the same if we found a local partner,” Berny Sung, business development manager at Sinpro, an equipment manufacturer for the e-vehicles industry, said.

However, existing businesses has a different perspective. “The central government does the job of a facilitator very well but working with state governments remains difficult. Their enthusiasm for new investments in manufacturing does not match their response when on-ground help is required,” chairman of Taiwan India Business Association, Theodore M H Huang, said. Huang has visited India 17 times in the past two years and added that registration still takes an unnecessarily long time, while red tape remains an issue.

While he didn’t mention the states in question, a senior official hinted most Taiwanese firms preferred were manufacturing hubs in Gujarat, Maharashtra, and Karnataka. Foreign direct investment from Taiwan crossed $300 million in December 2018.