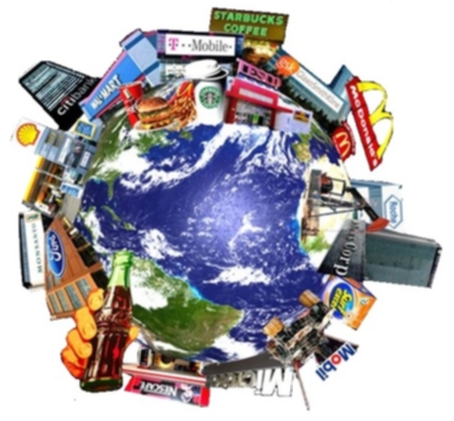 The “Anti-ISDS Bill” before the Australian Senate

Indonesia is not the only Asia-Pacific nation that isreassessing investment treaties containing provisions on Investor-State Dispute Settlement (ISDS, especially arbitration). India announced a review in 2013, partly in the wake of the successful claim from an Australian mining investor, although the impact in practice is hard to discern or predict – especially under the new Modi government. In both countries, the reviews may also have been linked to domestic politics during election years.

More surprisingly, public debate over ISDS has resurfaced in Australia. For the political left, it really began when Philip Morris Asia announced in 2010 that it would claim under a 1992 treaty with Hong Kong if Australia went on to enact tobacco plain packaging legislation – which it did nonetheless. ISDS was also questioned from the economic right, by the Productivity Commission’s 2010 report generally critical of preferential Free Trade Agreements (preferring unilateral or multilateral liberalisation measures). In April 2011, the (Labor) Gillard Government Trade Policy Statement declared that it would no longer agree to ISDS in future treaties, even with developed countries. After the (Liberal) Abbott Government won the general election on 7 September 2013, it quietly reverted to including ISDS on a case-by-case assessment. ISDS was included in Australia’s FTA with Korea (KAFTA, signed on 8 April 2014) but not Japan (8 July 2014).

Remarkably, however, a (minority Greens Party) Senator from Tasmania introduced in on 3 March a private Member’s Bill, The Trade and Foreign Investment (Protecting the Public Interest) Bill 2014, which simply states: “The Commonwealth must not, on or after the commencement of this Act, enter into an agreement (however described) with one or more foreign countries that includes an investor-state dispute settlement provision.” (The Senate referred the Bill to the Committee on 6 March 2014. The reporting date was 11 April 2014, but on 16 June the Senate extended this until 27 August 2014.)

After a slow start followed by an internet campaign, the Bill attracted 141 Submissions and the Foreign Affairs, Defence and Trade Legislation Committee also received “over 11,000 emails from individuals using an online tool asking people to express their opposition” to ISDS. I was invited with eight others to give evidence in public hearings that were held (and recorded) on 6 August, and the Committee is due to report on 27 August. Although the Bill is unlikely to pass the Senate and certain not to pass the lower House of Representatives (where the Abbott Government retains a majority), this debate may also impact on Australia’s ratification of KAFTA, which must first be reviewed by the Joint Parliamentary Standing Committee on Treaties (JSCOT).

Procedurally, the Anti-ISDS Bill is trying to have the Parliament set in advance specific parameters for treaty negotiations conducted by the executive branch of government. Yet s 61 of the Constitution states that treaty-making is the formal responsibility of the executive. This starting point, differing say from the US system, has limited the scope for longstanding calls for greater prior Parliamentary scrutiny of treaty-making. Those date back to at least 1983, resulting in establishment of JSCOT in 1996, but the rejection of the Treaties Ratification Bill 2012.

Substantively, the Anti-ISDS Bill also faces an uphill battle in that no other developed country has decided that all forms of ISDS – in conjunction with substantive protections offered by investment treaties – are so flawed as to justify excluding them altogether. The benefits of ISDS are admittedly more obvious when treaty partners are developing countries or those where domestic courts provide processes and substantive rights for all investors that fall below widely-accepted international standards. The risks are also lower for a developed country agreeing to ISDS with such countries, which are likely to be sources of inbound investment and eventual arbitration claims against the developed country. Yet Australia’s Bill would preclude ISDS even in such situations, including negotiating a plurilateral arrangement in a regional treaty such as the Trans-Pacific Partnership Agreement or (“ASEAN+6”) Regional Comprehensive Partnership Agreement, with an ISDS carve-out between developed countries (as between Australia and New Zealand, in their FTA with ASEAN signed in 2009).

Even between developed countries, it may be worth including some form of ISDS. No domestic legal system is perfect, especially when judged against evolving international standards, as Canadian investors found in the Loewen proceedings brought against the US (ultimately unsuccessfully, in 2004) or US investors are alleging at present against Korea. International arbitrators may be able to resolve disputes with greater expertise and even expedition, compared to domestic court judges with multiple levels of appeals. If treaty partners want additional scope for review, they can agree to an appellate mechanism (even one staffed with permanent appointees, like the WTO Appellate Body for trade disputes). Several treaties now provide for further negotiations to establish such a mechanism, including now KAFTA, although interestingly no states have chosen to actually set one up. ISDS can be brought even closer to domestic court proceedings by first requiring (time-limited) “exhaustion of local remedies” by foreign investors, as suggested recently by the Chief Justice of Australia. Transparency of proceedings can also be enhanced, as under KAFTA which adopts detailed provisions as well as a side agreement on the new UNCITRAL Transparency Rules. The risks of excessive claims or “regulatory chill” for host states, namely not introducing measures for good public health reasons, should be less anyway for developed countries (with generally higher standards of good governance) and can also be managed through drafting general and specific exceptions.

For similar reasons, both the European Commission and US government have proposed the inclusion of appropriate provisions on ISDS and substantive rights in the Trans-Atlantic Trade and Investment Partnership presently under negotiation. The Commission has initiated a public consultation, given concerns by those mostly unfamiliar with the rationales and current operation of the treaty-based international investment law system, but a recent comprehensive Report for the Dutch Government recommends the retention of ISDS even in the TTIP. Admittedly, the net benefits of ISDS are reduced in treaties among developed countries. But a broader advantage of such an approach is that it should also then make it easier to negotiate such protections in treaties with developing countries.

Accordingly, the Anti-ISDS Bill represents an over-reaction. Australia should continue down the path of carefully negotiating and drafting both procedural and substantive rights in future investment treaties, joining with counterparts in other parts of the world (including indeed Indonesia and India), instead of simply opting out of the ISDS system altogether (as in a few South American countries). It would be useful to initiate a public consultation to develop a Model Investment Treaty or standard provisions. Australia should also review its old treaties as they come up for renewal, and even consider approaching treaty partners to renegotiate provisions that do not meet its contemporary standards (albeit for future investments). Unfortunately, that approach may also be precluded by this Bill. Yet the Philip Morris Asia arbitration reveals problems for host states under the old treaty with Hong Kong, while the recent ICSID jurisdictional decision in Planet Mining v Indonesia has serious implications for investors claiming under oddly drafted provisions in many of Australia’s other treaties from the 1990s.

At least in Australia, the Parliamentary process and related media coverage have allowed some reasoned debate and a better understanding of the pros and cons of ISDS in the 21st century. Happily, too, the Australian Research Council agreed last year to fund a major joint research project related to this topic over 2014-6, including a focus on Asia.

Luke Nottage (BCA, LLM (Kyoto), PhD (VUW)) is Professor of Comparative and Transnational Business Law and Associate Dean (International) at the University of Sydney. He has consulted for leading law firms world-wide as well as ASEAN, the European Commission, OECD, UNDP and the Japanese Government

The author thanks the Australian Research Council for its support in undertaking research on investor-state arbitration.