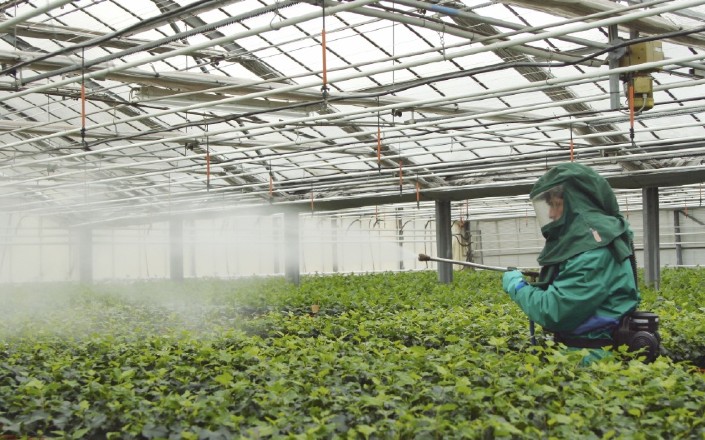 The EU claims that TTIP won’t reduce EU food safety standards – but is this true?

The EU commission has claimed that there will be no lowering of food safety standards in the Transatlantic Trade and Investment Partnership (TTIP) that is currently being negotiated with the United States. However, an examination of the EU’s negotiating position shows that they are already offering changes which could lead to increased amounts of pesticide residues in food in the EU in the future.

This week EU and US delegations will continue their negotiations on TTIP, this time in New York. We have previously expressed our serious concern about TTIP and its potential to weaken the protection of people and wildlife from hazardous chemicals, for example see our submission to the UK Parliament’s Environmental Audit Committee.

“TTIP will fully respect the EU’s existing regulatory standards on pesticides and not lower the food safety standards for pesticides.”

But is this really what is happening?

This is what the EU has actually been proposing in the TTIP process:

1) The EU is proposing international Codex Alimentarius standards as starting point for setting limits for pesticide residue in food, not EU limits. Instead of proposing EU-determined food residue limits as a starting point, article 7.7 of the EU’s draft TTIP chapter on Sanitary and Phytosanitary Measures (SPS), made public in January 2015, refers to the international maximum residue levels (MRLs) of the Codex Alimentarius Commission:

The Parties shall ensure that tolerances and maximum residue levels adopted by the Codex Alimentarius Commission after the entry into force of this Agreement will be applied by each Party without undue delay unless the importing Party had signalled a reservation in the Codex Alimentarius Commission. Such tolerances and maximum residue levels, shall apply between the Parties within 12 months after their adoption.

Codex Alimentarius sets international food standards and guidelines for food production, and the “Lowest common denominator” report by the Center for International Environmental Law (CIEL), highlights that in many cases maximum residue levels set by Codex were higher than the EU (i.e. allowing more pesticide contamination).

Though the draft allows the EU to file a “reservation” on Codex limits, in our view this is becoming increasingly difficult in cases when they are regarded as a trade barrier. TTIP is all about reducing trade barriers that could hinder profits and a trade agreement puts a burden of proof on governments to demonstrate that their protections are “necessary”. The proposed TTIP text also pushes strongly for both parties to find agreement in the Codex Alimentarius Commission (Article 19 of the draft):

The Parties will collaborate in the international standard setting bodies (OIE, Codex alimentarius, IPPC, etc.), with a view to reaching mutually satisfactory outcomes.

For the pesticide industry – both in the EU and US – harmonisation of MRLs and procedures is a key objective for TTIP (see Croplife America and ECPA proposal).

More detailed analyses of the proposed SPS chapter and its implications for food safety have been done by the Institute for Agriculture and Trade Policy and by Friends of the Earth.

2) Regulatory co-operation, which may create a mechanism that harmonises EU standards down to those of the US, or may prevent new EU standards being developed An important issue missing from the latest EU pesticides & TTIP factsheet are the proposed TTIP rules on Regulatory Cooperation that apply to all economic sectors. The EU proposal for text for this element of TTIP, made public in February 2015, includes obligations on impact assessment and creation of a regulatory co-operation body.

Regulatory Cooperation seeks to establish a mechanism to jointly harmonise and simplify all “regulatory actions” (legislation, proposed legal acts, implementation), a procedure which can also be applied for rules on pesticides. Currently over 80 pesticides are used in the US which are banned in Europe. The US government have already made clear in their recent submission to an EC public consultation on endocrine disrupting chemicals (EDCs) that they consider this a very important area for regulatory cooperation to ensure trade is not unnecessarily disrupted.

CHEM Trust has already joined with a large number of other civil society organisations to oppose regulatory co-operation in TTIP.

“It is unacceptable that the EU Commission is claiming that TTIP won’t reduce standards while at the same time they are making proposals that threaten to weaken existing rules on pesticides.

This adds to our belief that TTIP as a whole, and in particularly the provisions on regulatory cooperation, will ultimately be used to water down – and slow down – EU regulations, meaning that we won’t be properly protected from problem chemicals.”

Ninja Reineke was interviewed in a programme on German TV on this issue, broadcast on 20th April 2015. Full details are available here.