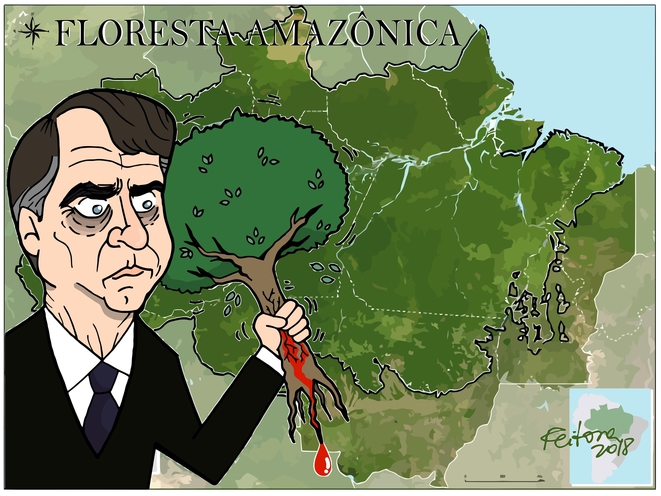 The signing of the Free Trade Agreement (FTA) between Mercosur and the European Union last week represents a major blow for Brazil and other Mercosur countries in national sovereignty, social rights and inclusive and sustainable development projects. Firstly, in the Brazilian context, it is important to understand this agreement as part of the project of an institutional coup still in progress. This is because the agreement will flood Mercosur countries with products and services pushed by the European transnational corporations. This movement goes side-by-side with the privatization wave going on in Brazil, one of the very motivations of the coup, which began in 2016.

Secondly, the context around the signing of the agreement is the worst possible. On the one hand, the European Union, in crisis since 2008, sees the expansion of the interests of its transnationals towards Mercosur and other regions as part of the solution to its serious social, environmental, economic and political problems. The UE finds itself, especially at this moment, embarrassed and almost paralyzed by the trade war between China and the United States. On the other side, Mercosur has its two main negotiating countries, Brazil and Argentina, weak political and economically and marked by neoliberal and authoritarian governments, submitted to foreign interests.

Under these conditions, Mercosur signed this FTA motivated by alleged benefits in the agribusiness area. This position reveals the influence of the ruralist sectors, which are the base of the governments of Brazil and Argentina and are the forces behind the dismantling of environmental protection policies. This reflects the explosion of allowed agrochemicals and the extermination agenda of indigenous and traditional peoples in Brazil. As a result, the market for agribusiness exports is opened up, at a high human cost, as a way of placing Mercosur once again to fulfill its primary export destiny, since the counterpart is the reduction of tariffs for European industrial goods, thus favoring the de-industrialization of Mercosur.

The Brazilian government has already sold Embraer, handed the pre-salt to foreign companies, and is undermining the National Development Bank (BNDES) as part of the de-industrial strategies. It is inexorably following the route of renunciation and delivery of any perspective of national and regional development at all in favor of major transnational interests.

As expected, the final phase of the agreement was negotiated without any transparency and or political debate, preventing monitoring of civil society and the population that will be affected. The details of the text are not yet known, nor the extension of the concessions made by MERCOSUR. But it is possible to see impacts related to openness in the services sector. There will be impact in public services such as water, education, health ; openness in government procurements that limits the use of state purchasing power to foster public policies ; the imposition of border measures that may hinder the circulation of generic medicines ; and the disparity between the blocks in digital economy, impacting on data security policies.

The Brazilian Network for the Integration of Peoples (REBRIP), has followed up on this negotiation since 1999 and has denounced the pitfalls of the "free trade" model that the agreement propagates. On several occasions, we offer negotiators technical information to support positions that are contrary to European demands. We also articulated regional movements against the agreement. After years of resistance, the Mercosur governments finally gave in. It is therefore time to call on social movements to unify regional resistance to prevent ratification of the agreement at national parliaments !