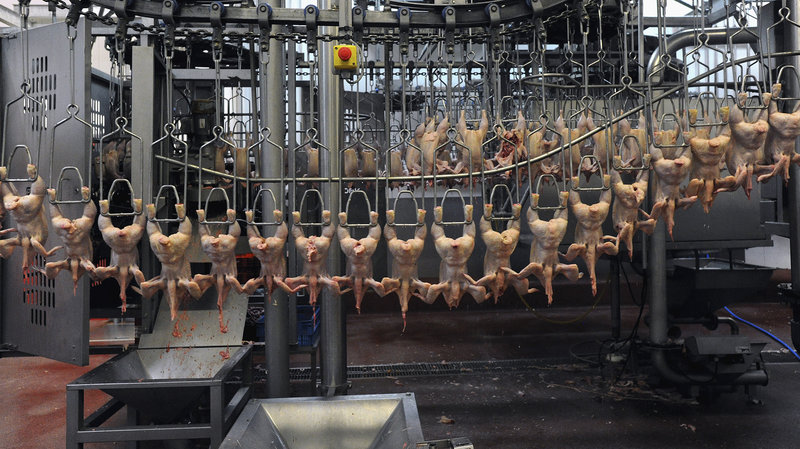 The real goal of the United States and European Union’s so-called “mini-deal” on trade is unambiguous and goes to the heart of Europe’s way of life and approach to the rule of law. U.S. trade negotiators, Agriculture Secretary Sonny Perdue and American farm interests have all been crystal clear: the precautionary principle must go, and now is the time to finally axe it.

EU and U.S. negotiators appear to be in serious discussions to conclude a deal as early as March 18. It would be a mistake to conclude that such talk is just campaign trail bait. In such a deal, the EU would receive short-term relief from U.S. tariff retaliation. In exchange, the U.S. would score long term changes to EU regulations, administrative practice and risk assessment, particularly in agriculture and food products, and more particularly regarding the regulatory use of the precautionary principle anchored in the EU constitution (the Treaty of Maastricht).

The precautionary principle is an approach to regulating that can be summed up with the aphorism, “first, do no harm,” especially in situations when extensive scientific knowledge on a matter is lacking and the public or environment may be harmed. The principle has long shaped important food safety, chemical and environmental policy in the EU. For example, a key requirement of EU food safety policy is traceability, which aims at tracking food and ingredients for human consumption at all stages of production, processing and distribution. This “farm to fork” approach to food safety incorporates food hygiene throughout the production chain, providing the legal and policy basis for restrictions on the use of antibiotics, hormones and other chemical inputs in food production, as well as strict GMO regulation.

The wisdom of employing caution in introducing new chemicals and technology has been proven time and again. Well-known examples of environmental and health disasters that could have been averted or limited with a more precautionary approach include mesothelioma from asbestos exposure, intergenerational birth defects caused by prenatal exposure to the synthetic estrogen DES and drinking water aquifers contaminated by the fast-moving gasoline additive MTBE. Farmers in the U.S. are now helplessly witnessing the fully preventable unfolding dicamba disaster in real time. Despite warnings from scientists and years of evidence collected by then-manufacturer Monsanto, millions of acres of crops worth billions of dollars have been destroyed by drift from this herbicide designed for GMO crops. The precautionary principle enables regulators to learn from these mistakes and avoid unleashing poorly studied technologies with potentially irreversible consequences such as gene editing.

There are some precautionary provisions in U.S. law, including the 1958-era Delaney Clause, which was recently invoked to ban seven cancer-causing chemicals from use as food additives. As a general rule though, and certainly in the context of trade agreements, it is express U.S. policy to reject the precautionary principle in favor of so-called “risk based” regulation. U.S. trade officials and multinational chemical and agri-food corporations often employ the language of “science” to create a false choice to deny the potential for harm caused by lax U.S. regulation in the absence of the precautionary approach. Recent U.S. trade agreements including the New NAFTA have fully incorporated requirements that regulations be based on "sound science," a term invented by the tobacco industry to prevent or confuse scientific consensus. That there are real policy and public health consequences to the different approaches in the EU and U.S. is undeniable. As just one example, the U.S. currently allows use of 72 pesticides that are banned or being phased out in the EU because they have not met health and safety criteria.

U.S. officials are not mincing words in this latest, and potentially furthest-reaching, effort to overturn this fundamental principle of EU law. The precautionary principle is a “an absolutely horrific thing for the world” and has a “stranglehold” on Europe, says U.S. Agriculture Department Under Secretary for Trade and Foreign Agricultural Affairs Ted McKinney. In apocalyptic language, McKinney says its days are numbered: “A day of reckoning is coming, absolutely unequivocally.” Just last week, U.S. Ambassador Dennis Shea excoriated EU officials at a World Trade Organization (WTO) forum, stating the EU’s pesticide policy “restricts trade without scientific justification or benefit to human health” and its food safety standards are “unjustified non-tariff barriers that impede the use of modern agricultural tools and technologies such as biotechnology, veterinary drugs and pathogen reduction treatments.”

Dismantling the precautionary principle has long been a goal of U.S. government trade policy, and as such is nothing new. What is new is the EU’s apparent willingness to jeopardize a foundational principle of the Union in a cynical cars-for-agriculture trade intended to placate President Donald Trump and avoid massive tariffs on European (mostly German) cars. As over 100 civil society groups asserted in a public statement on February 20, “Fear of threats made by the US President to impose high tariffs on European cars cannot be an excuse for retreating on basic public interest. The apparent paradigm shift within the Commission, emerging after months of negotiating behind closed doors and largely shielded from public scrutiny, is highly alarming.”

According to Politico Trade, EU trade chief Phil Hogan suggested that a “mini-deal” could be struck by March 18 to avoid U.S. tariff increases on the European aerospace corporation Airbus, the subject of a 15-year WTO dispute. While Hogan’s hope of avoiding a U.S. tariff increase on Airbus proved to be in vain, the U.S. has refrained, for the moment, from increasing its 25% tariff on European agricultural exports — including wine, cheese and table olives, all politically sensitive in EU member states. The deal being offered up by Hogan could include lowering tariffs on EU-manufactured cars and speeding up approvals of GMO crops. Hogan has made conflicting and ambiguous statements concerning the EU’s willingness to modify its food safety practices in order to accept imports of American meat processed with antimicrobial chemicals such as peracetic acid. Other elements of a U.S.-EU trade deal previously publicly outlined by EU negotiators include conformity assessments and regulatory cooperation provisions that civil society groups fear will diminish consumer and other protections. The speedy negotiating timetable was endorsed by European Commission President Ursula von der Leyen in comments following her meeting in January with Trump at the World Economic Forum in Davos, Switzerland. Perhaps it is no coincidence that von der Leyen, previously Germany’s defense minister, has a strong interest in keeping Trump’s threatened tariffs on German cars at bay.

Call it a “mini-deal” or by any other name, this is a deal that’s being struck for all the wrong reasons. For short-term political goals it sacrifices longstanding protections. It will have lasting consequences that may well be irreversible, as new GMOs are unleashed without adequate review and enduring protections for the environment and public are chipped away. It’s all about advantaging the biggest, most destructive agricultural behemoths at the expense of sustainable policies that recognize the climate crisis. The U.S. is undergoing a significant dismantling of our public and environmental infrastructure right now, and the destruction of incomparable and irreplaceable natural resources. This is no time for the EU to follow down this same heedless path.