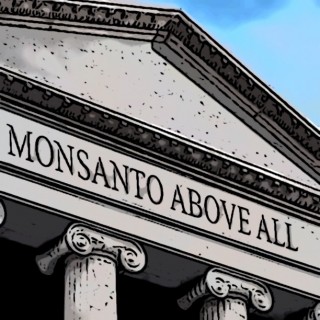 After six years of secret negotiations, the dozen countries that make up the Trans Pacific Partnership (TPP) have finally made the text public. The full implications of the broad-reaching, 30 chapter, 5000-plus page deal will be analyzed intensely in the coming months leading up to a U.S. Congressional up or down vote. Big concerns about the deal’s impact on public health, workers, the environment and the legal rights of corporations are already being raised. A close look at the Intellectual Property Rights (IPR) chapter shows how just a few lines in TPP can turn into a big win for an industry—in this case, the biotech seed industry.

The IPR chapter, a draft version was posted by Wikileaks last month, has already received considerable criticism because of its lengthy patent protection for drugs, which could lead to high costs of essential medicines. But the chapter also requires patent protection important to another sector—the seed biotech industry. Companies like Monsanto and Syngenta depend on strong patenting regimes to control the market for genetically engineered crops. The IPR chapter largely reflects the wish list that BIO, the biotech industry’s powerful trade group, outlined when TPP negotiations began in 2009.

The IP chapter requires all 12 TPP countries to join a number of global intellectual property treaties. One of those treaties is the International Convention for the Protection of New Varieties of Plants 1991 (UPOV 91). That agreement updated the 1978 treaty in several important ways that emphasize the rights of seed companies over farmers’ rights, according to an analysis by Public Citizen and Third World Network (TWN). UPOV91 requires IP protection to be provided for all plant varieties; it requires protection for 20 to 25 years; and it stops farmers and breeders from exchanging protected seeds, a common practice of farmers in many countries around the world.

Of the TPP countries, Brunei, Malaysia, Mexico and New Zealand are not yet members of the UPOV 91. Chile is also not yet a member, though it is already required to become a member under a previous Free Trade Agreement with the U.S. Under the TPP, these countries could face major changes to laws and rules that protect farmers’ rights when it comes to plant breeding and seed saving. The TPP IPR chapter also requires any additional countries that join the TPP to become members of UPOV 91. Countries currently considering joining the TPP include South Korea, Indonesia, the Philippines and Taiwan—none of which are members of UPOV 91.

In order to join the UPOV91, countries have to apply to the UPOV91 Office of the Union, which then reviews the country’s laws on plant variety protection and declares which laws need to be changed, or added, in order to come into compliance and join the convention. Malaysia has already gone through this process, and in order to join the treaty, they will have to change their laws in order to: lengthen the patent time protection for seed companies, prohibit farmers from exchanging seed they have saved and remove anti-biopiracy provisions which protect plants from patents.

Changes in plant patent laws could become very controversial in Mexico. Farm groups in Mexico, considered the birthplace of corn, are leading a campaign called “Sin Maíz, No Hay Paíz” (Without corn, there is no country) that advocates for a ban on GMO corn. They have been successful, and the ban is current facing a legal challenge. Farm organizations argue that the country’s biodiversity and genetic resources are at risk from contamination of GMO corn. Monsanto hopes to double its sales in Mexico over the next five years if the ban is struck down.

Strong opposition may also arise in New Zealand, which currently has not approved any GMO crops for commercialization, requires any imported GMO foods to be labeled, and uses its GMO-free status as an export marketing tool. Brunei is just developing its regulatory framework for GMO crops.

The TPP also requires countries and any future country participants to join the Patent Cooperation Treaty (PCT) and the Budapest Treaty on the International Recognition of the Deposit of Microorganisms for the Purposes of Patent Procedure, which would make it easier to apply for a patent, according to the Public Citizen/Third World Network analysis. Malaysia, New Zealand and Vietnam have not joined the Budapest Treaty.

The argument for patent protection is that it spurs innovation, but that assertion is questionable in the case of plants. A 2011 study looking at vegetable varieties over the last century found a “clear demonstration that massive amounts of innovation occur without the stimulus of patent or PVP law.” In the U.S., where strong plant patent protection exists and GMOs for commodity crops are widely used, research published this year by Kansas State University found that U.S. cropping systems are becoming markedly less diverse and the “homogenization of agricultural production systems” could have “far-reaching consequences” for the food system.

Maintaining genetic diversity in crop and animal production is seen as a critical tool for adapting to climate change, according to a report published earlier this year by the FAO. The report concluded:

It is likely that climate change will necessitate more international exchanges of genetic resources as countries seek to obtain well-adapted crops, livestock, trees and aquatic organisms. The prospect of greater interdependence in the use of genetic resources in the future underscores the importance of international cooperation in their management today and of ensuring that mechanisms are in place to allow fair and equitable—and ecologically appropriate—transfer of these resources internationally.

The international battle over the patenting of plants by biotech companies versus the rights of farmers is not a new one. The biotech industry has won a favorable patent regime through free trade agreements, and through the World Trade Organization’s TRIPS (Trade Related Aspects of Intellectual Property Rights) Agreement. Farmers have fought to protect their rights on seeds through the International Treaty on Plant Genetic Resources, which grants farmers the right to save and share seed. The conflict between these international regimes continues.

This past summer, the Alliance for Food Sovereignty in Africa (AFSA) strongly opposed an effort by some African governments to comply with UPOV 91 through stronger patent protection. According to AFSA, the initiative’s “underlying imperatives are to increase corporate seed imports, reduce breeding activity at the national level, and facilitate the monopoly by foreign companies of local seed systems and the disruption of traditional farming systems.“ AFSA’s concerns were consistent with a recent paper by Australian researchers looking at the impact of intellectual property law on food security in Least Developed Countries. The paper concluded that the one-size-fits-all approach to plant patents found in trade rules like TRIPS do not work in countries reliant on traditional agriculture.

The UN Special Rapporteur on the Right to Food has been particularly critical of trade agreements that require the implementation of UPOV 91, urging instead that countries undertake a Human Rights Assessment (including the Right to Food) prior to signing any trade agreements. In 2012, the FAO’s Committee on Food Security’s High Level Panel of Experts called for countries to adopt the International Treaty on Plant Genetic Resources for Food and Agriculture and urgently implement provisions on farmers’ rights to conserve and curate genetic resources in order to adapt to climate change.

The U.S. government’s requirement that countries join UPOV 91 as part of free trade agreements is starting to see resistance. Last year, Guatemala repealed plant variety legislation, known as the Monsanto law. That law had been passed in order for Guatemala to join UPOV 91 as required under the Central American Free Trade Agreement (CAFTA). The law had sparked massive protests from farmers and indigenous movements.

The TPP IPR chapter represents yet another in a long list of actions by the U.S. government to advocate on behalf of biotech seed companies—including a WTO challenge to European GMO regulations and using State Department attachés to pressure governments to accept GMOs. The industry’s influence within the office of the U.S. Trade Representative (USTR) is considerable. USTR’s Assistant Agriculture Specialist is a former VP at BIO, the industry’s lobbying group. BIO also sits on the USTR’s Advisory Committee on Intellectual Property and has had access to the TPP negotiations and text over the last six years.

The TPP’s IPR chapter provides a glimpse into what this new mega free trade deal is all about. The chapter’s requirement that countries grant patent protection for multinational biotech seed companies has little to do with trade and nothing to do with respecting farmers’ innovations, their livelihoods or countries’ food security. It is about asserting, in a very raw way, corporate power over sovereign nations and the farmers who live there.