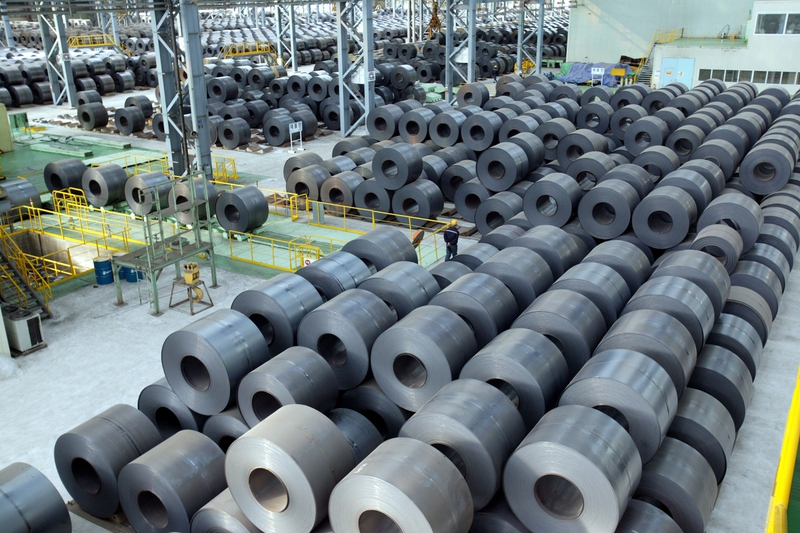 The US Department of Commerce proposed setting quotas to limit steel imports to 63% of 2017 levels, and levying tariffs of 53% on imports from 12 countries, including China and South Korea. The photo shows the Hyundai Steel Factory in Asan, South Chungcheong Province.

The emergence of a number of trade issues involving South Korea and the US – including a plan being mulled over by the US to slap tariffs on South Korean steel and GM Korea’s threat to close a factory in South Korea – is creating uncertainty about the future of the Korea-US Free Trade Agreement (KORUS FTA), just before the third round of negotiations aimed at revising the agreement.

South Korean trade officials and related sources believe that a US government report on steel (based on Section 232 of the Trade Expansion Act) and the fate of the GM Korea factory in Gunsan, North Jeolla Province, are likely to come up during the third round of KORUS FTA negotiations, which will be held in the US at the end of this month. South Korean President Moon Jae-in’s orders on February19 for South Korean trade officials to “take issue with violations of the KORUS FTA and their unfairness” during the negotiations leaves no doubt that the steel tariffs and the GM Korea factory will be addressed.

GM is reportedly considering whether to allocate a new vehicle to the Mexican or the South Korean market. These circumstances are leading experts to conclude that GM is leaning on the South Korean government for some “sincere support” as it considers factories around the world leading up to its distribution of global supply, which is scheduled to take place in March. In addition, US President Donald Trump appears to be indirectly backing up the American delegation to the KORUS FTA negotiations with his claim that GM Korea will be moving back to Detroit, rather than staying in South Korea or relocating to Mexico.

The question of the Section 232 steel report is another issue on which South Korea can give accept no compromises. South Korean negotiators are expected to make a last-ditch effort to persuade Trump not to choose the US Commerce Department’s second recommendation, namely to impose a minimum tariff of 53% on 12 countries, including South Korea. “Steel is sure to have a huge impact because it is connected with the KORUS FTA negotiations, too. We’re looking at the big picture on this,” Paik said.

Since the second round of negotiations, representatives from the two sides have been divided into a handful of groups, including subcommittees on trade relief measures (such as safeguards and anti-dumping measures), automobiles, and investor-state dispute settlements. During the third round, there is likely to be a fierce conflict between the two sides in the trade relief measures subcommittee, which will be focusing on the Section 232 steel report, and the automobile subcommittee, which will be dealing with GM Korea.

Given concerns that Trump could release a barrage of tariffs on South Korean export products, South Korean trade officials are also expected to go on the offensive. “South Korea’s export strategy needs to change a great deal to combat Trump’s protectionism. We have to take steps to manage risk and open up new markets,” Paik said, suggesting a search for markets to replace the US.