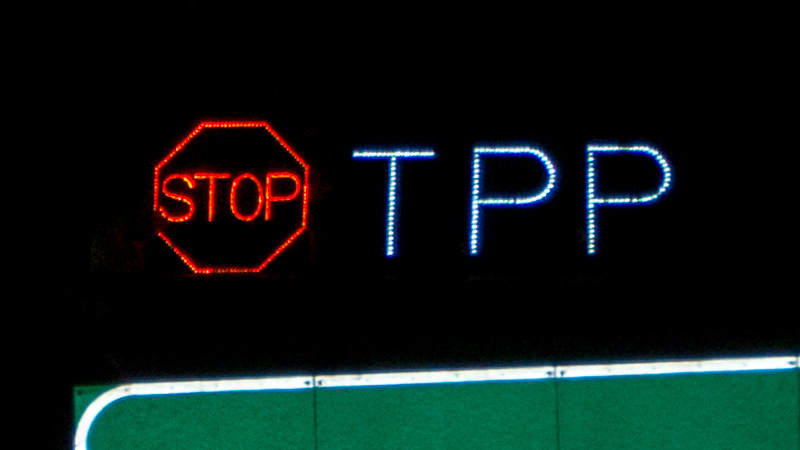 Trans-Pacific Partnership: read the side letters not just the headlines

Australia has entered a wide range of bilateral agreements with countries around the Pacific in a web of special deals which underline the complexity of the Trans-Pacific Partnership Agreement text released on Friday.

These range from guarantees of possible extra data privacy from the US, to more holiday visas with Vietnam, to a special mechanism for tendering to sell rice to Japan.

These annexes and side letters various countries have agreed to, are likely to be more voluminous than the basic 30 chapters in the official TPPA text, making them a critical part of assessing the winners and losers.

Australia has 27 associated documents as well as separate annexes on financial services, state-owned enterprises and trade in services.

For example Trade Minister Andrew Robb and his New Zealand counterpart Tim Groser have agreed the controversial dispute settlement procedures in the TPPA which allow foreign investors to sue governments, will not apply to investments between their two countries.

"No investor of Australia shall have recourse to dispute settlement against New Zealand under Chapter 9, Section B [Investor-State Dispute Settlement] of the TPP Agreement."

This really reflects the comfort each country has with each other’s legal system but highlights the legal complexity that the dispute settlement regime can involve even though it is meant to provide greater certainty to investors.

An interesting concession won from the US means if the US provides greater data protection to foreigners in a trade agreement after the TPPA – for example with the European Union – Australia will win that same protection.

This letter from the US says, "The United States of America will also endeavour to apply extensions of privacy protections with respect to personal information of foreign nationals held by the United States government, to Australian citizens and permanent residents."

The US is less generous about any further access for Australian sugar farmers beyond the extra 65,000 tonnes a year in the basic TPPA which has already disappointed Queensland sugar farmers. A side letter from trade representative Michael Froman to Mr Robb tells him that nine years after the agreement comes into force the two countries can consult on global supply and demand conditions for sugar.

The letter about how Japan is supposed to have an open tendering process to buy Australian rice, runs to five pages outlining six tenders a year, how Japan can set a maximum price, and how the minimum quantity in any tender is 17 tonnes.

But the letter warns: "Japan shall immediately notify Australia of any exceptional circumstance that Japan believes warrants a deviation from the schedule [of six tenders].

Australia has entered five special arrangements with Vietnam from conditions relating to the continuation of Australian investment in Vietnamese airlines to terminating an existing investment protection agreement – although not for five years.

A detailed letter sets out conditions for Australian educational institutions to become involved in distance education in Vietnam with the intention of "providing greater numbers of students with flexible, high-quality and internationally recognised skills and qualifications."

An agreement with Japan seeks to address complications arising from the way the TPPA will extend copyright protection in Japan. It says, "Japan and Australia encourage and welcome industry-led dialogue to be held between individual collective management societies and affected rights holders with a view to addressing and resolving these matters."

By contrast Malaysia, which has an extensive system of preferences for native Malays, has an 11-page letter dealing with the extension of various government preference arrangements.

The US has a five-page letter excluding so-called non-conforming activity by federal financial agencies such as the Federal Home Loan Mortgage Corporation.

When it comes to cutting tariffs on goods trade, Australia has a modest two-page letter setting out some special arrangements to apply to its 392 page schedule of tariff reductions over the next 10 years.

By contrast Japan has seven separate letters running to 86 pages detailing various exceptions and special safeguard arrangements to do with cars, agriculture and quotas.

The US might have less letters than Japan qualifying its own tariff reductions at only five, but they run to 104 pages.