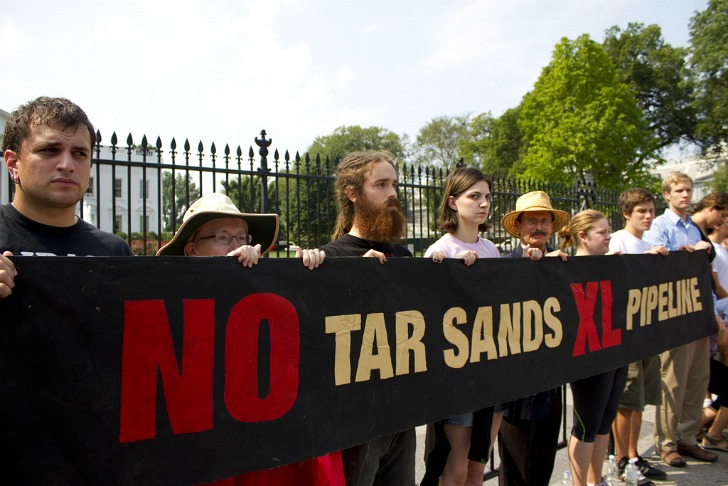 The monthlong suspension of the challenge under the North American Free Trade Agreement (NAFTA) came after Trump signed an executive order smoothing the path for Keystone XL, inviting the company to reapply for a permit after the administration of former president Barack Obama had rejected the project.

If operational, Keystone XL would bring more than 800,000 barrels per day of heavy crude to the Gulf Coast from Canada, which holds the world’s third-largest reserves but lacks the infrastructure to move it easily.

The project has received regulatory approval and government backing in Canada, but in the United States, environmentalists had campaigned against it for more than seven years.

In an entry dated Monday, the website of the International Centre for the Settlement of Investment Disputes showed TransCanada’s legal challenge over the pipeline was suspended until March 27, pursuant to mutual agreement.

TransCanada, based in Calgary, Alberta, confirmed the challenge has been suspended but did not immediately offer additional comment.

TransCanada Corp had sought $15 billion in damages, according to legal papers, seeking to recover what it said were costs and damages. It also sued the United States separately in a Houston court over Keystone XL. A judge suspended that lawsuit last month after Trump’s executive order.

Alberta Premier Rachel Notley, who has been pro-pipelines, said in a media conference call the NAFTA suit’s suspension was a "prudent" move that lets the company "retain their legal rights" without spending large amounts on fees.

NAFTA, whose arbitration provisions allow companies to challenge governments before international panels, has been a target of anti-free-trade sentiments in the United States. Trump has said he wants to renegotiate the pact for more favorable terms.

Trump also has said he wants to do the same for Keystone XL, and analysts have said it was unclear how quickly the pipeline could go ahead if approved.

TransCanada shares were up 1.34 percent at C$61.31 on the Toronto Stock Exchange in early afternoon trading, while the energy sector on the whole was down.